Acne Scars can not just impact your overall skin health but bash your self confidence as well. If you are here wondering why, the scarring definitely leaves behind uneven skin tone and blemishes all over the face. Using castor oil for acne is actually an effective natural way to reduce the appearance of these scars from the face.

Still wondering how it would work? In this article, we are doing to be sharing different ways to use castor oil for removing acne scars effectively.

What is Acne Scars?

Before we jump straight into discussing what acne scars are, it is mandatory to discuss what acne is. Acne is the condition which witnesses the formation of red bumps and inflammation on the skin – especially face and the chest region. For the most part, acne is formed because of the excess secretion of sebum in the skin which gets accumulated in the pores and clogs them. The dirt and microbes from around reacts with the same and form “blister” like formation.

But, what are acne scars?

When the formed acne on the face or other parts of the skin start healing, if it has been pricked, chances are that the acne will leave behind a red scar in its place once it heals completely. This patch of skin which contributes to the skin blemishes is known as acne scars.

Men and women alike, acne scars can be prevalent in anyone. When it comes to describing the process of development of acne, the process is quite simple.

When your skin starts processing and secreting more sebum than it should, it ends up clogging the open pores on the skin. This often ends up, causing acne for the most part. Interaction of dirt and bacteria also tend to play a crucial role in the process of formation of acne and pimples on skin.

Following the development of acne, we often end up either pricking it or use over the counter medications to dry out and heal the pimple. Whatever the condition be, it often ends up leaving behind a red scar on complete healing of it. The same add to the overpiling skin blemishes and can make the skin tone uneven as well.

When it comes to is castor oil good for acne, the answer is actually an absolute yes. With every aside, it is beneficial to understand that the application of castor oil is not just beneficial for getting rid of the acne and pimples; it also contributes to healing and repairing the skin from within which is an added bonus.

If you are here wondering why use castor oil for acne, we have some light to shed on it.

How to use castor oil for acne scars?

Now that we have more or less discussed about the common grounds of why castor oil for pimples is actually beneficial, it is time we delve into the various ways in which one can use castor oil to treat the acne scars for good.

1.Castor Oil by Itself

Not just that, the application of castor oil also helps moisturize the skin from within and gets rid of the dead skin cells on the surface of the skin. Apart from that, it also further controls and regulates the oil production on the face, which further aid in removing the acne scars.

The lesser the free radical damage, the better the skin health. This is the primary reason why the combination of castor oil and tea tree oil helps in warding off the acne scars for good. 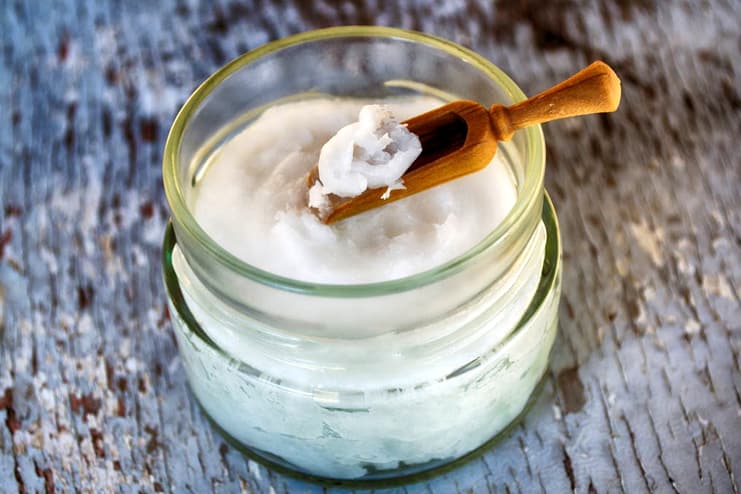 Coconut oil is one of those most common natural remedies and ingredients that majority of the people end up taking for granted. The fatty acid chains in the coconut oil (R) are actually quite beneficial in healing and moisturizing the skin from within. If you have been using castor oil for acne treatment, adding coconut oil to the mix simply accentuates the process and makes the healing process a lot faster.

The antimicrobial efficacy (R) in both the oils actually does contribute to the prevention of induction of acne and pimples while the nourishing properties aid in getting rid of the dead skin cells clogging the pores and regulates the oil secretion in the skin. 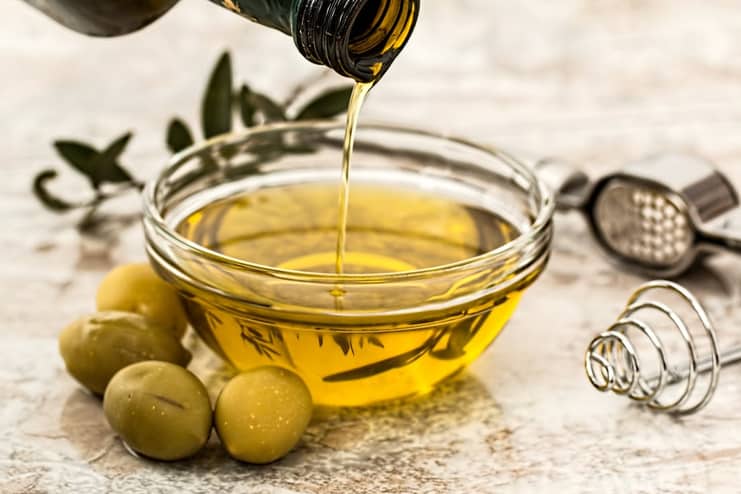 Yet another common addition to the list of remedies using castor oil for removing acne scars include olive oil. Not only does the olive oil helps fight off the redness (R) and inflammation (R) in and around the breakouts; it also helps in warding off the development of acne because of its effective antibacterial properties.

Olive oil, much like castor oil, is also loaded with beneficial antioxidant (R) properties which aid in getting rid of the formation of acne and pimples effectively. The combination of these two promotes in healing the acne scars and provides you with clear skin. 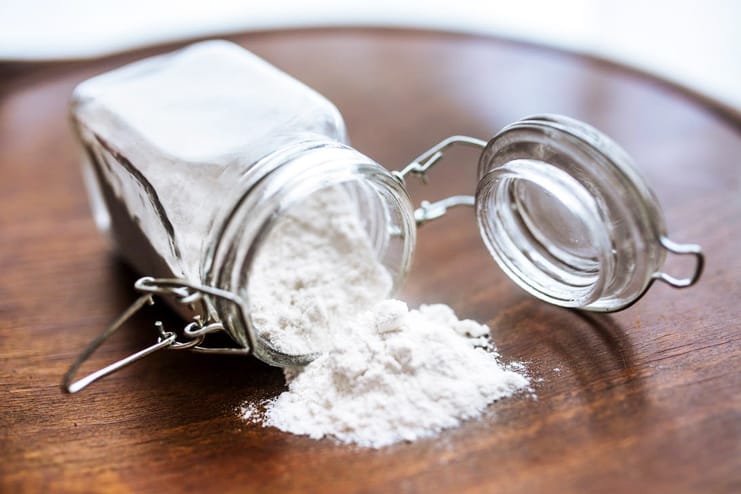 Baking Soda not just imposes beneficial anti-inflammatory properties to get rid of the inflammation and redness (R) that is often prevalent around the acne and the pimples. Not just that, the antiseptic properties of the baking soda further aids in getting rid of the proliferation of the acne and soothes the caused irritation on the skin.

The addition of baking soda with castor oil for acne is actually quite beneficial in drying out the new breakouts and heals the same from within to prevent further worsening of the condition. Baking soda also mildly exfoliates the skin to get rid of the dead and dry skin cells from the skin layer.

Inhale some steam before the application of the remedy. This effectively opens up the pores for further activity

The combination of zinc and castor oil is yet another effective remedy for getting rid of the acne scars. The intensive antibacterial (R) properties of the zinc against the acne causing bacteria are what help in preventing the development of the acne and pimples in the first place.

Turmeric is yet another potent natural remedy that effectively accentuates the benefits of castor oil for acne. It is loaded with antibacterial (R), anti-inflammatory (R) as well as antiseptic properties which play a crucial role in abstaining the growth and spreading of the acne and pimples.

Mixing turmeric with castor oil beneficial helps in not just getting rid of the acne scars but effectively aids in preventing the advent of acne in the first place. Turmeric also helps in skin repair and gets rid of the dead skin cells that often times end up clogging the pores.

While the castor oil to treat acne has been quite prevalent, mixing it with almond oil takes it to a completely different level. The enriching Vitamin E properties in the Almond Oil (R) essentially boost the overall appearance of the acne scars and boost the collagen production which further helps lighten the appearance of them.

The combination of castor and almond oil also help in regulating the secretion of the sebum and oil in the skin which further gets rid of the acne and the blemishes surrounding it.

The combination of Neem oil along with castor oil for acne treatment is actually beneficial and provides the results everyone seeks. Much like castor oil, even Neem is loaded with beneficial quantities of antiseptic, antibacterial (R) and antioxidant (R) properties which have beneficial impacts in getting rid of the acne and the acne scarring that’s caused.

The application of these two promotes in prevention of the induction of acne on the skin in the first place which is one way to ensure that there are no remnant acne scars.

The application of grapeseed oil is quintessential when it comes to healing the acne breakouts. Not only is it rich in Vitamin E which promotes better and faster skin repair and healing (R), the grapeseed oil is also loaded with linolenic acid (R) which is known for its impacts in removing the acne scars when used along with the castor oil.

The combination of the castor and grapeseed oil, to an extent, helps in not just preventing the induction of acne and breakouts but also aid in getting rid of the appearance of the scarring that they leave behind once healed. 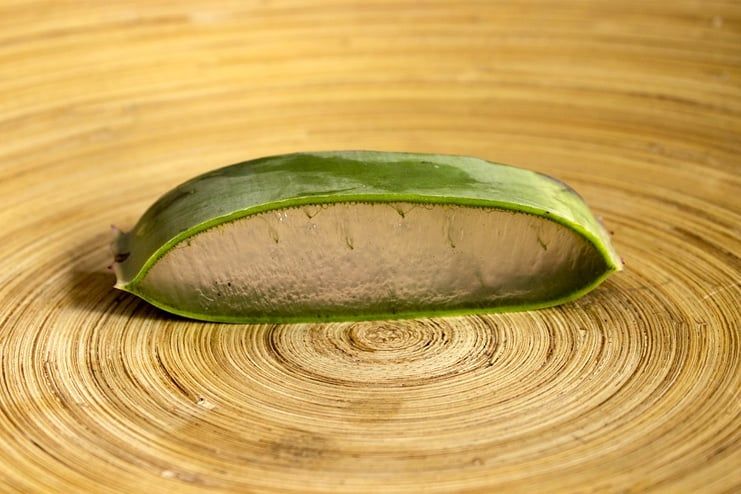 The usage of Aloe Vera in skin healing and repair doesn’t necessarily require a separate introduction. The beneficial antioxidant (R), antimicrobial (R) as well as anti-inflammatory (R) properties not just have soothing benefits on the skin, it helps ward off the inflammation and redness that’s caused. 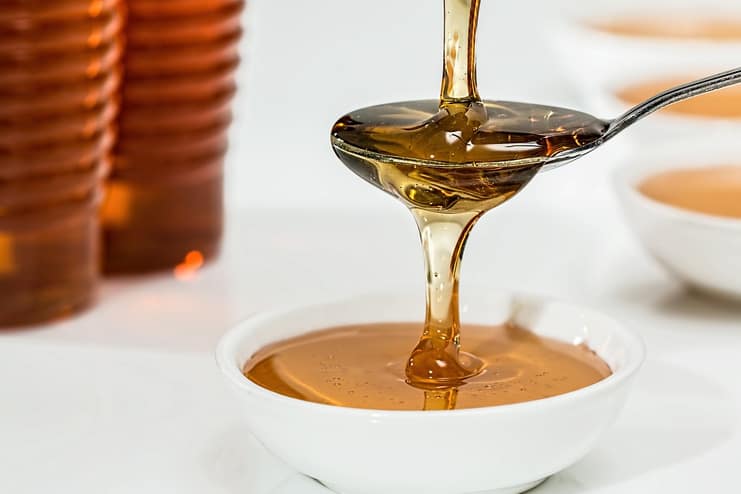 Honey is known for its moisturizing (R) (R), antioxidant (R) as well as antimicrobial (R) properties which further aid in getting rid of the acne scars when paired with the castor oil. The combination of the two actually does penetrate into the skin and promotes the healthy skin repair which further accentuates the healing of the skin from within.

The castor oil predominantly prevents the proliferation of the acne and the honey helps in repairing the skin and moisturizing it from within.

How Long Does It Take For Castor Oil To Clear Acne?

Castor Oil and everything that it has been paired with in the above mentioned section, for the most part, is natural ingredients. Because of that, it is beneficial to understand that if you want to witness results, it is important to apply the same on a daily basis and not skip on it.

Regular usage of the castor oil for acne provides with astounding results in getting rid of the blemishes and the acne scarring with ease.

If you have been using castor oil for acne scar removal, it is better to switch up the same old routine and add a few more natural ingredients to the mix to further accentuate the process of skin repair and healing.

In the wise words of Benjamin Franklin : “Early