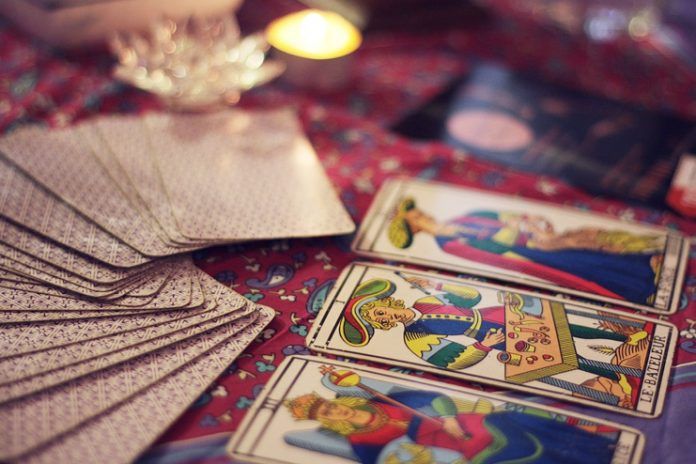 Every person has their own definition for spirituality. The common definition of this term describes it as the reincarnation of any form of human spirit or soul with opposition to the presence of any kind of physical or materialistic things.

With that being said, it is necessary to understand for a fact that spiritual beliefs are going to differ and some might even be a conundrum. Beliefs in spiritual existence is much more than the scientific realms of its existence, while some believe in spiritual presence, some tend to brush it off to the side due to lack of scientific evidences to back those claims up.

In this article, we are going to be talking about the rarely known and discussed facts about spiritual life that not many people are well versed with.

1. We Have Experienced Death Before

What if I told you that sleeping mimics death? Sounds a bit intimidating, doesn’t it?

In the world of spiritual beliefs, it is said that our spirits leave our body (R) every night when we sleep to travel to different places, to visit places that they feel their root belongs to.

Not just that, we are believed to have already met our better halves, our families and even attended several meetings and trials held at the spiritual courts for our wrongs and rights. Sounds like something out of the movie, doesn’t it?

It is said that this process of an apparition of the soul is similar to death which is why we have experienced death before but the only difference is the fact that our soul, in this case, doesn’t detach itself completely from the body. In case of death, the soul or the spirit makes the final exit through a particular point, detaching itself from the body.

2. Spirits Sometimes Haunt The Corner of the Streets

Have you ever noticed that dimly lit streets with little to no inhabitants are often the site of accidents and murders? Ever wondered why?

It is believed that these street corners are often inhabited by several spirit families, their nature being neither good nor bad. The discourse of your fate depends on your own doings and beliefs. While some might be the reason behind the accident, some might even save you from a near death experience.

Chanting some prayers for protecting the family is often considered as a positive impact on one’s safety and health.

3. A Fetus Exists Without a Spirit Until Their Birth

Spiritual beliefs state it as a fact that the fetus, until it is born and sees the light of the world, is not inhabited by the spirit. The spirit traverses the course of time along with the pregnant mother and acts as a guardian protector of their health and body.

Once the fetus is developed completely and is going to be delivered, that the spirit finally fuses with the body of the fetus. Not just that, the shrill cry of the baby is believed to be when the fusion finally happens.

Just when the fusion happens, it washes away any kind of remnant memories (R) of the spiritual life before birth and is finally a human now with a body and not just a wandering spirit.

4. You Just Don’t See A Ghost Until They Permit You To

Have you seen ghosts before? Felt their lingering presence in close proximity to you? Yes? No?

It is said that ghosts or spirits (for that matter), have an increased frequency that is not possible for humans to trace and see, until and unless the ghost themselves lower their frequency and make it possible for the humans to feel and (sometimes) see their presence.

While some studies claim that they have a low sound frequency (infrasound) (R), some claim that the presence of altered magnetic fields can be an indication of their presence. Whatever the claims are, it is mandatory for the ghost to permit for you to actually see them. They wouldn’t want it any other way!

5. Ringing or Beating Ears Are A Sign of communication

If you are an enthusiast in the spiritual world, you are probably well versed with the concept that ringing or beating ears (R) are sometimes considered as an indication of a close spirit calling your name. Well, this is a partial myth.

While the persistent ringing or beating in the ears doesn’t necessarily mean that a spirit is calling your name, it also is completely wrong that this might be an indication that a spirit might be trying to communicate with you. There are not many studies to back this claim but it is considered as the possible explanation.

It is most likely that your guardian angel is trying to reach out to you. If that is the case, you can actually reach out to a certified diviner to see what the fuss is all about.

We all have our own spiritual watchers. It is said that if there is a premonition of something bad that’s going to happen to a woman, the spiritual watchers compel and instigate a pregnancy, which then sometimes results in miscarriages, so as to alert the woman of their lack of well being.

Miscarriages drag the person to see a doctor, which helps them source and locate the problem with their body, hence, bringing them cure and healing their problems.

That being said, not all miscarriages arise due to similar reasons. This is just one such rare case occurrence that often explains the spiritual side of the realm of beliefs behind the cause of miscarriage of a fetus.

For the most part, it is believed that miscarriages are the soul’s signal of not being ready to be reincarnated (R) which is why they decide to not see the light of the day.

Even if it’s hard to believe, our age is heavily dependent on our consciousness. According to spiritual sayings, our past, present and even the future co-exist (R) together. Spooked? It is true though.

How you look and feel is how your consciousness makes you feel. If you are 80 years old but feel energetic, happy and hyped, there are chances that you are going to look so as well. But, the same thing, if you are 20 and you feel like that of an 80 year old person, you are more likely going to experience the symptoms of it as well. Fatigue, aching joints, hip pains, near death experience – you simply name it.

Your existential feeling correlates with your conscious acceptance of time. Let your conscious self believe that you are 20 and there are possibilities that you will look and feel the same.

Much like the lost city of Atlantis which we read in history and story books, there are possibilities that the same might happen to Japan someday too.

Spiritual explanation believes that the frequency of Japan is way too high for the normal realms of Earth. And the worst part? It keeps rising with every passing day.

Have you ever hear of spiritually charged regions? Here (R), are the top places that are said to be spiritually charged, Japan too, is categorized to sit atop one of the highest force fields that exceeds the normal realms of the Earth. This is what is expected to up and out this country off existence in a matter of few decades.

Not to mention, the persistent earthquakes that this country is subjected to.

There are sayings that spirits tend to get repelled by the positive energy from the church, the cross being their worst enemy. What if I said that the spirits actually like being in the churches?

Spiritual readings and beliefs suggest that the high frequency along with the sound in the church is what attracts the spirits to reside there. The constant hymns, music, choirs and buzzing frequencies fill the spirits and actually attract them and that includes the negative beings too.

There are still no actual evidence confirming the fact but these beliefs (R) are made from strong readings and beliefs in the spiritual world.

10. Rains Might Be The Affirmation To Your Problem’s Resolution

If you have been consistently seeking resolution for any of your problems, be it financial or even emotional distress, the studies of spirituality claims that you should wait for the rain as an affirmation.

If you asked for something and you see it’s raining outside, run outside and let the rain drops touch your skin. This signifies an affirmation that your problem will be resolved. The rain is what symbolizes as a blessing to your wishes (R) and problems.

11. Restrain Yourself From Throwing Bread Away

Before I even proceed any further, let me just clarify for a fact that bread signifies prosperity. This is the primary reason why throwing away bread is considered a taboo and symbolizes throwing away prosperity.

In spiritual terms, bread is counted as wealth which is why it is also best to not throw it away. If it’s spoiled, soak it in some water and crumble it, instead of just throwing it away.

12. Look Out For Signs of Affirmation or Denial

We are believed to always be surrounded by our non-physical guardians who insinuate the goods and bads about our expectations. If you are going for a job interview and there’s something or the other prohibiting the same, there are chances that this job is not the one for you.

While you may brush off some of these signs as coincidences, it might be an actual signal about something important. Look out for these signs and understand their significance; double think and judge every decision before sealing the deal finally.

All of these are considerations under realm of spirituality and as said, believing in spiritual living and existence is completely dependent on one’s beliefs and thinking. These are the top 12 facts about spirituality that not many people are aware of.

Are You Spiritually Awakened? Know All About Getting There – No Super Powers! Just Realization!

Health Tip Of The Day #healthybreakfast #wheat #he

Make Up Tip Of The Day #makeup #tipoftheday #beaut