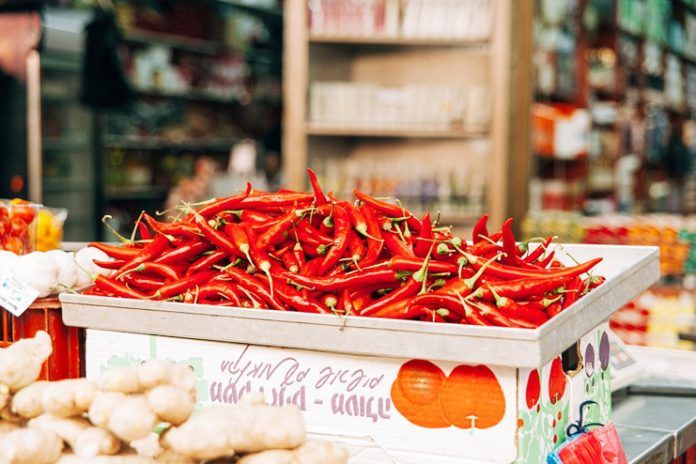 A new research reveals that the fat-burning compound in the chilli peppers might be the answer to effective weight loss without the infliction of terrible side effects. The experienced and talented researchers from the University of Wyoming in the United States have been playing around with the compound, Capsaicin, present in the chilling peppers to test their potent fat burning capabilities.

The experiment was conducted by the scientists under the University of Wyoming and they found that the compound, Capsaicin, which is solely responsible for imparting that hot flavor and pungency to the pepper was beneficial in the process of long term weight loss as well as regulated metabolism in the mice who were consistently fed a high-fat diet for an extended period of time.

The drug, named Metabocin doesn’t inflict instantaneous release of the capsaicin but does a gradual release of the compound throughout the entirety of the day, thereby exerting effective anti-obesity effects on the body, assuring no side-effects or inflammation in any of the organs in the mice.

The research, which was led by an Indian-origin scientist, Dr Baskaran Thyagarajan in a recently issued statement clarified the outcome he and his team observed after the administration of the novel drug. He said that they noticed remarkable improvements in the levels of blood glucose and cholesterol along with an improved insulin response and proper functional regulation of the fatty liver. According to their conclusions, the administered drug reversed the effects of the high-fat diet that the mice were fed with.

Metabocin (the capsaicin derived drug) can only be taken orally and their mode of action involves targeting the TRPV1, otherwise known as the Transient Receptor Potential Vanilloid Sub-family 1. These receptors are noticeably found in ample amounts in the fat cells and the stimulation of these receptors caused the fat cells to start burning the excess fat molecules down to produce energy instead of accumulating or storing them. This is what the scientists are expecting to cause the remarkable weight loss.

Even after all the positive results, the one question that made room in every person’s mind was if it can be consumed on a long-term basis and if or not the same is going to inflict any negative side effects on the body. Addressing all these questions, Dr Thyagarajan explained that the drug had been administered on the mice continuously for over eight months and it proved safe for consumption with no noticeable side effects.

If after reading this you think that eating chillis and spicy food is the answer to your weight loss questions, you are sadly mistaken. The capsaicin that we get from spicy food and the chillis we consume isn’t effectively released and absorbed for it to show its effect in weight loss. The scientists who worked behind Metabocin clarified that they have tweaked and modified the capsaicin to ensure sustained released and effective absorption.

The research paper (R) was published recently on July 17th, 2018 on MedicalResearch and is going to be presented in the upcoming Annual Meeting for the Society for the Study of Ingestive Behavior.

How To Reduce Cholesterol Naturally?

Somapika D - September 29, 2020
0
Meditation is an art. Irrespective of what people say, it is not likely that everyone can practice meditation and focus their concentration that easily....

How to Get Rid of Hemorrhoids | Hemorrhoid Relief

14 Ways To Main A Healthy Lifestyle For A Rejuvenated Mind...