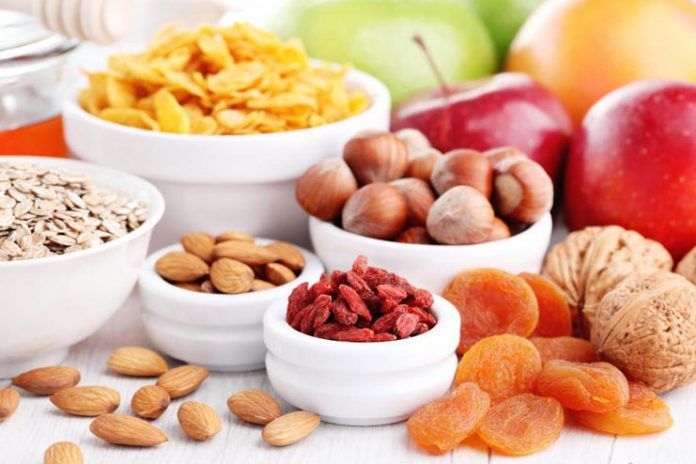 If you are suffering with crohn’s disease or an inflammatory bowel disease (IBD), the first you have to do is to gain control over your calorie consumption. Crohn’s disease causes problems in the digestive system, which makes it weaker and you feel pain in your abdomen area. To counter this, you can consider few ways such as trying some healthy foods to control crohns disease.

According to the experts, although eating healthy food does not help in healing your gut, they can provide you some required nutrition without raising symptoms.

Here is the list of some best foods which can help you in providing ease to your digestion and control crohn’s disease. However, experts say that good crohn’s diet is required to get most of the benefits to counter crohn’s disease.

Eggs have always been considered as a complete food itself. It is high in protein and also helps in controlling the effects of crohn’s disease, according to the reports. Eggs in any form such as scramble, hard-boiled and soft cooked, you can get proteins from eggs. It is one of the effective healthy foods and you should always keep them in the fridge.

Unlike the soluble fibers, insoluble fibers drops, water into the colon and can make the diarrhea condition even worse in people suffering from crohn’s disease. Oatmeal consists soluble fibers. Soluble fibers help in absorbing water in the body and passes more slowly through the digestive path, according to the experts. Nutritionists say that soft cooked oatmeal is a great breakfast for the patients with IBD.

Experts say that nowadays’s people are just not eating the required number of vegetables in their diet. People eats lot of carbohydrates in their diet which can be understandable and okay, but healthy nutrients are not present in their diet. Apart from this we also lose various healthy nutrients while eating boiled vegetables as those nutrients gets lost in the boiling process. To counter this, vegetable soups of pumpkins, butternut squash, carrots as well as parsnips can solve your problem. Additionally, you will also not lose the nutrients which get eliminated from the vegetables during boiling.

Experts says that among your total calorie consumption, 25 percent should come from proteins. This calories help in internal body healing. Experts also say that you should eat lean meats, such as seafood, to get protein. Fishes should be your first choice, especially filled with omega 3 fatty acids. Salmon in rich in omega 3 fatty acids Other fishes such as shrimps as well as tilapia also considered as nutritional as well as easy to digest as well.

The main content in pureed chickpeas, hummus as well as pureed lentils are the rich sources of lean proteins as well as various other nutrients. Although these beans may feel little dangerous for people suffering with digestive problems. However, according to the experts, these foods are considered as safe during crohn’s diseases as well.

Chicken as well as turkeys are considered as very rich in proteins and lean proteins. Apart from that they are easy to digest as well, according to the experts. This ability makes it a great food for people who are having digestive problems with their crohn’s disease.

20 Health Benefits Of Meditation According To Science

Black Seed Oil for Weight Loss – Is it effective?

Somapika D - September 26, 2020
0
We all love indulging in coconut milk every now and then, right? But, were you aware of the coconut milk health benefits? Probably not,...

Have a diabetes diet chart handy