HealthSpectra
Home Health Tips 7 Ways To Make Yourself Burp For Relieving The Gas Out Of...

If you feel like you have unnecessary levels of air in your stomach, chances are that you will end up feeling bloated and uneasy through and through. The best way to get rid of the same is by opting for some of the natural ways that help in relieving it without any negative impacts on the body.

By the end of this article, you will have a fair knowledge about how to get a burp out that’s stuck in and making you feel uncomfortable through and through.

Is It Good To Make Yourself Burp?

Instead of answering your question of whether or not making yourself burp is good, let us focus on what would happen if we didn’t burp at all.

There are a number of possibilities, our physical well being is composed of a number of organs and their functioning is dependent on a number of factors involved.

To make things easier, let us start from the beginning. Our body, on average, produces around 1-4 pints of gas every day. Now, you must be wondering, where does this much gas come from, right? Well, the breakdown of food is the most important factor that plays a crucial role in the production of gas in the stomach.

Additionally, you also accumulate gas when you are chewing food, inhaling air and so on and so forth. All of these gas sources add up in the stomach, thus distending the stomach walls even more so. In order to relieve the accumulated gas, we tend to burp or fart a lot throughout the day and the process is completely natural.

There is nothing to be embarrassed about. Now imagine that this process comes to a halt and you are not able to find ways to relieve the gas accumulated in your stomach. The pressure exerted by the gas not just has the capability to end up distending the stomach walls and making the muscles loose, it also has the possibility to end up causing issues with the process of digestion.

All that being said, do you still want to know if it’s good to make yourself burp knowing the consequences it would bring forth if you didn’t?

Read: 9 Ways To Get Rid Of Excessive Burping That Work

How To Make Yourself Burp?

When it comes down to the ways to get air out of your stomach, the process is not that easy. After all, everything done naturally is what results in the better activity of the body.

The process of burping often comes naturally but if needs be, the same can be induced as well. In order to help you get an outlook on how to make yourself burp, we do have some insights to share along with you.

Let us take a look at some of the tips to burp yourself, shall we? 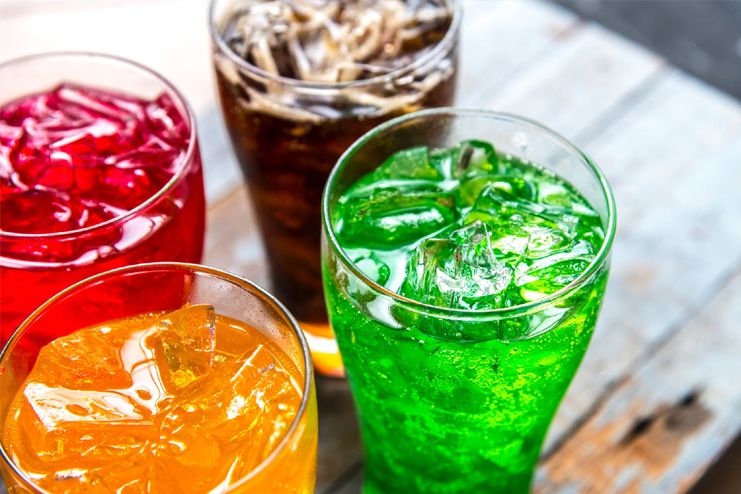 One of the best ways to make yourself burp is by drinking more of the beverages, especially carbonated beverages. This helps in creating a pressure, thus helping reduce the buildup of gas around in the stomach.

Often times, drinking this with a straw further helps get rid of the gas even more so.

If the carbonated water doesn’t work in getting the air out of the stomach, yet another trick is to drink water to channel the same benefits. For this, all you need to do is hold your breath and pinch your nose through the process so as to ensure that you don’t end up releasing any of the excess air from the body. 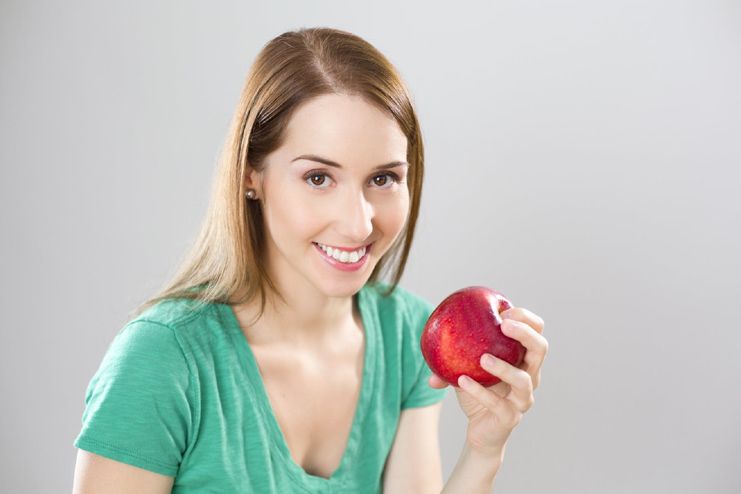 Yet another one of the best ways to get gas out of your stomach is by consuming airy foods. Now, you might be here confused thinking what even does airy food means, right?

Well, airy foods like apple can be of immense help in warding off the problems associated with your issues with lack of burping.

Have you ever wondered why you tend to burp so much after you are done eating an apple? The main reason behind the same is because of the fact that it has got a lot of air in it which releases once you start eating them.

Additionally, even pears and peaches have been found to have similar impacts in helping you belch. Also, it has been found that chewing a gum or eating a hard candy helps to make yourself pass gas. While they don’t technically contain air in them, chewing them forces you to swallow it which further ends up leading to a burp. 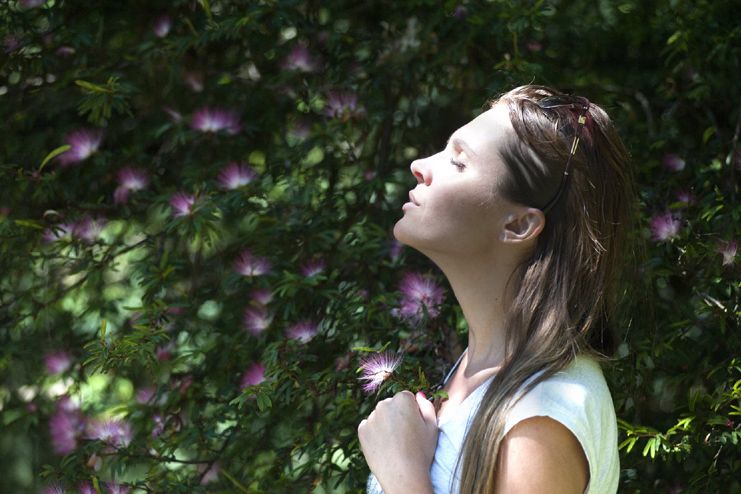 Often times, the way you are breathing has a very massive impact on the burp that you were about to have. Being slouchy while breathing tends to make the burp get stuck midway, thus making it a lot harder to get it out.

Following a meal and even in general, try and sit upright to help get the accumulated gas out of the body easily. This also does make it a lot easier for you to burp.

Read: Treatment For Anxiety Breathing – Know How To Stop 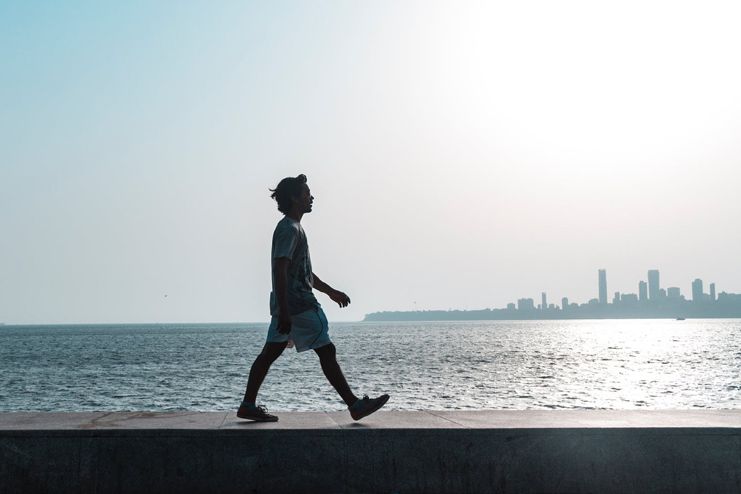 There is a reason why people suggest taking a casual stroll after a meal to help boost the digestion and even get rid of the unnecessary gas accumulated in the body.

When you are finding ways to make yourself burp, swallowing air is often considered as one of the best ones in the lot. Start by inhaling and exhaling normally for a few times.

Following that, simply instead of breathing out the inhaled air, swallow it in. What this does is put excess pressure stomach, thus making it easier to burp the moment later.

The only line of caution in this is to ensure that you don’t end up doing it quite often. The same does have the potential to end up causing flatulence and make you burp around multiple times in successions. 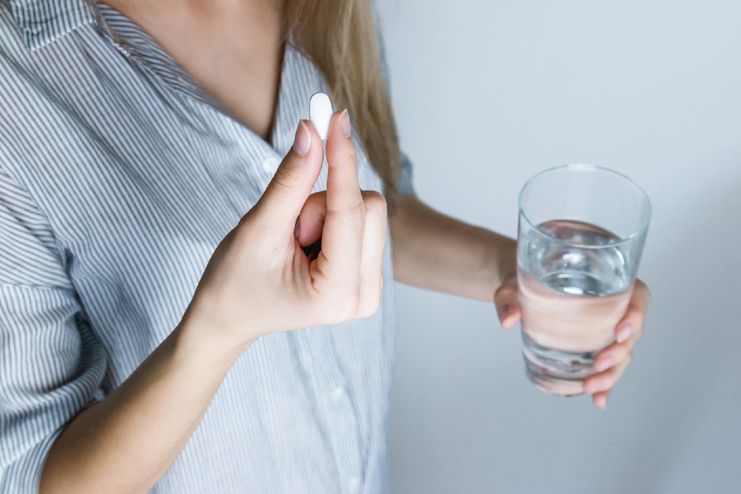 You might be thinking how can antacids, which are meant to prevent acidity, help you burp? Well, it has been found that while antacids help in relieving the condition of acidity quite effectively, burping is often a side effect of the same.

There are several calcium carbonate supplements and even some chewable tablets which are very effective in not just boosting your digestion, but also helping in get rid of the problems associated with the lack of burping.

Not technically the best of the options but this one does work to get air out your stomach effectively.

This is often suggested as the last resort if you feel like none of the other methods are working out. Given the possibility that the same can end up making you puke as well, it is best suggested to not force it right after a meal.

Put your finger inside the mouth and try triggering the gag reflex to get yourself to burp and relieve the accumulated air inside the stomach.

Just ensure that you don’t put too much pressure because the same can end up making you vomit.

Finding the ways to make yourself burp are not that extensive. It is important that you try making it happen naturally and keep the rest of the methods as the second resort if nothing happens. You burp yourself to relieve gas and that should be it. Don’t try to overdo it because the same can end up imposing negative impacts.

12 Effective Ways For Treatment For Bedsores For Faster Recovery

Top 11 Tips On How Not To Treat Diabetes Wrongly

20 Practical Ways to Stay Relaxed Through Out The Day

Somapika D - January 11, 2021
0
There must be times when you are not able to focus on yourself or your work. Your mind is more occupied with stressful thoughts...

Learn How You Consolidate And Solidify Your Memories