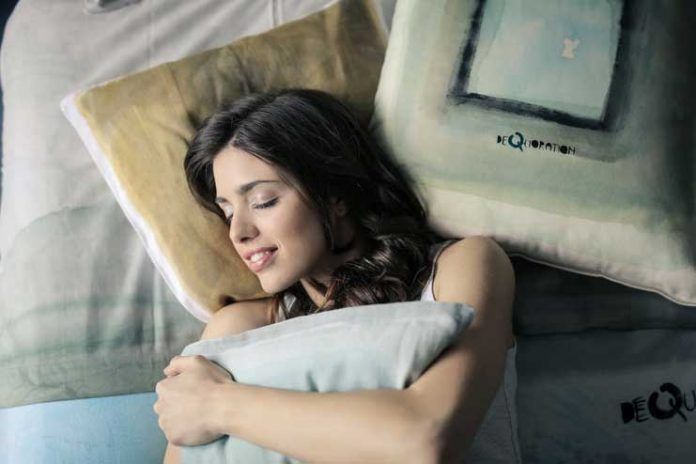 Sleep is crucial for our overall wellbeing. It goes without saying that lack of sleep of even people suffering from insomnia tend to have labored well being and an overall affected life. The quality of sleep you have does have impacts on your brain’s cleaning process, if you didn’t know it.

A new study (R) conducted by the researchers from the University of Rochester Medical Centre showcased how one’s depth of sleep has the capability of efficiently cleaning away the harmful toxic proteins and waste out of the brain.

Owing to the fact that sleep does come in spurts and a lot disrupted with age, the study also emphasized and extensively explained the links between the lack of sleep with aging, sleep deprivation and even the heightened risks of Alzheimer’s disease.

Maiken Nedergaard, M.D., D.M.Sc., co-director of the Center for Translational Neuromedicine at the University of Rochester Medical Center (URMC) who is also the lead author of the study stated the sleep is a very important factor when it comes to the function of the waste removal from the brain and the conducted study successfully shows that the better the sleep, the better is the detoxification. He further added that this also does explain how sleep and sleep deprivation can have impacts on the early onset of the age related diseases like Alzheimer’s and Dementia.

In this study, the researchers have successfully established the fact that it is the slow and steady cardiopulmonary activity during the non-REM sleep which has important impacts on the overall functioning of the glymphatic system which is responsible for removing waste from the brain. This study was explanatory of why some form of anesthesia does lead to some cognitive impairment in the brain.

The presence of the glymphatic system and its impacts on the brain detoxification and waste removal was first established in 2012 by Nedergaard and her colleagues. In the study, the team of researchers found that the brain, which had its separate ecosystem, did have a system of plumbing which uses blood vessels and does pump cerebro spinal fluid through the brain to wash away the waste and toxins. They also subsequently found that the entire system was primarily active when we were asleep.

In the recently conducted study, the researchers did conduct the experiments on the mice, administering them six different anesthesia regimens. While the mice were under anesthesia, the researchers analysed the brain electrical activity, cardiovascular activity as well as the cleansing flow of the CSF through the brain.

On their further analyses, they found that it was the combination of the drugs, ketamine and xylazine which was found to replicate the slow and steady electrical activity in the brain along with the slower heart rate which is characteristic of the non-REM sleep.

They also found that the impacts of this drug combination did have the optimal benefits on the glymphatic system in the brain.

Lauren Hablitz, Ph.D., a postdoctoral associate in Nedergaard’s lab who is also the first author of the study stated that the synchronized waves during the neural activity in the brain during sleep especially that of the deep-slow wave sleep along with the firing patterns is what did end up coinciding with the CSF flow in the glymphatic system.

Hablitz further stated saying that the chemicals which are involved in the firing of the neurons, the ions, to be more specific, conduct a process of osmosis which is what is responsible in pulling the fluid through the brain tissue altogether.

The study, apart from the common grounds of finding the impacts of sleep on the brain cleansing on normal grounds, also did emphasise on the same functions as we age. Given the fact that it becomes harder to achieve better quality of non-REM sleep as we age, it was possible that the same could be indicative of the heightened risks of Alzheimer’s and Dementia.

It is believed that this study could provide with better perspective into understanding and coming up with better clinical approaches encircling the same, like that of sleep therapy for the population at risk.

Apart from all of this, the researchers also did find negative impacts of the anesthesia on the brain activity and the glymphatic system activity in the mice. This problem was found to be more in the elderly patients who are subjected to such anesthesia for a surgery and such.

Wrapping everything up, deep sleep is associated with potent brain functions and detoxification with the aid of the glymphatic system. The better the sleep, the better is the getting rid of the toxins and waste out of the brain.

Somapika D - February 10, 2020
0
If you are suffering from diabetes, you’d know how important it is to always keep an eye out on the glucose levels in the...

23 Important Flaxseed Benefits That is Important to Be Aware Of

11 Magnificent Health Benefits Of Being In A Relationship – Love...

Tiny implantable device might be the key to weight loss, new...