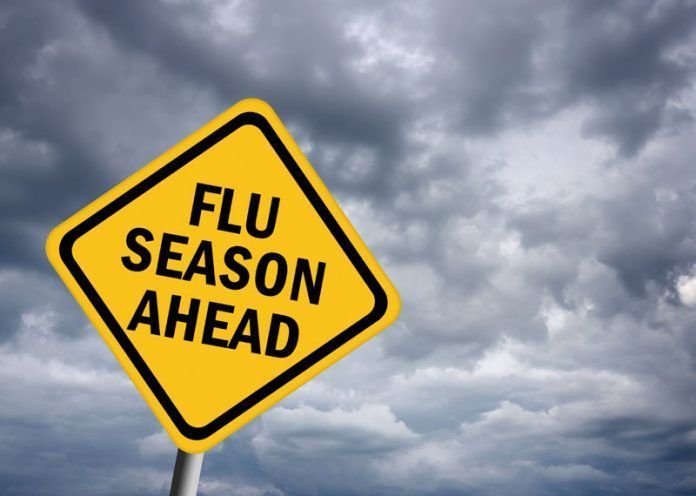 It might be a bird, it may be swine, it might as well be some mystical combination of alphabets and number. Yet if, and when it hits you, you may be left feeling like Che Guevara, oblivious, yet fighting.

Read on ahead, for some things in life were not meant to make sense, the reference of Che for instance. What we are talking about here is Flu, the very word, whose utterance, might make one feel sick.

Some are contagious, some seasonal, some fatal, while others still are been discovered with every passing day, even as you are reading this article.

Read on the ahead, and find out more about the types of flu, which may have their sights on you, and of which you should be very cautious of.

Several strains of the Influenza virus, having a free run in your blood stream may be commonly termed as a case of seasonal flu.

For regularly healthy adults, a case of seasonal flu may last for up to a week, and might not require any special treatment, other than basic precautions.

The symptoms are similar to those of the common cold, only more severe, with fever, fatigue, cough and a sore throat setting in one at a time, and prevailing all together.

Young children, pregnant woman, and adults above the age of 70 are more prone to catching the flu.

The virus made its first appearance on the surface of the earth in 2009, and in no time reached disastrous proportions, effecting more than a billion people.

The virus has resurfaced at different parts of the world from time to time, yet the invention of a vaccine has subdued the cases to a large extent, somewhat categorizing the virus as a seasonal flu ever since.

The symptoms are similar to seasonal flu, the only difference been, that even healthy adults below the age of 70 may be effected, particularly severely by the virus.

Also known as the H5N1 virus, which was first discovered in birds, when contracted by humans may prove to be fatal.

Fever, cough and heavy breathing are the common symptoms of this virus. If we go by the statistics, more than 60% of people who have been contracted by the virus, have ended up dead.

Unlike popular belief, the virus cannot be contracted by eating cooked chicken. On the other hand, hanging around live poultry, and visiting affected areas, may lead to contracting of the virus.

When a human being comes in contact with a virus present in a pig, then it is called a case of variant flu. Technically termed as H3N2V, a vaccine is still under development for this particular virus.

Initially, the symptoms may feel like those of a mild seasonal flu, with severe complications developing during the later stages.

Children are the most vulnerable to the virus, as grown ups seem to have a built in immunity.

The only way, this virus may spread is by coming in close proximity to a sick pig. Eating cooked meat does not spread the virus.

People by the thousands have been reported to be dead by the outbreak of the Ebola virus in West Africa.

The symptoms may involve incessant vomiting, accompanied with internal as well as external bleeding.

The transmission of this virus is possible only through shared body fluids.

Commonly known as the stomach virus, although not related to influenza, the Norovirus may cause vomiting tendencies and diarrhea, and may last up to three days.

The virus is normally contracted through contaminated food, or through exposure to an infected person.

Common precautions that one must take at all times, to prevent the contraction of the virus includes, washing hands with soap before meals, and using disinfectants in the house for cleaning purposes.

MERS is the abbreviation for Middle Eastern Respiratory Syndrome. The virus was first reported in Saudi Arabia in the year 2012.

The common symptoms of this respiratory ailment include fever, intense coughing and breathing troubles. The disease is said to have a 30% fatality rate, with transmission possible through the commonest of media, which would be air.

Commonly known as the Whooping cough, the Pertussis virus has victimized both infants and adults alike.

The symptoms are similar to those of common flu, with the addition of a persistent cough.

Staying up to date on the vaccination front helps in lowering the risk of contracting the virus.

This virus is generally transmitted through mosquito bites.

The common symptoms include high fever, skin rashes, headaches and joint pain. In certain severe cases, occurrence of a neurological illness, such as meningitis is also a possibility.

All measures should be taken to keep bugs and mosquitoes away from your living space. Stagnant water should be done away with, use of insect repellents is recommended, so are bug proof screens on doors and windows.

This virus is transmitted only through the bite of the tiger mosquito.

The common symptoms include fever and joint aches.

Protection against insects should be your main line of defense, in case you are looking to escape contacting this virus.

28 Health Benefits Of Potato Juice for Better Well Being, Skin and Hair

Health Spectra - February 11, 2017
0
Arthritis is a joint disease that occurs in people of all ages, sexes and races. It causes joint pain and inflammation. However, it is...

Effect of Sleep Disorders on Mental and Physical Health

14 Impressive Natural Home Remedies For Getting Rid of Dark Circles...