HealthSpectra
Home Fitness Buzz What Happens If You Don’t Shower After A Workout? Gross Impacts! 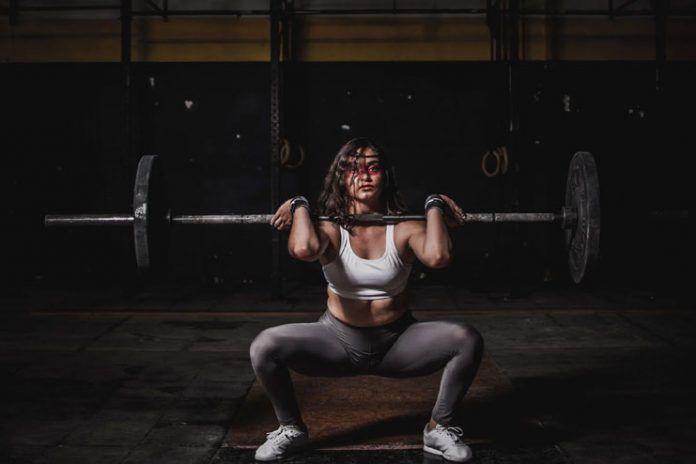 You worked your butt off in the gym, completely soaked but content. But, then you realize that you stretched to a point that you have half an hour to get ready and rush for work. Skipping out on that post workout shower seems like a viable option, right? After all, what bad could happen? Wrong! Wondering what happens if you don’t shower after a workout?

Well, apart from the fact that you are going to make few heads turn with the stench from your body, it is also not hygienic.

It’s okay, sit down first and then let’s discuss of the things that happen if you don’t take a shower after the workout.

What happens if you don’t shower after a workout? 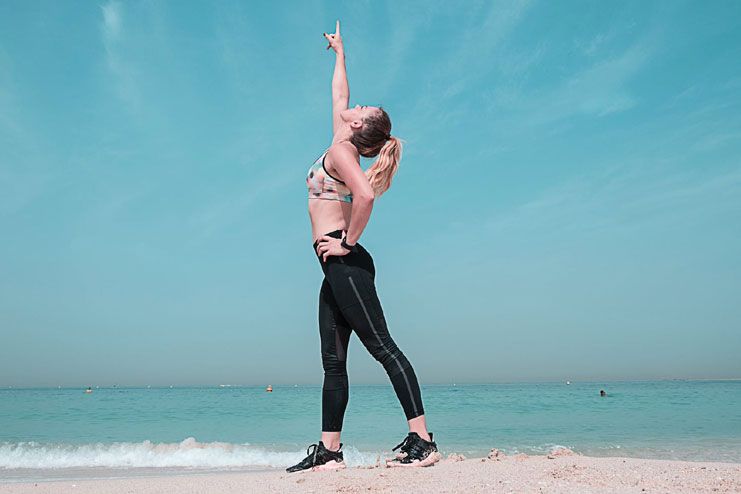 According to a report done by (R), they found that 73% of the gym goers confessed to not showering after their workout.

As gross as it sound, that is what reality is.

I am pretty sure once you know of the effects of not showering after working out, you wouldn’t want to not do it.

Let us take a look at few of the effects, shall we?

It goes without saying that one of the most common things that happen when you don’t shower after a workout is bad body odor.

It is common for one to be drenched with sweat after a workout session. Not washing up the sweat makes it interact with the existing bacteria on the skin, creating the bad odor.

You’d be surprised to know this but your sweat on its own isn’t the culprit for causing the bad odor, it is you who is triggering it to happen by not taking a shower.

Taking a shower short after their workout helps in washing away the layer of sweat, helping prevent the stench from prevailing.

Read: 18 Effective Natural Remedies For Treatment Of Bad Breath That You Might Be Unaware Of

When you are working out, you are likely going to sweat more around the folds and crevices of the skin, especially around the genitals, around the breast or even in the underarms.

Not taking a shower after a workout makes the sweat prevail and dry in those areas, triggering the yeast function.

It is very easy for the candida yeast to grow and proliferate in such conditions, heightening the risks of the yeast infection.

The symptoms can accompany rashes, itching, redness and irritation. If you don’t necessarily want to experience something similar, I would suggest that you don’t skip out on washing up after the workout.

Back acne as it is commonly known as, is one of the most common things that happen if you don’t take a shower after the workout.

It is a misconception that the sweat is the causative agent behind this, when in reality, it acts as a vector.

The sweat mixed with the bacteria or yeast proliferate and affect the hair and skin follicles on the back, causing inflammation and the pus filled back acne.

These don’t have a very similar appearance like the acne that you see on your face.

Apart from your back, even your face is at a heightened risk of developing such acne and pimples post workout. This is the reason why taking a shower or at least washing your face with soap is necessary.

Yet another one of the common effects of not showering after working out is the heightened risks of dermatitis neglecta.

This is a skin condition which is characterized by the appearance of deep brown of black patches on the skin which is caused because of the lack of cleansing of the skin.

This ends up causing an accumulation of the sebum, corneocytes and the sweat after working out, making it appear like that. It appears as a hyper pigmented patch on the skin.

This is not something that happens overnight but if you are persistent on not washing your body after working out, it is likely going to happen over time.

Much like your skin and the rest of the body, the lack of hygiene after a workout impacts your scalp as well.

Leaving your hair and scalp sweaty after a workout will eventually end up making it stink and affect your hair growth.

If you are wondering what happens if you are not washing your hair after workout, it is likely going to affect the strength of your hair follicles.

Apart from washing your hair, try and use an oil soaking shampoo to further keep your scalp fresh, clean and hydrated without imposing further risks.

Especially during the summers, not taking a shower after working out results in the formation of skin or heat rashes.

These small blister like formations on the skin can be very painful and cause irritation.

The combination of the sweat and bacteria on the skin is what ends up causing the rashes on the skin, as mentioned by expert doctors(R).

The more you delay taking a shower after the work out, the more you are risking the formation of these skin or heat rashes.

It doesn’t matter how or why, one of the common answers to what happens if you don’t shower after the workout is hampered immunity.

The gym or the park that you are coming back from could be infiltrated with germs, bacteria and fungi all around.

Not taking a shower and cleaning yourself completely results in hampered immunity. You are likely going to fall sick because of that.

Some of the common diseases that you can contract include bacterial or viral infections, flu or even ringworm infection.

When your body is covered in sweat, it reduces the body’s UV protection mechanism.

If you are working out in the open, somewhere like the park, apply some sunscreen beforehand to reduce the risks of sunburn.

Read: What Sweat Says About Your Health? 8 Possible Facts!

Washing out the stench is important after returning from the gym. Not only to make yourself presentable but to also ensure that you don’t end up contracting a disease or infection. It is okay for you to wait out for 10-15 minutes after a workout, but don’t drag out the shower for a few hours. That is where things start getting gross and messy.

8 Health Benefits of Fonio and Its Nutritional Values

How to Mend a Broken Heart? 12 Tips for Surprising Results

Somapika D - June 12, 2019
0
Pneumonia has started accounting for one of the most vividly rising diseases as of now. Majority of the terminal hospital cases will tend to...

19 Natural Ways to Get Rid of Hangover Effectively