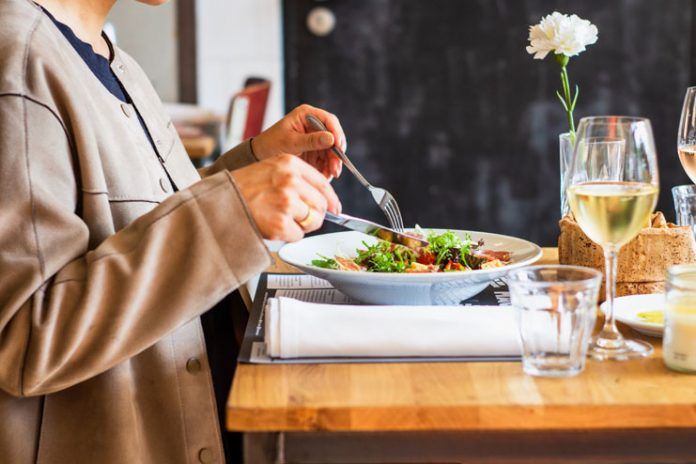 With the constant changes in our diets, more and more people are either struggling with inflammatory diseases or the auto-immune disorders. If you have been struggling with the same, studies have found that the reduced consumption of methionine can effectively help with the condition.

A new study (R) conducted by the researchers from the Van Andel Research Institute found that significant reduction of the dietary levels of the methionine has been found to have beneficial impacts in helping delay the onset of the inflammatory and the auto-immune disorders that majority of the people tend to struggle with. One of the common diseases being sclerosis has been found to be easily handled with this dietary intervention.

There are multiple varieties of cells in the body which help with the production of methionine in the body. But, the immune cells which respond to pathogen attacks aren’t able to do the same. It is necessary for one to consume these via the food, especially for the ones that are responsible for triggering the function of the T-cells.

Methionine is generally found in a number of foods including meat and eggs where it is found the most.

Russell Jones, Ph.D., program leader of Van Andel Institute’s Metabolic and Nutritional Programming group, who is also the senior author of the study suggested saying that the presence of methionine in the cells is a necessity for a healthy immune system in the body.

The results from this study indicate that the people who have a predisposition to the inflammatory and the chronic auto immune disorders like that of multiple sclerosis can see better results when they reduce the consumption of methionine. The reduced methione has direct impacts on the immune system which later ends up reducing the risks of the diseases, further helping.

In case of multiple sclerosis, for example, the myelin sheath which is responsible for promoting the protection of the brain as well as the spinal cord are considered a threat and hence targeted by the immune system in the body. The damage hampers the smooth transportation of the information to and fro. This is the reason why muscle weakness, numbness and even the constant discomfort is what one experiences in this condition.

Even with so many researchers, scientists haven’t been able to draw an effective treatment for the condition. The treatments that the researchers are coming up with are further targeting the risks of infection and cancer instead.

Catherine Larochelle, M.D., Ph.D., clinician-scientist in neuroimmunology and neurologist at the Multiple Sclerosis Clinic at the Centre Hospitalier de l’Université de Montréal, who is also the co-author of the study suggested saying that the scientists are still not sure about all the possible causes behind the condition of multiple sclerosis.

They believe that the genetic mutation is what plays the major role but there are some additional environmental facts as well which play a crucial role in the same that they are not sure of. Obesity is considered one of the common markers when it comes to the condition of multiple sclerosis which is what led to the finding that instilling dietary interventions could end up bringing about changes to the condition.

When the body generates an immune response against a threat, the T-cells in the body all come together to fight off the pathogen. The individuals found that the amino acid, methionine does have direct impacts in propagating that process. The same was found to reprogram the T-cells to respond to the threat at hand.

These reprogrammed T-cells tend to cause inflammation as a side effect of the immune response which is a normal thing but the extended impacts of the same end up posing threats to the body. This can even increase the level of nerve damage in case of the individuals suffering from multiple sclerosis.

The researchers found that the reduced consumption of the consumption of methionine was found to have positive impacts in helping altering the functions of the reprogrammed T-cells by quickly “replicating and differentiating into specialized subtypes”.

This was what was found to have direct impacts in reducing the advent of inflammation and prevent the unnecessary damage caused to the body. This further helps in delaying the onset of the disease and even reduced the risks even further.

Jones further shared his thoughts on the same saying that with the reduction of the methionine in the diet, the individual removes the triggers for inflammation.

It is important that the findings are further solidified with more findings before the dietary guidelines are issues. This is essentially what makes all the difference. The researchers are also looking into possibilities of finding new medications for the condition that can further come in handy for better approaches to the treatment.

More research needs to be conducted to find whether or not there are any direct impacts with the methionine consumption on the condition of inflammatory and auto-immune conditions.

27 Rare And Unknown Dandelion Benefits You Didn’t Know Of

15 Natural Remedies To Get Rid Of Flatulence For Good

Somapika D - September 3, 2019
0
So, imagine this, you ate a perfectly good bowl of rice with your favourite curry. It was delectable. You reached for a second serving...

New Study Insinuates Even Light Drinking As A Possible Reason For...

All You Want to Know About Septum Ring Piercing