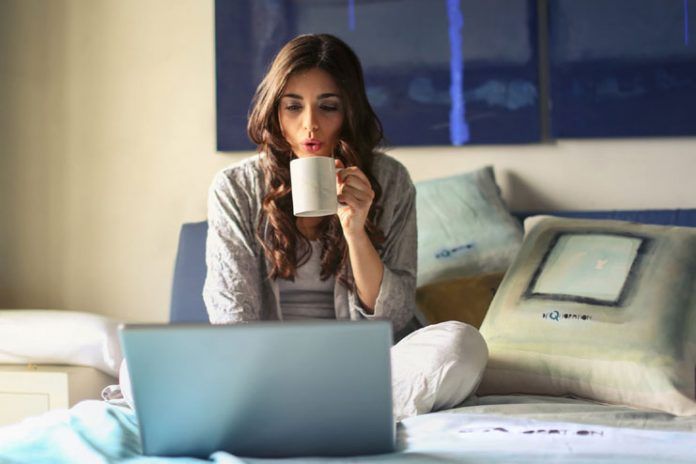 So, you had a cup of coffee and now you are sitting on the toilet thinking why it is that every time you drink coffee, it makes you poop?

While there could be a number of reasons causing it, knowing why does coffee make you poop can help you mitigate the situation accordingly.

To be fair, many people have found it in a routine that makes them drink coffee in the morning to then use the bathroom to poop. But, are you still wondering how it helps?

Well, in this article, we are going to provide with a brief rundown of reasons as to why do we poop after coffee.

Why Does Coffee Make You Poop? 8 Reasons 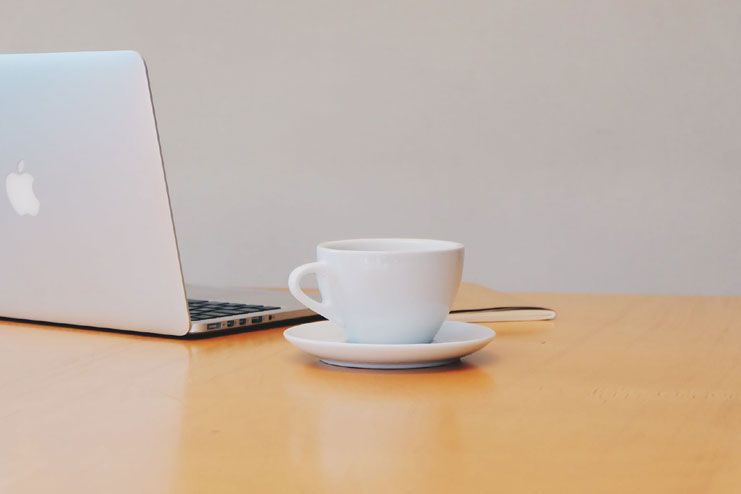 You would be surprised to know that in a conducted study (R) with 92 young volunteers, out of which 58 were men and 34 women in between the age of 17 to 27 years, 29% of the individuals among them shared their urge to defecate after 20 minutes of drinking coffee.

Sounds strange, right? Wondering why it happens? Scroll down!

The first and possibly one of the most common reasons coffee makes you poop right away is because it triggers the colon function. It is the caffeine in the coffee that does the job.

According to the nutritional data, it is suggested that a full mug of brewed coffee contains around 90-95 mg of caffeine.

In a few studies (R), the researchers found that caffeine when it interacts with the muscles of the colon, it promotes contraction of those smooth muscles.

The forced contractions once the caffeine reacts with the colon causes the digested food to be pushed from the colon to the rectum, which is why you feel the urge to poop and when one does use the washroom and put some additional pressure, it ensures quicker defecation.

One research (R) conducted found that when compared with water and decaf coffee, caffeine led the board by producing enhanced colon contractions by 60%.

But, the one confusion that researchers are still trying to find answers to is the accessory factors that further propagate the urge to poop because there have been conducted studies which have found that these kinds of desires are also often common when you drink decaf coffee as well. 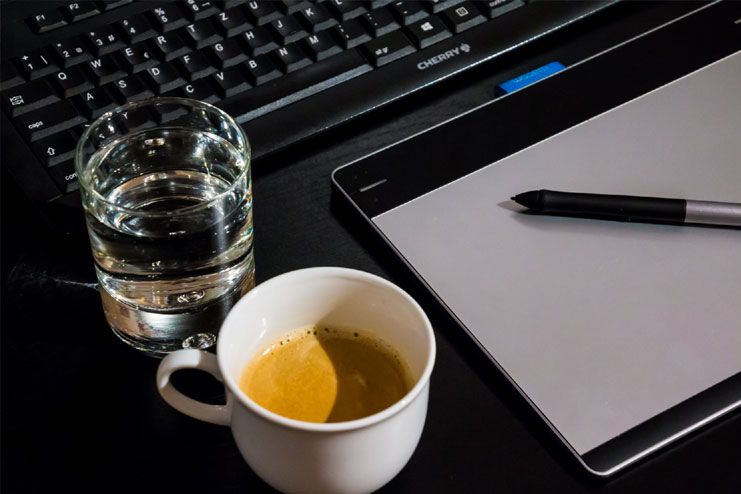 Even though there need to be more accurate and conclusive studies around this, some researchers currently believe that coffee possesses laxative properties which is one of the many reasons why does coffee make you poop.

These beliefs surrounding coffee has even led a number of people to even use coffee as a stimulant to defecate in the morning, especially for the ones who tend to struggle with constipation.

The only issue that needs to be addressed is the relation between coffee and bowel problems. People who have irritable bowel syndrome have complained stating that the consumption of coffee does make the condition worse for them.

Majority of the studies (R) which have proved the laxative benefits of caffeine have been conducted with small groups of people which is why exactly pinpointing the reason isn’t ideal.

So, you had a cup of coffee and an hour or two later, you are finding yourself rushing down to the bathroom to take a huge dump.

Wondering what in coffee makes you poop? It is believed that the caffeine and the natural oils (R) present in the coffee tend to have direct impacts on prompting more stomach contractions, making the digested food pass down to the lower parts of the system, thus making you feel the urge to poop.

Not just that, some studies have also found that when comes in the stomach, the consumed coffee has the capability to enhance the release of gastrin (R) in the stomach which further contributes to the overall motility of the intestines.

4. Acidity in the Coffee 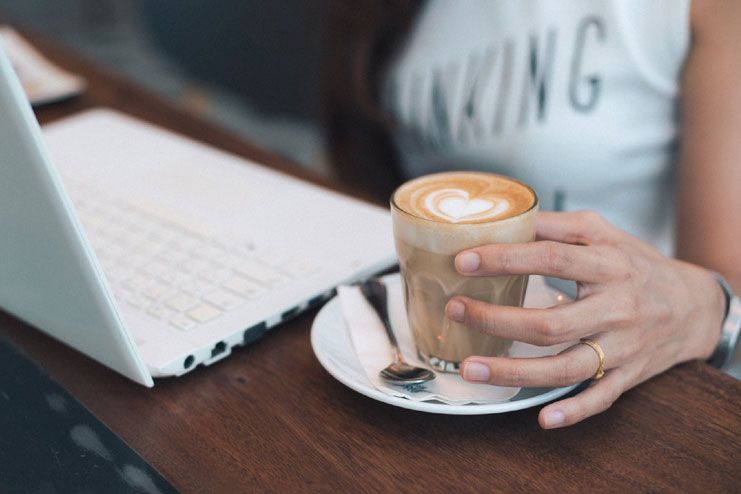 If you have been struggling to find an answer why does caffeine make you poop, the same could be because you are drinking a high acidic coffee. It is tough to explain what it exactly entails but for the most part, the same is believed to impose impacts on the digestive system, making you feel the urge to poop.

The acidic presence in a coffee is all dependent on the kind of processing that it undergoes. It is very important that you do let your body function accordingly in such situations and avoid drinking the variants with high acidity.

One of the most common reasons why do we poop after the coffee is because it charges the release of a number of hormones which end up affecting the overall urge to defecate.

The main group of hormones that the caffeine has been found to trigger is the wide range that is responsible for pushing the food through the digestive system.

The primary hormone that caffeine tends to increase the release of is gastrin. Even a conducted study (R) found that drinking regular coffee increases the levels of gastrin in the bloodstream by 2.3 times when compared to just water.

Apart from gastrin, coffee has also been found to increase the release of the important digestive hormone, cholecystokin (CCK) (R).

The combination of these two hormones have been found to impose direct impacts associated with the gastrocolic reflex which is responsible for making us poop.

If you already struggle with irritable bowel syndrome, chances are that the consumption of coffee can further worsen the situation.

In a conducted study (R), it was suggested that caffeine from the coffee stimulates the condition of the colonic motor activity in individuals struggling with IBS, further worsening the condition.

In a randomized trial (R), it was found that out of the 442 participants who struggled with the condition of IBS, 73% among them were regular coffee drinkers, further contributing to the condition even further.

7. Milk or Cream Could Be the Culprit 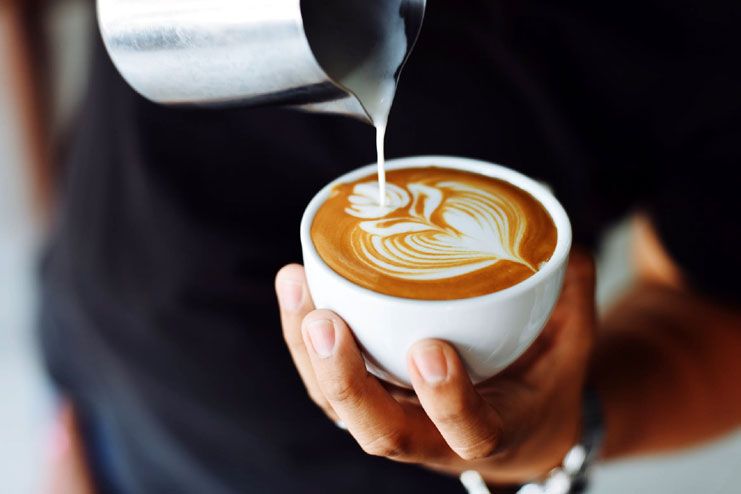 So, you have been blaming the coffee till now for making you poop or have the urge to poop when in reality, it is possible that the same could be because of the milk or the cream that you are adding to the coffee.

Often times, undiagnosed lactose intolerance could be underlying issues behind the reason why you feel like pooping once you are done drinking the coffee.

Not just the intolerance, studies have found that the presence of lactose in the milk or cream contribute to bowel movements in individuals, which is a very fair reason why it could be affecting your condition. Studies (R) have also found that some people face struggles when it comes to digesting the lactose, causing them to poop.

8. It is Probably Not The Coffee

If you have a set time when you poop every day, chances are that your body is accustomed to that timing, which is why you feel the urge.

Often times, it is not the caffeine and not the dairy as well.

Aside from that, it has also been found that the impacts of this is often seen in some people while some don’t experience which makes people believe that the effects aren’t universal and have got to do with the person’s experience rather than anything else.

How to Stop Coffee from Making You Poop? 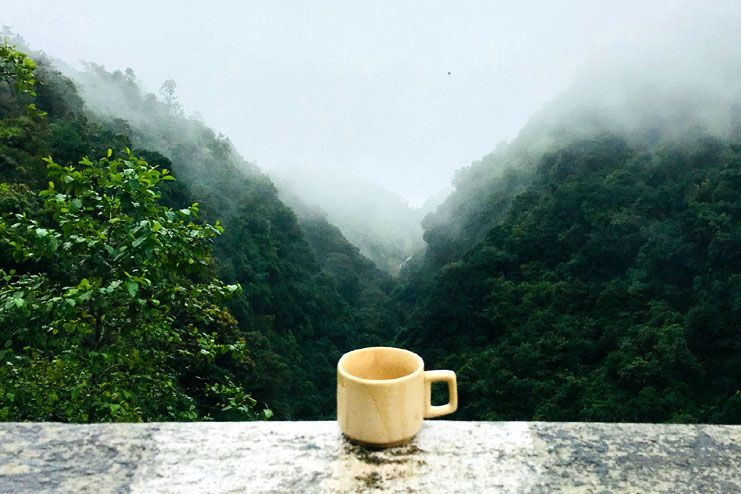 Often times, people tend to get confused and stressed wondering why the first cup of coffee is being so harsh on their stomach, not realizing that it is completely normal.

For the most part, it is mainly because of the coffee you are drinking or your body’s functions that could be causing the problem altogether.

When it comes to answering what in coffee makes you poop, it is believed to be the combination of chlorogenic acid along with N-alkanoyl-5-hydroxytryptamides which end up triggering the function of the stomach and the intestines, making you feel the urge to poop.

If you are wondering how you can make the effects stop, we have some insights to share:

The very first and possibly the important factor to consider in this is to reduce the amount of coffee you are drinking. If possible, limit it to 1-2 cups on a daily basis and nothing more than that. It is very important that you don’t rush through the process because that is where the problem arises from.

Once you gradually reduce the amount of coffee that you are drinking on a daily basis, the effects on the body also gradually start to decrease.

The best way to get rid of that issue is by using a better filter for your coffee. This will not just help in reducing the overall levels of the issue related but even help in promoting better health in the long run.

There are also a number of ways in which you can brew the coffee that can help reduce the acidity. Follow through such steps as well.

Many people have this thought that caffeine is the main factor that might have been causing the urge to poop and while that is true, it is not always the case. So, if you think that decaf is going to help reverse the impacts, it probably won’t.

This is the reason why it is best suggested that you either cut off a coffee from your diet completely or opt for other ways to get your daily beverage fix.

4. Cut Out the Milk or Cream

Lastly, one of the important factors that play a very crucial role when it comes to the reasons why does coffee make you poop is your intolerance against dairy. The best way to thus handle the situation is by getting rid of the dairy completely. It is best suggested that you get tested whether you are lactose tolerant or not and the rest can most definitely fall into place.

19 Potent Benefits of Vitamin A For Overall Health, Skin and Hair

Avoiding Your Cellphone Is Important To Catch A Mental Break, New Study Suggests

Organs Are A Mix Of New And Old Cells, New Study Suggests

23 Benefits of Almond Oil For Health, Skin and Hair You Must Know

Somapika D - September 12, 2019
0
Many of us do struggle with the problems of halitosis, or bad breath, if you want a simpler term for it. While there are...