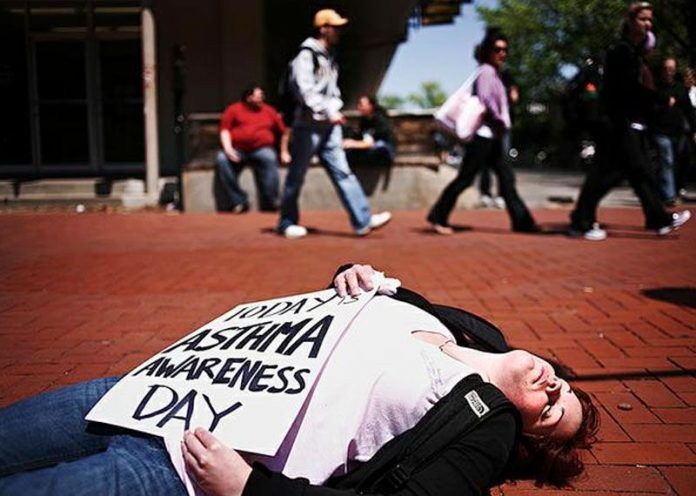 There are a number of famous people who have died of asthma over the years. With time, modern technology has no doubt, made the disease less of a life taker, than it used to be earlier. Yet asthma remains to be the breath taker that it always was. Uncompromising and unpredictable.

Read on ahead and discover for yourself the concise list that we have prepared about famous celebrities who died of asthma.

Famous People who Succumbed to asthma

Martin Van Buren was the eighth president of The United States of America. He was a lifelong servant of the democratic party and served in the capacity of a number of vital roles which included been the eighth vice president of the US of A and the secretary of state under Andrew Jackson.

Gilbert Charles Hardin was a renowned journalist in English apart from been a stalwart in radio and television. Over his life, at different points in time, he has known to be a school teacher, policeman, disc jockey, and actor.

Krissy Tailor was an American model, who ventured into the industry for been the younger sister of supermodel, Nikki Taylor. Her professional carrier began as early as, when she was just 11 years old. She although succumbed to asthma at the age of 17.

Neil Francis Hawkins was British, and an advocate of fascism. The man is said to have operated both before and after the second world war. He is known to have played a major role in the British Union of Fascist, playing a vital role in the fundamental structure of the movement.

James Austin Gleason was an actor based out of New York City, He had also attained notable acclamation in the fields of theater and screen writing.

Often recognized to be the, ‘showman of the millennium’, Ranbir Raj Kapoor was a renowned actor, and producer and director of Hindi films. Over his lifetime, he had won 2 National Film Awards and as many as 9 Filmfare awards. His movies were recognized and appreciated by audiences from around the world. His performance in the movie, Awara was ranked among the top performances of all time by Time Magazine.

Neil Hamilton was a television actor, from the States, who is known for his portrayal of Commissioner Gordon in the Batman TV series from the 60’s.

Johnny Paycheck is the popular stage name for country musician Donald Eugene Lytle. He was a multi-instrumentalist who became famous for the recording of his song, ‘take this shove it”, at the Grand Ole Opry, the show that was known to make country music popular.

16 Ways To Get Your Mojo Back – Liven Your Spirit!

How To Increase Hemoglobin Levels Through Yoga

How to Get Rid of Clogged Ears Quickly and Naturally

How To Do Cardio Workout The Smart Way

Somapika D - August 6, 2019
0
Stress has already become an inevitable part in our lives. A new study suggests that excess prenatal parental stress can have impacts on the...

Potent Natural Cures and Remedies For Anemia For a Healthier Life

8 Bodyweight Exercises For Strength – Do They Make You Stronger?

Tips to Develop your Weaker Arm

What Sweat Says About Your Health? 8 Possible Facts!