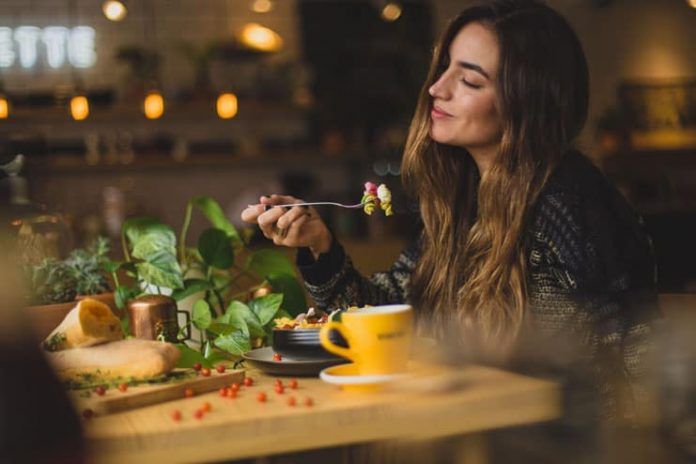 It is not something new that our eating habits predominantly have direct impacts on the kind of diseases that affect our body. But, a new research suggests that time restricted eating with a given time frame is something that can help to stave off the unnecessary chronic diseases that our bodies suffer from.

A new study conducted by the researchers from the Salk Institute found that a 10-hour time restricted eating habit can help in keeping the risks of chronic diseases to a bare minimum. The same provides with results when combined with traditional medication.

The same is expected to do so by helping reduce the potential weight gain and even the excess bouts of abdominal fats around the body. It also helps regulate the blood pressure levels and help manage the cholesterol levels in the body too.

The current one is a pilot study at the moment and is expected to help pave way for finding better treatments for the metabolic syndrome patients who are often at risks of developing life altering chronic diseases like that of diabetes.

According to the statistics, it suggests that 30% of the US population suffers from Metabolic disease. This further enhances the risks associated with heart diseases, diabetes and even stroke. But, it has also been found that making effective switches to the current lifestyle to a healthier one can often help in improving the overall well being of an individual.

To find more on this, the researchers from the Salk Institute and the UC San Diego School of Medicine have found that including a 10-hour time restricted eating habit can help reduce a lot of the health conditions that we suffer from, especially when combined with the standard medications.

Satchidananda Panda, professor in Salk’s Regulatory Biology Laboratory who is also the corresponding co-author of the study found that focusing on a time restricted eating intervention further helped the patients with metabolic syndrome handle their disease a lot better. This option is a lot safer and better in comparison to the calorie restriction because they include simple dietary interventions.

The main reason why this plays such a good role in this is because of the fact that the time restricted eating helps in regulating the circadian rhythms and even maximizes the overall health benefits on the body. Circadian rhythm is the biological clock in the body that functions to provide with the best results in terms of sleep and the overall bout of metabolism in the body.

Erratic eating patterns are one of the most common factors that impact the circadian rhythm, in turn, enhancing the risks of the metabolic syndrome. Doing so inflicts some of the most common symptoms including increased visceral fat, fatigue, improper digestion and the whole lot.

Emily Manoogian, a postdoctoral fellow in the Panda lab and the co first author of the study stated saying that eating consistently within a 10 hour window does allows the body to completely rest and then restore in the remaining 14 hours which is necessary if one wants to keep the risks of metabolic diseases at bay.

Manoogian further stated that the group of researchers was inquisitive to know if controlling the timing of the food intake to promote better and regulated circadian rhythms would help in improving the overall health of the individuals already struggling with the cardiometabolic diseases.

Michael Wilkinson, assistant clinical professor of medicine at UC San Diego School of Medicine and a cardiologist at UC San Diego Health, also the co-first author of the study clarified stating that the reason that they opted for the 10-hour eating intervention process is all because of the researchers that were priorly done by Satchidananda Panda.

For the study, the researchers included 19 subjects, comprising of 13 men and 6 women who have been diagnosed with the condition of metabolic syndrome. They are also the ones who self reported eating over a time intervention of 14 hours in a day. In addition to that, 84% of the individuals in the study were on at least one form of medication.

The individuals then made use of the myCircadianClock to keep a track of what and when they were consuming their food in the day. This continued initially for two weeks followed by three months straight. The researchers found that 86% of the individuals input the correct timing for their food intake, thus indicating better accuracy.

During the tenure of the study, the subjects didn’t necessarily report experiencing any side effects. In order to have a 10-hour eating habit, the individuals delayed their breakfast and ate their dinner early. The researchers asked to keep the calories the same as one would normally eat but some subjects reported that they are likely to eat less because of the shorter eating period.

Pam Taub, associate professor of medicine at the UC San Diego School of Medicine and a cardiologist at UC San Diego Health and the co-corresponding author of the study stated saying that the metabolism and the circadian rhythms of the body which directly affects the overall body functions too. Taub believes that if they are able to properly optimize the circadian rhythm of the body, managing the metabolic problems won’t be a problem furthermore.

The scientists involves are currently in the process of conducting a clinical trial to further find the potential involved around with this prospect with the time restricted eating and one’s metabolic health.

All You Need to Know About Restorative Yoga Poses

12 Ways To Get Rid Of Food Stuck In Throat – Quick And Effective Methods!

A Handy Guide On Effects Of Diabetes And Alcohol Consumption

Minu Manisha - November 14, 2017
0
Diabetes is the 9th most fatal and prominent illness around the world. And whatever we do in terms our lifestyle, let and fitness choices...

Links Between Pleasure Centre In Brain And Biological Clock Established

9 Benefits Of Lemon Water Before Bed That You Didn’t Know...

Occasional Drinking During Pregnancy Inflicts Harm To The Foetus