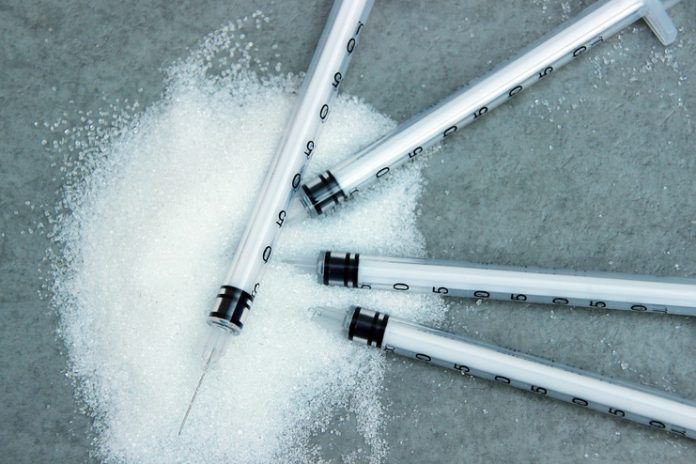 Diabetes and the associated risks it brings to a person’s health doesn’t really need a separate introduction, now, does it? A new study strings the possible connection between the risks associated with diabetes and cancer, especially in women. The advanced stages of diabetes might be a potent cause of cancer in a number of patients.

The review was conducted amongst 20 million people and the results concluded stating that the presence of diabetes in uncontrolled levels in an individual might expose to higher risks of cancer, especially in women in comparison to men individuals.

The study was conducted by the researchers from the George Institute for Global Health which was later published on Diabetologia (the journal of the European Association for the Study of Diabetes [EASD]).

Not just that, the researchers further pinpointed stating that the risks of cancer in women was higher in terms of leukemia and the various type of cancers that are related to stomach. The chances of liver cancer are comparatively lower in women than in men. The researchers are further instigating new researches concerning the same topic but with a different approach. The further study needs to be specified around the sexes to find the risks relating to diabetes caused cancer.

The lead researcher in the team, Dr Toshiaki Ohkuma who is also under the George Institute for Global Health stated that they have established a firm connection between the diabetes and the possible risks of cancers. He further stated the statistics suggest that the number of people suffering from diabetes have doubled over the last 30 years and it is necessary for them to find a number of possible factors relating to this disease.

The follow-up of these concluding results is currently in progress where the researchers are working to establish a possible connection and underlying reason behind what the primary cause is for the formation of cancer – especially the ones relating to kidney cancers, stomach cancers and leukemia.

They enlisted some of the key findings from the study which have been significant in answering the overlaying reasons; the only thing left to do now is to find a probable connection between the two and the reason that is causing it in the first place.

Some of these findings and conclusions include:

This new study is expected to raise a bit of awareness in people to either better their lifestyle or opt for better prevention methods to keep such signs and symptoms at bay. Australia is considered as one of the countries with the maximum rising rate of diabetic patients (280 people every single day).

While the researchers haven’t yet developed a common ground for the actual reason behind the problem, it is believed that it could be alterations in the DNA due to heightened levels of blood glucose that could be the primary causative agent behind development of cancer in the individuals.

There is going to be a gender specific research to find a better approach to the argument behind the actual cause of the cancer which is why the researches behind the study are still skeptical to firmly comment on any of the possible reasons behind the same.

How to Clean Groceries During Coronavirus? Decontaminate the Virus

20 Benefits Of Sesame Seeds You Didn’t Know Of

Your Understanding Of A Concept Is Reflected By Brain Activity, New Study Suggests

Somapika D - October 17, 2020
0
Suffering from bipolar disorder is a struggle. The condition is so rarely diagnosed that people often tend to mistake it as mood swings and...

How Can You Prevent Food Poisoning ?