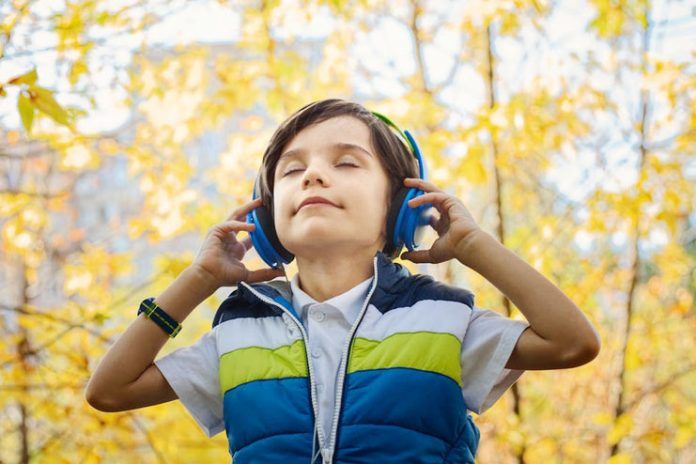 How often has it happened with you that you feel accomplished and so happy when a musician hits an unexpected chord perfectly? Quite often, right? If you felt it was just you, you were wrong. New study suggests it has something to got to do with the reward centre.

A new study (R) conducted by the researchers from the McGill University has found that musically unexpected triggers and activates the reward centre in the brain. Not just that, it also helps us learn about the music more as we go and initiates a happy feeling within our mind as well.

A group of researchers were led under the leadership of Ben Gold who is a PhD candidate in the lab of Robert Zatorre at The Neuro (Montreal Neurological Institute and Hospital), of McGill University. They put around 20 volunteers into a music reward learning test.

Each of the volunteer was made to choose a colour following it with a direction after that. Each of the choices they made had an assertive direction leading up to a consonant, pleasurable, dissonant or a musical excerpt and last but not the least, an unpleasant note of music. With persistent work, the volunteers did come to know which ones produced better music like the consonant and dissonant.

The test conducted was designed in a way to ensure that the volunteers will either have an expectation either of the musical enjoyment or of dissatisfaction. While the test was done with the participants, they were under the scrutiny of their brain activity under the functional magnetic resonance imaging (MRI).

Following that, the main aim of the researchers was to deduce the reward prediction error for each of the choice which was nothing but the difference between the expected reward and the actual received reward. Following that, they did compare the data with the readings from the MRI data and later found that the reward prediction error is correlated with that of the activity of the nucleus accumbens which has previously been associated with musical pleasure.

Not only were the observations astounding, they were also found to be the first time there has been aesthetic reward as like that of the music to have elicited such a response in a participant. Prior studies conducted under the same have been found to elicit similar kind of responses with food and money and not with that of music.

The subjects whose reward prediction errors were more closely tied with the activity of the nucleus accumbens had a higher affinity in easy learning of the choices associated with the consonant tones. This, in simple terms, categorises music as a neurobiological reward which has the capability of motivating one’s learning. These further stages how any form of abstract stimulus can be quite beneficial in trigger the reward centre in the brain to help boost pleasurable effect in the brain and even motivate our learning.

Gold further emphasized stating that this conducted study is a way of understanding how any form of abstract stimuli has the potency to activate the pleasure centre in our brains. They found that the music does have potency of eliciting amazing responses much like the reward centers like with that of food and money. They believe that the predictive processing might actually have a better response and role in the prospects of reward and pleasure than what the scientists previously thought.

20 Habits That Wreck Your Teeth – Know What You Are Doing Wrong!

15 Best Things To Do When You Feel Lonely

14 Reasons To Do Squat Exercises Regularly For Overall Better Health

Somapika D - December 5, 2018
0
Squats are definitely the part of the exercise routine we all dread, right? The position awkward and painful for the beginners is not something...

18 Easy Ways To Lose Weight Without Exercise That Will Leave...

How to Mend a Broken Heart? 12 Tips for Surprising Results

Metallic Taste In Mouth – Know The Causes And How To...

Vitamin Deficiencies Could Be A Reason Behind Migraine, Study Suggests