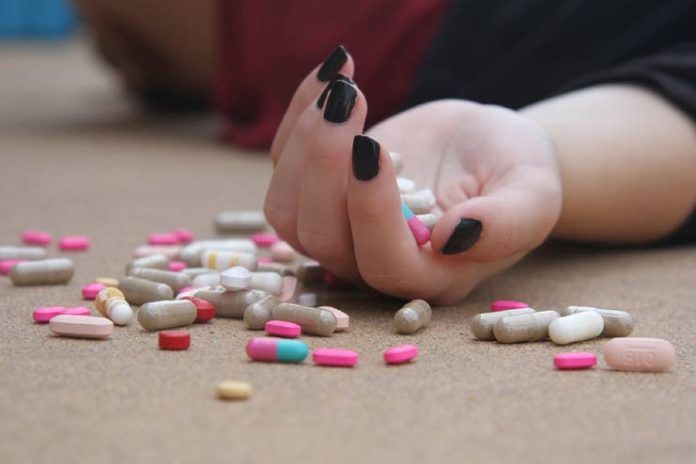 A new study (R) conducted by the researchers from the Nationwide Children’s Hospital and the Central Ohio Poison Center found that the rates of suicide attempts by self poisoning among the adolescents have doubled in number in the last decade in the United States of America. The rates have more than tripled for women and young girls over the course of time.

The study, published in the Journal of Pediatrics, evaluated the incidence as well as the outcomes from the intentional suspected suicide self poisoning not just in children but in young adults too in between the ages of 10-24 years old from 2000-2018.

In the overall 19 years of the time frame that the study was conducted in, there were over 1.6 million intentional suspected suicide self poisoning cases that were reported to the United States poison centre. Over 71%, which included 1.1 million, the total cases included females.
Henry Spiller, MS, D.ABAT, director of the Central Ohio Poison Center at Nationwide Children’s Hospital, who is also the co-author of the study stated that the severity behind the outcomes in the adolescents have increased drastically, especially in between the age of 10-15 years old. In the youth in general, in between 2010-2018, there was a steep rise by 141% increase in the act of self poisoning.

Prior studies have indicated that suicide is the second leading reason behind the deaths among the people aged between 10-24 years old. It has also been found that while men die with suicide more than females, females are the ones who are found to attempt more suicide than men. Amidst them all, self poisoning is possibly the most common way that people are attempting suicide with.

John Ackerman, PhD, clinical psychologist and suicide prevention coordinator for the Center for Suicide Prevention and Research at Nationwide Children’s Hospital, who is also the co-author of the study did say that suicide in people under the age of 12 years is rare but the lingering thoughts in their mind concerning the same is prevalent, if the data is to be considered.

While the thought around it is quite unsettling on its own, it is very important to ensure that the parents and the individuals who care for the youth don’t technically panic with the findings presented. Instead of that, it is important to equip themselves with tools that will help combat and get over the situation in an effective way. It is time to start engaging with prevention strategies like safe storage of medications and even reducing the access to the lethal means.

What many people fail to know and understand is the fact that there are a number of resources as well as crisis supports available around the clock that can help in suicide prevention. It is important for the prevention to start early.

As per the advice from the Big Lots Behavioral Health experts at Nationwide Children’s is to be considered, they suggest that the parents should check in with their children and ask them about their well being from time to time. It is important sometimes to be blunt and ask the children directly if they have ever had thoughts of ending their lives and if there is something going on that has been bothering them.

According to Ackerman, there is no need to wait for the moment of crisis to arrive before one jumps into talking to the children about the problems that has been bothering them. It is important to be proactive and sense the dangers around. He suggests that a good time to talk and discuss about mental health and suicide with children should be done when everything seems well.

All of the data presented in this specific study has been collected from the National Poison Data System in between the time frame of January 2000 to November 2018.

Some of the emergency details for prevention and safety include:

Self poisoning suicide attempts are on the gradual and steep rise in the teens and young adults and that is definitely a matter of grave concern. If you have been personally struggling talking to your children about mental health and their overall thoughts, it is definitely time to change that and do the needful to prevent the worst from happening.

How to Get Rid of A Stye On Eye

20 Personal Development Goals For A Happier And Successful Life

How To Get Rid of A Sinus Infection Fast At Home?

Treatment For Anxiety Breathing – Know How To Stop

Somapika D - November 2, 2020
0
yAnxiety does come with its fair share of symptoms and the shortness of breath and the choked up feeling is possibly one of the...

How To Gain Weight With Diabetes? 15 Effective Ways And Foods...