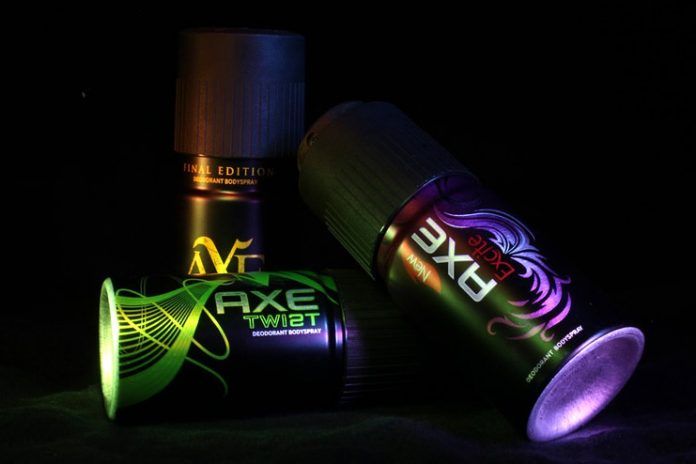 Every single product that we use for our personal hygiene has their very own list of pros and cons. While some have negligible, some of them can lead to adverse effects on one’s health. Antiperspirants, which we use on a daily basis in a different form not just helps combat the body odour but have several drastic side effects which people, are not aware of. It is best to understand that side effects of antiperspirants don’t necessarily mean that you would have to stop the usage of it but it is a way to find healthier alternatives for the same.

In this article, we have tried to throw some light on the major side effects that we have come to know by the usage of Antiperspirants.

One of the primary constituents of antiperspirants is Triclosan. It has been stated in a number of research papers on how adversely Triclosan affects the proper functioning of the thyroid gland. One of the major ways by which it hinders the functioning is by restricting gene expression. While there is no set way to detect if the manufacturing companies are going to take actions about the same, it is best to avoid use of these as much as possible.

It is not possible for us to restrict ourselves from breathing in from our surroundings. Formaldehyde is something that is present in everything around us, even the air that we breathe in. While we can’t control the prior, we sure can keep in check that’s within our reach. The permitted amount of formaldehyde in the personal hygiene products is nothing more than 0.074% but the continuous usage sure does exceed that limit. Several reports on the relation between formaldehyde and carcinogens have pointed out how this can be one of the primary reasons for cancer.

3. Hinders with the effects of body’s estrogens

Parabens and BHT are the two constituents that have been seriously restricted from being used in the manufacture of antiperspirants. But this is still not something that prohibits all the companies to abide by the rules. It is always best to check the constituents before buying one. The Parabens which are also sometimes known as “environmental estrogens” are molecules that tend to inflict the same kind of effect that the normal estrogens do on the body. They hinder the normal cycles of the hormone which in turn has negative effects on the reproductive cycle of a female.

The most prominent yet the most destructive constituents of antiperspirants are Aluminium. They tend to act as pore blockers which heave a path for the accumulation of the toxins in one’s body which can later lead to cancer. They tend to block the sweat glands which prevent one from sweating but simultaneously block the pathway for the toxins to be excreted out of the body. This, in turn, results in the continuous seeping of the aluminium molecules in the skin.

Several reports claim that the most common and predominant type of cancer that has been seen due to the same is breast cancer. This is because the antiperspirants are mostly applied in the armpits and the upper body region which increase the chances of the same.

The aluminium present in these account for one of the primary side effects of antiperspirants and is not just harmful and probes risks of cancer but can even inflict early onset of Alzheimer’s disease. Many of the reports that have been researched regarding Alzheimer’s have shown the increased rates of aluminium in the affected brain cells of the patients. While there are no definitive proofs for the source of the same, it is better altogether to avoid the things that might be a possible threat to the same. Antiperspirants are definitely one of them.

Several of the ingredients used to add the “fragrance” to these antiperspirants is most of the times not listed in the body of the product. While this is not just vague, it sure does create a loss of problems if you are someone who is allergic to a certain compound. These allergens that might often be a constituent in one of the antiperspirants that you are using can cause serious health risks. Some of the possible allergens might be compounds that meddle with the hormonal functioning of the body.

7. Effects on the Kidneys

Yet another possible threat is that on the kidneys. In several of the patients dealing with kidney failures, it has been seen that they tend to not be able to get rid of the excess aluminium in the body which in turn leads to several life hazards. This is one of the main reasons to look carefully through all the constituents and even consult a doctor if you are someone who suffers from kidney problems because the side effects of the aluminium in the antiperspirants can surely be ghastly if left unattended.

A few things to keep in mind

While the compounds that have been mentioned in each of the segments are not just found as the side effects of antiperspirants, it is best to be cautious and not make it even worse than it should have been. One of the most important things is to look through the constituents of the antiperspirants before buying any. It is always better to be safe than sorry. Health risks can never be completely avoided but can definitely be delayed or minimised which is a way better way to ensure a healthier life.

How to use Turmeric for Arthritis Pain

Everything You Want to Know About Tightness in Chest

5 Types of infections That You Must Know in Detail

Ramya - February 19, 2021
0
There are several pathogens that act as the agents for infections and diseases. They target the vulnerable body to sustain and live. Pathogens are...

What are Causes, Symptoms and Treatment of Back Pain While Breathing

9 Benefits Of Lemon Water Before Bed That You Didn’t Know...

24 Effective Ways to Get Rid of Chest Congestion Naturally