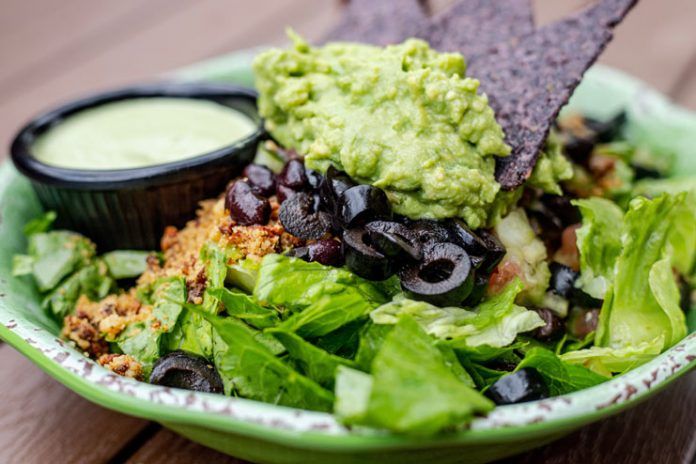 If you are someone who eats meat like their life depends on it, chances are that the high protein intake could end up elevating the risks of cardiovascular diseases. This is the reason why experts nowadays are inclining more towards the plant based diets for better overall health.

A new study (R) conducted by the researchers from the Penn State College of Medicine has found that consuming a plant based diet could be the key to reduced risks of heart diseases. The researchers found that the high presence of sulfur amino acids in the diets which is derived mainly from the animal based diet has been found to increase the risks of cardiovascular diseases.

Consuming a diet with the reduced sulfur presence has been found to have beneficial impacts in helping promote better health unlike anything else. The researchers also estimated statistics that an average American popular consumes sulfur amino acids two and a half times more than what the standard amount should be.

Amino acids are the smallest and integral building block of a protein. The sulfur amino acids are a subcategory under that and the two integral compounds methionine and cysteine has been found to play crucial roles with regards to the body’s metabolism and overall health.

John Richie, a professor of public health sciences at Penn State College of Medicine suggested saying that the restricted consumption of the sulfur amino acids in the diet has been found to have better impacts on the longevity of the individual.

This study is the very first expression of how the same could be associated with excess consumption of the sulfur amino acids and how they have direct impacts in enhancing the risks of the chronic diseases in humans.

For the study, under the leading hand of John Richie, the researchers examined both the diet as well as the blood biomarkers of over 11,000 participants from a prior conducted national study and observed that the individuals who consumed a lesser sulfur amino acid diet have a reduced risks associated with cardiometabolic diseases.

The researchers further compiled all the data highlighting the blood biomarkers in the participant’s blood correlating to the cardiometabolic disease risk. The same was done following a 10-16 hours fasting period to check for the levels of cholesterol, triglycerides, glucose and insulin.

The researchers also believe that the uncontrolled and unregulated levels of some of these biomarkers also are affected by a number of the long term dietary habits that individuals have.

The individuals with the reports of congestive heart failure condition or even heart attacks were later excluded from the study. The participants were also secluded if their daily consumption of the sulfur amino acids were below the estimated average requirement of 15 mg/kg/day.

For getting a good estimate and look into the kind of diets that the individuals eat, the researchers did an in-person 24 hour recall of the food that they consumed. Following that, the nutrient intakes were later analysed with the aid of the U.S. Department of Agriculture Survey Nutrient Database.

Following comparing the results with respect to the body weight, the individuals found that the people around tend to consume two and a half times more of the sulfur amino acids than what they are actually supposed to.

Xiang Gao, associate professor and director of the nutritional epidemiology lab at the Penn State University, who is also the co-author of the study, stated saying that majority of the people in the United States tend to consume a diet enriched with meat and dairy products on a daily basis which is one of the reasons why the daily estimated consumption of the sulfur amino acids is actually a lot more than what it is supposed to be.

The researchers also established the fact that the higher consumption of the sulfur amino acids is associated with a higher composite cardiometabolic risk score depending on a number of demographical issues.

Zhen Dong, lead author on the study and College of Medicine graduate further stated saying that the individuals who consume a plant based diet enriched with fruits and vegetables are likely to consume lower levels of sulfur amino acids. This is also the reason why there are better health impacts involved with vegan diets, with the correct support of the supplements as well.

The researchers believe that even if the study has been conducted with the dietary intake of the meat and the dairy products, it was found that the levels of dietary sulfur in the body affecting the cardiovascular impacts was nevertheless high in such cases.

The researchers need to further conducted an extensive research on the subject to further establish how and why the high levels of the same could end up affecting one’s overall well being and that too for the worse.

Apple Cider Vinegar For Skin Tags – Does It Work? 4 Ways To Use It

Causes of Blood Blister in Mouth and Treatment

10 Healthy Natural Sweeteners You Should Be Switching To

Somapika D - April 30, 2019
0
All of us have a sweet tooth, don’t we? Diabetic or not, it is important to ensure that you never consume artificial sweeteners and...

Depth Of Sleep Does Have Impacts On Brain’s Cleaning, New Study...

15 Natural Remedies For Year Round Allergies – Keep Them In...

7 Benefits Of Gargling With Hydrogen Peroxide – Know The Ways!