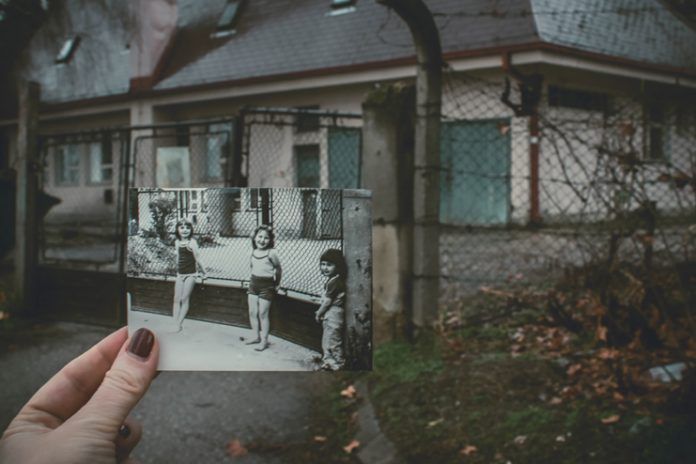 Your memory is an integral part of your life. From remembering the name of your first school teacher to the last lecture that you attended, your brain is on a constant operation to keep things in place for you. A new study has finally established a possible neural imagery discussing about the process by which the brain retains and fades away the memories registered in our brain.

A new study (R) conducted by the researchers from the California Institute of Technology have finally identified all the involved neural processes when it comes round to the ways in which the memories fade rapidly while we keep consolidated in our mind over time.

The main objective behind the study was to trace the reason why some of the memories tend to stick on with us for decades while some just simply fade away.

The researchers did conduct the study on the mouse models and have been successively able to determine the fact that the strong memories that we tend to persist in our mind over the course of time are the ones that are encoded by a team of neurons which tend to all fire around in synchrony, enabling the memories to stick around with you over the course of time.

The findings of this study is believed to come in handy in understanding the process of how memory might be affected following brain damage, strokes or even Alzheimer’s Disease. The entire process of the research was conducted in the lab of Carlos Lois who is a research professor in Biology.

Walter Gonzalez, postdoctoral scholar and the lead author of the study was the one who took forward the mouse based study in which they established ways to examine the neural activity of the mice. The same was done over the course of them being in a new place and learning about the said place in the process.

During the test, the mouse was kept inside of a straight enclosure which is around 5 ft long and has white walls surrounding the space. There were unique symbols marking the entirety of the wall. Some of the signs included a bold plus sign along the right most end and then an angled slash across the center.

There was also sugar water kept as a treat on the either end of the track. Once the set up was done, the mouse was left around to explore while the researchers worked to measure the activity of a few specific neurons in the hippocampal region of the mouse conferring to the specific spots that encode for specific spots.

When the mouse was first placed on the track, they didn’t know what to do and just moved around left and right without any kind of direction until they found the sugar water. In such cases, the researchers found the triggering of a single neuron when the mouse did finally took notice of the symbol on the wall. The mouse familiarized themselves with the signs and then remembered the specific locations that were associated with the same.

The next step in the process was for the researchers to see how memories fade. To test that out, they kept the mouse away from that track for a total of 20 days. Once they were brought back, the mice which had stronger encoded memories with the inclusion of more firing of the neurons were the ones that did remember the spot around.

Explaining in simpler words, it means that when there is a group of neurons involved around with the process, it is possible to reinstate the memory even if one or few of the neurons fail to work or get damaged through the process.

Highlighting the process a little better, Gonzalez suggested saying that you need to take this as a part of the process in which you are reciting any of the events of the happenstances in a story format to a group of friends. You can tell a few friends first and then get together again to narrate the same to the same group with a few new additions to the group to ensure that the story is retained a little better.

In simpler terms, your neurons are the ones that are helping each other out through the process of encoding the memories and retaining them when needed.

As we did mention before, memories are an integral and fundamental part of our life, so it is very common for you to get restless through the process when you end up realizing that you don’t remember a few fragments of the process altogether.

There are a number of reasons that could be playing an integral role when it comes round to the loss of memory, the aging process being one of the most common ones. Some of the other contributing factors include diseases like Alzheimer’s and such which further does end up causing an impact on your overall health and that too, for the worse.

The study further did find that the prospect of the loss and fading of the memories can further occur as we age because of the fact that it starts involving lesser and lesser neurons for the process of consolidation. The researchers suggest that recruiting more and more neurons as a part of the treatment process can definitely help with the conditions associated with memory loss and such.

Concluding everything, Lois said it is not a new fact that you are more likely to remember stuff when you practice the same thing over and over again. He said that with this study now, they understand that the same is made possible because more and more neurons are involved in the process when it comes to encoding the action. They are conducting more studies to find a direct connection between the memory and the overall prospect of the neuron firing.

8 Benefits of Hot Stone Massage Therapy & Everything One should Know About!

15 Homemade Protein Shakes For Weight Loss You Should Try

Ashok - November 25, 2016
0
Belly bloating is one of the most common health problems faced by the people across the globe. Experts say this may cause due to...

10 Ultimate Ways to Increase Water Intake for Healthier Well Being

What Does Your Menstrual Cycle Say About Your Health? 12 Interesting...