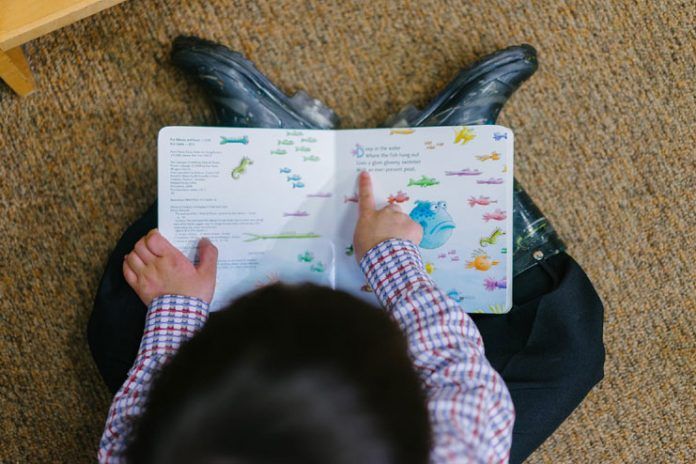 Children grow up learning things that they see around them. So, when it comes to them being surrounded by a negative environment, it isn’t surprising that they are going to get affected by the same as well. It goes without saying that if you have had a childhood full of struggles; chances are that the same will end up affecting your focus.

A new study conducted by the scientists from the University of Washington found that childhood adversities like poverty, parental divorce or even substance abuse as well as residential instability could have drastic impacts on the focus of the child by causing changes in the brain chemistry in the brain, ending up muting the impacts of the stress hormones as well.

Any form of adversity in the early stages of life of a child has the capability of ending up affecting their executional skills, especially their focus and ability to finish and organize their tasks.

Liliana Lengua, a UW professor of psychology and director of the Center for Child and Family Well-Being, who is also the lead author of the study suggested saying that this shows and highlights how the adversities and struggles have impacts on multiple systems within a child.

Lengua further highlighted stating that the disruption of multiple systems of self-control including intentional as well as automatic stress hormone responses has been found to set off a cascade of neurobiological effects that extend through the entire childhood phase even though it does set off quite early.

This recent study was published on May 10 in one of the most reputed journals of Development and Psychopathology. In this study, the researchers evaluated 306 children over the course of two years – starting with an age of 3 years and assessing till 5 ½ years of age. Not just that, the researchers also wanted to bring invariance which is why the participants were from varying racial, ethnic as well as the socio-economic status. 57% of them assessed belonged to below poverty line.

The researchers found that the income was one of the most influencing factors when it comes to psychological adversities that they have been facing all along. In addition to that, the mother of the children was also asked about the additional risk factors associated with the poor health as well as the behavioural changes in the children.

With these data in place, Lengua and her team evaluated the functional skills in the children through a series and number of activities including saliva samples along with the stress response hormone termed as the diurnal cortisol.

Lengua explained more about the “star” hormone in question, cortisol. She said that this specific hormone either follows a daily or sometimes even a diurnal pattern. The levels of this hormone are quite high during the morning which helps wake us up and then gradually throughout the day, falls and decreases. The only problem is that this pattern is affected in the children as well as the adults who struggle through a lot of stress.

In the children facing morning adversities, the researchers found that the morning levels are not just quite low but flat throughout the day as well. Much like insulin resistance, even when someone is faced with high levels of stress all throughout; their body becomes immune to that specific hormone, thus not reacting to it at all.

In short, it means that these children don’t have the optimal levels of cortisol present in the body which is required to be alert as well as awake to take on the day through and through. Keeping that aside, yet another factor in this was to end up assessing the executive function in the children by picking some of the effective preschool activities. These assessed the child’s ability to follow through the directions, pay attention to the commands and even react along to the same.

Exhibit 2 – In the second activity, the children played with two puppets – the monkey and a dragon. The catch in this was the fact that they need to only listen, focus and follow the instructions given by the monkey only.

The researchers also observed that the children who belonged to a family with low income and higher struggles at home showed a hampered execution function as well as an irregular pattern of diurnal cortisol levels in the body. These are what ended up contributing to further behavioural issues along with lower socio-economic competence in the children.

The study further highlights the fact that childhood adversities not just affect one’s executive functions but even makes them struggle with the self-regulation systems. While prior studies have touched bases with the prospects, this specific study explains some of the additive impacts over the course of time.

Finding suitable explanations to this has been quite easier for a matter of fact. Not only has this helped provide with an overall better ideology, it has also entailed an effective way to assess how the adversities in a child’s life does have impacts on the overall well being of theirs.

7 Unbelievable Health Benefits Of Having Sex

Sumana Maheswari - January 24, 2018
0
Sex is not just limited to physical pleasure, it does a lot to smooth over the rough parts of a relationship. On the top,...

22 Deadly Food Combinations That Majority of People Are Not Even...

Ways to Build Your Cardio Regime