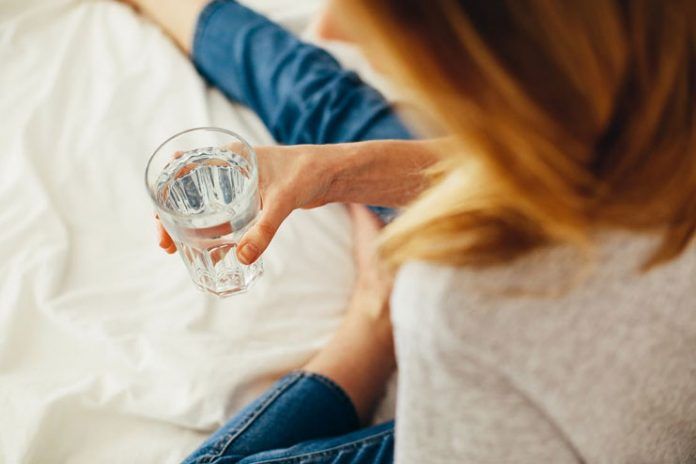 A human body is approximately made of 50-60% of water. Drinking water is a mandatory prospect in life. But, is drinking water before bed advisable? If you have been curious like many others, we hope you find the answer at the end.

Drinking 8 glasses of water a day is often advised to be optimal for your body functions. But, how many of us even abide by that?

By the end of this article, you will be getting a clear idea about the possible pros and cons with the prospect to drinking water before sleep.

Is Drinking Water Before Sleep Good For Health?

You will often come across claims stating the advantages of drinking lemon water before bed but the question here is definitely something else.

Discussing whether or not drinking water before sleep benefits your health or not is a very tricky question.

While the same does have its fair share of pros and cons, it comes down on you and how you view them.

It is not that there aren’t any advantages of drinking water before sleep but the same does come with its fair share of disadvantages as well.

Drinking water can act as a natural detoxifier but can also end up disrupting your quality of sleep, so, it is a matter of choosing the sides.

Majority of the experts suggest keeping an hour or two difference with you drinking water before bed. This reduces the possible problems associated with frequent urination during the night.

Benefits of Drinking Water before Sleeping 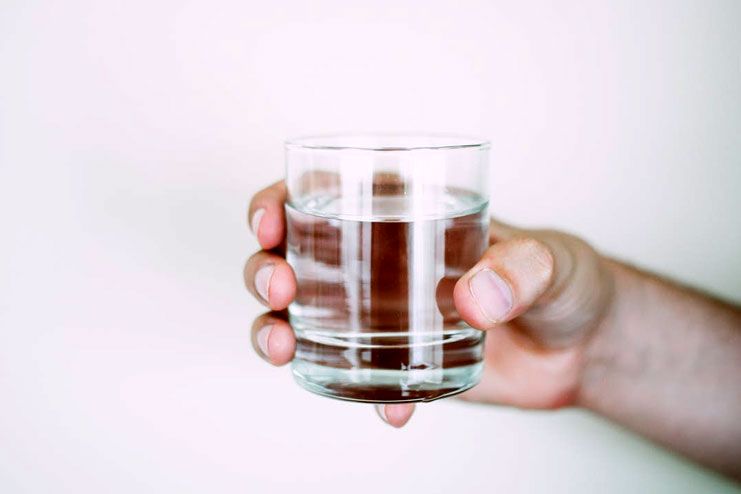 As mentioned before, drinking water before bed does come with its fair share of pros and cons.

If you are here to gather information regarding the benefits of drinking water before sleeping, we got you covered.

Some of the advantages of drinking water before sleep include: 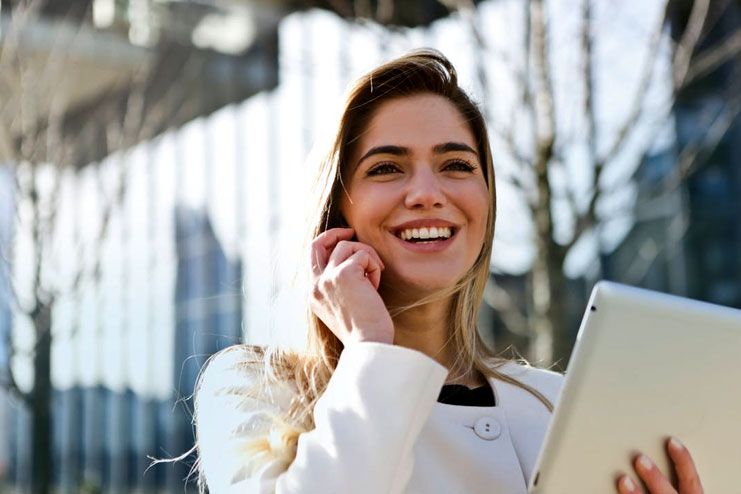 Given the kind of pressure that we are often subjected to, it is not surprising that we often find ourselves with a sour mood.

This was more or less explainable enough why drinking water before bed is actually quite a good enough option if you want a better quality of sleep along with better mood altogether.

Also, Read: Proven Factors How to Get into Mood 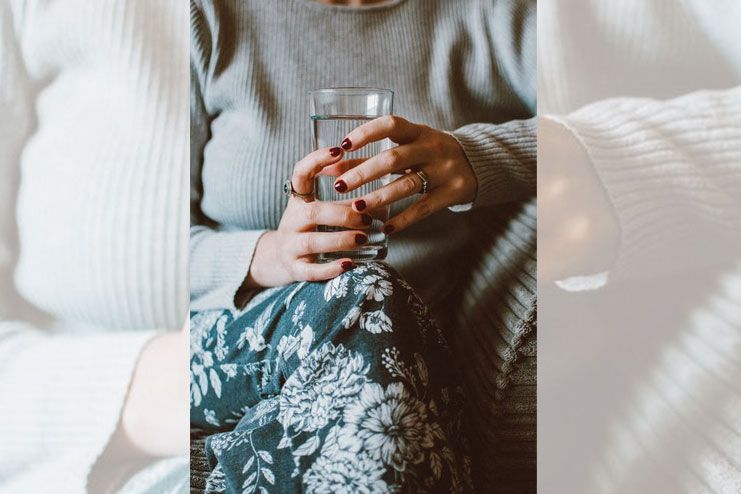 One of the most common reasons why drinking water before sleep benefits our health is because it helps to keep our body hydrated. If you have been affected with altered hydration levels in the body, it is best suggested to drink a glass of water 1-2 hours before bed.

Lack of proper levels of hydration has time and time been reported to have adverse impacts on both the physical as well as the mental well being of an individual. 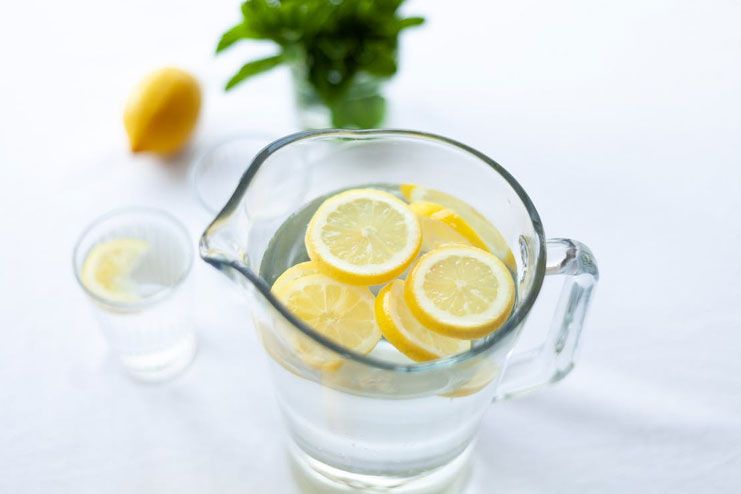 Many people like drinking hot water before sleep and if you have been sceptical till now, don’t be anymore.

Drinking warm water before bed has been found to have amazing impacts in blood detoxification and getting rid of the unwanted toxins that often tend to end up impacting the body functions.

If you plan on drinking water before bed, just warm it up a bit and drink that. It even has amazing benefits for digestion.

Not just that, drinking water before bed, especially warm water, helps in boosting the blood circulation in the body as well. It tends to make you sweat more through the night which further helps in getting rid of the excess salt and toxins out of the body.

Some findings have also stated that drinking warm water before bed can help in keeping the stomach cramps and pain at bay.

Adding a slice or two of lemon in the water can further accentuate the taste and even help you get your dose of Vitamin C for fighting off those pesky free radicals. 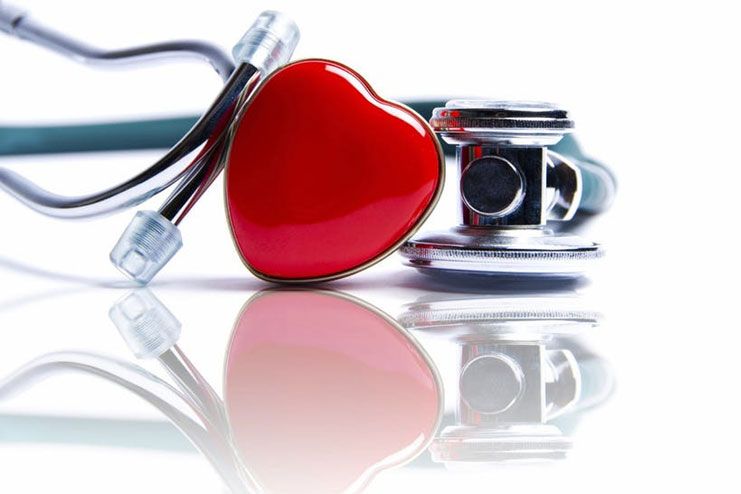 You must be wondering, why the question mark in the end of the sub-category, right?

Well, the main reason behind the same is because of the fact that this subject is still an ongoing argument. No one necessarily knows the prospects associated to be true or not.

While some claims state that dehydration could be a potent reason behind the possible risks of heart diseases, the other claims and studies are still not convinced behind the connection between the two.

Even with everything aside, it can be said that drinking water before sleep or even just drinking water, in general, is associated with better metabolism of the body which has further impacts in handling the cardiovascular risks as well.

Make sure to maintain a gap of 1-2 hours between drinking water and going to sleep.

5. Correlations Between Drinking Water Before Bed and Weight Loss 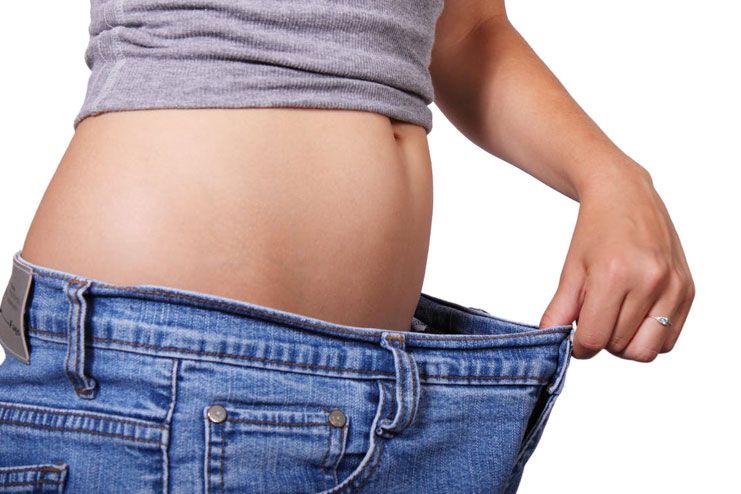 Given the kind of rave it has created around itself, it was mandatory that we take on this topic individually and then go about discussing the same.

When it comes to hydration and weight loss, the possibilities have been very discussed about.

But, the question now comes down to one, does drinking water before bed help you lose weight?

Although the number of studies concerning the topic is still a question, it is not surprising that many of the experts do side with the prospect of drinking water before bed as a possible way of losing weight successfully.

It is always best suggested to maintain a time gap in between the last glass of water and your bedtime. This helps prevent any problems associated with the prolonged trips to the washroom.

If you are wondering how water would even help you shed off those extra pounds, there are quite a number of reasons behind the same.

Firstly, water has been found to be amazing in boosting the metabolism of the body (R) by impacting the overall blood circulation and even detoxifying the blood that we often tend to complain about.

Once the metabolism of the body is on track, it does become a lot easier to shed off those unwanted fats from the body without any issue whatsoever.

Not just that, our mind often tricks us into thinking that we are hungry (R) when in reality we are just thirsty. Keeping the body hydrated, even during the night can ensure to impact the weight loss goals effectively without any problems whatsoever.

Much like how we did mention before, with the advantages of drinking water before sleep, there are disadvantages as well.

They might not necessarily seem like a lot, but these need to be put up for consideration.

Nocturia (R) is a condition which is characterized by the heightened frequency of urination during the night time.

The main reason behind the same is because our bodies tend to produce more hormones during the night time which end up slowing down the functions of the kidneys at night. So, if you are drinking more water during the night time, chances are that you will feel the urge to urinate more.

One of the major disadvantages of drinking water before bed is the fact that it ends up making you take more trips to the washroom. This has been associated with impacts on one’s mood and even negatively impacting the quality of life.

To overcome follow these natural remedies to stop frequent urination

Yet another one of the downsides of drinking water before sleep is that the same ends up impacting the overall quality of sleep.

Given the fact that you are going to have to take frequent and more trips to the washroom, it is not a surprise that the same will inadvertently impact the quality of sleep.

Drinking water before bed has been found to have impacts in altering the sleep cycle of an individual and inadvertently affecting the quality of sleep as well.

When To Drink Water Before Going To Bed? 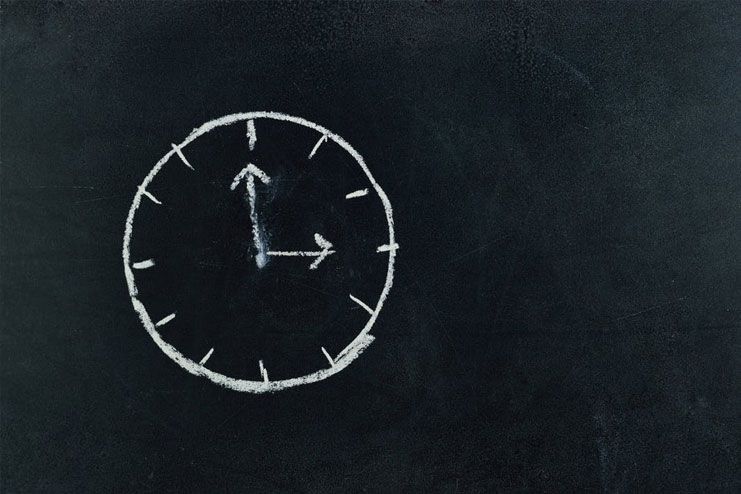 When is it ideal to drink water before bed? How much time gap should one maintain between drinking water and their bedtime?

These are some questions that do litter a number of people’s minds.

To answer that, if you want to predominantly enjoy the benefits of drinking water before bed, it is necessary that you maintain a time gap of 1-2 hours (R) in between the last glass of water and bedtime.

This gives the body time to channel the water throughout the body and thus prevents the urge for frequent urination during the night time.

Summarizing it all, drinking water before bed does have its ups and downs. It is how you handle the situation is what matters in the long run altogether. Make healthier choices and if drinking just water bores you, switch to lemon water or even something that won’t alter the body functions.

Follow on Instagram
Subscribe to HealthSpectra Get the Latest Health Tips, right in your inbox!
Subscribe Now
Your mail id is safe with us. It will only be used to send you Healthspectra newsletter! We Promise!