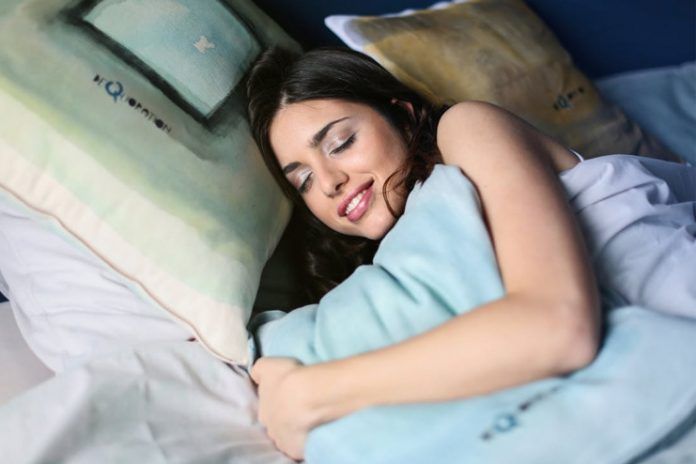 With the onslaught of stress that we struggle along with on a daily basis, it is not surprising that sleep has become a secondary factor in our life. In the United States itself, statistics suggest that 1 in every 4 deaths is caused because of cardiovascular diseases. Isn’t it alarming enough for you to ponder on the prevention methods?

A new study (R) conducted by the researchers from the Massachusetts General Hospital has found correlations between proper sleep with the reduced risks of cardiovascular diseases. Studies have priorly shown how the lack of sleep has the possibility of impacting one’s overall health, especially increasing the risks of heart diseases.

In this new conducted study, the researchers have successfully deduced that one way dependant on getting rid of the risks of cardiovascular diseases, especially like that of atherosclerosis.

Atherosclerosis is one of the most common types of cardiovascular threats that claim lives every single year. The accumulation of plaques in the arteries is what ends up obstructing seamless blood flow through them and imposes risks of development of clots that can induce heart attacks and such.

The researchers in the study have found that the lack of proper sleep often tends to contribute to the increased production of the inflammatory white blood cells which is believed to be a contributing factor to the condition of atherosclerosis.

Filip Swirski, PhD, of the MGH Center for Systems Biology, who is also the senior author of the study, stated that they have discovered the potency of sleep in the regulation of the production of bone marrow of the inflammatory white blood cells. On the contrary, the lack of proper sleep has been found to end up disrupting of the control on the inflammatory cell production which further ends up causing more inflammation and associated risks of heart diseases.

Furthermore, the researchers have also found a specific hormone in the brain which is believed to control the wakefulness cycle and is associated with the control of the processes of the bone marrow and in turn, contributes to reducing the risks of cardiovascular diseases.

In order to associate and find the impacts of insufficient sleep on the development of atherosclerosis, Swirski and his team genetically modified mice to induce atherosclerosis to repeated interruptions of their sleep.

Upon conducting this for an extended period of time, the researchers then recorded the observations. They observed that there was no substantial change in the weight, cholesterol levels or even the glucose tolerance in the mice subjected to insufficient sleep in comparison to the normal one which slept well. The only difference was witnessed in the fact that the mice developed more arterial plaques in their body with enhanced levels of monocytes, neutrophils and several inflammatory cells in the body.

With the primary conclusion drawn, the researchers wanted to indulge in some further study of the same. Further conducted experiments found that the mice which didn’t get sufficient sleep had around two-fold increase of their bone marrow of the stem cells that contribute to the production of white blood cells.

The researchers further found that the hormone influencing the heightened production of the white blood cells was found to be hypocretin which is secreted from the hypothalamus. This hormone does have a role in inducing proper sleep. It is secreted in high levels in the normal states; the same did have an obstructed production in a sleep deprived state.

The team of researchers from the Massachusetts Medical School that hypocretin was involved in regulating the production of the white blood cells through effective interaction with that of the neutrophil progenitors in the bone marrow.

In the sleep deprived mice, the sudden drop in the levels of hypocretin paved ways for the increased production of the CSF-1, neutrophiles, monocytes and in turn, in the development of atherosclerosis.

Wrapping everything up, Swirski did state that this is an indication enough for the fact that hypocretin is a very important inflammatory mediator. In order to read more into the risks of cardiovascular diseases associated with the lack of sleep, the researchers do need to study more into the pathways and the mechanisms involved.

Incredible Benefits of Cardio Based Exercise

12 Changes In Your Body When You Fall In Love – The Pleasure Island!

18 Food Swaps For Weight Loss – Switch To A Sustainable...

Somapika D - December 5, 2019
0
We are all stuck fighting a battle between losing weight and eating something that is tasty. For the most part, it is a misconception...

Insanity workout – What is it and Tips to Survive this...

11 Reasons You Should Be Kind To Yourself – Treat Yourself...

How to Get Rid of A Stye On Eye