HealthSpectra
Home News Fried Food As A Potential Risk For Early Death Among Old US... 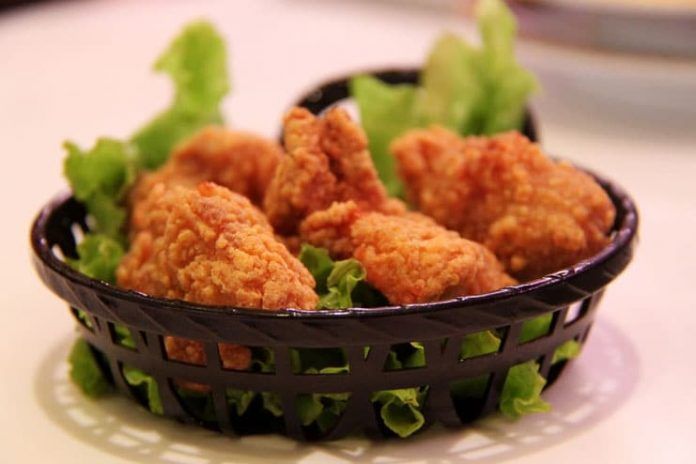 Each one of us loves and eats fried food, don’t we? Don’t even try to lie now. At some point or the other, we tend to actually give into our desires and gorge down those oily goodness. But, are those crispy, crunchy and oil dripping chicken wings worth your life? New Study says it isn’t.

A new study (R) recently published in BMJ suggests that old menopausal women who consume fried food on a daily basis have the risks of dying early. The study was conducted with the United States demographic only. It suggests that the daily consumption of any form of fried food, especially chicken and fish impose risks to one’s mortality because of a number of reasons, deteriorating heart healthy being one of the primary reasons.

The study was conducted among women in between the age group of 50-65 years. It was found that the consumption of fried chicken, fish and shellfish was responsible in heightening the risks of heart relate health issues that can further induce risks of early death as well.

Previously conducted studies among the North American demographic has found that the consistent consumption of the same has been associated with risks of Diabetes Type-2 as well as Heart Diseases. Statistics suggest that more than 1/3rd of the United States population relies on the consumption of fried food which is the reason why it is actually a matter of concern.

In order to investigate further, the researchers delved deeper. Their main aim was to find the connections between the risks of death associated with either cancer or even the heart related issues.

Participants under the Women’s Health Initiative, in between the ages of 50-79 included around 106,966 participants in total. They were provided with a questionnaire to assess their diets. The same was in between the years of 1993 till 1998 which was then again followed up again in February 2017.

In order to dig deeper into the possible cause, the researchers started looking further into the diet and the consumption of food they relied on. They did look into the total as well as the specific consumption of the fried foods including fried chicken, fish and shellfish. Not just that, they even delved into the other forms of fried foods like French fries, tortilla chips and so on and so forth.

Following considering the potential threats, the researchers concluded for a fact that the regular consumption of the fried foods is what is associated with the heightened risks of early death because of deteriorating heart health. They found that the ones consuming fried food on a regular basis had 8% heightened risks of death in comparison to the ones who didn’t.

Not just that, the consumption of fried fish and shellfish was found to have increased risks of death from other reasons by 7% and heart related deaths by 13%. The same with fried chicken was found to be 12% and 13% respectively.

That being said, the researchers didn’t necessarily find any traces of potential risks when it came to cancer related death. So, they did conclude that the consumption of the fried food on a daily basis was primarily associated with that of heart related diseases and other accessory problems.

The researchers who conducted this study also found that the women who were consuming more fried food also had an unhealthy diet and did smoke as well which could be a potent contributor to the early risks of death.

The study was nothing but an observational study and in order to trace more impacts of the fried food on the mortality of the US Women, more studies need to be conducted. Owing to the fact that the is confined to one demographic, the same might not necessarily be a contributing factor to other demographics of women.

26 Health Benefits of Pomegranate That Will Leave You in Shock

Sumana Maheswari - January 22, 2018
0
Rashes on the skin may cause discomfort and may sometimes interfere with the quality of life. Lupus rash is no exclusion and may damage...

15 Facts About Birth Control No One Tells You About

19 Amazing Benefits of Morning Walk You Need to Know of