Question yourself this, how many of you like to finish your work in a panic induced deadline? Majority of us, aren’t we? But, the question is, have you ever wondered about the effects of procrastination on health?

If you have been skeptical of what does procrastination lead to, you are in for a ride. No, this habit of yours doesn’t just impact your deadlines and the last minute work; the impacts are more than what you can even decipher altogether.

By the end of this article, you will have a fair good idea about everything that you need to know about the procrastination effects on health.

Ever Wondered Why You Procrastinate?

Maybe you are a heavy procrastinator but have you ever wondered why you are one?
Possibly not, right?

Not many of us realize this but on an overall basis; it is not at surprising that we often don’t even realize that we are procrastinating. You might not realize and you could be doing something to divert your mind from a work that is a priority.

There are several lingering theories as to why people procrastinate but two of them do stand out of the rest. Let us take a look at them, shall we?

Negative Effects of Procrastination on Health

We are all stuck in a quagmire through our daily life, squeezed in between workload and our ongoing battles.

Procrastination does nothing but makes the situation even worse further.

The impacts on health are very profound and have been found to have negative impacts on both the physical and mental health of an individual. 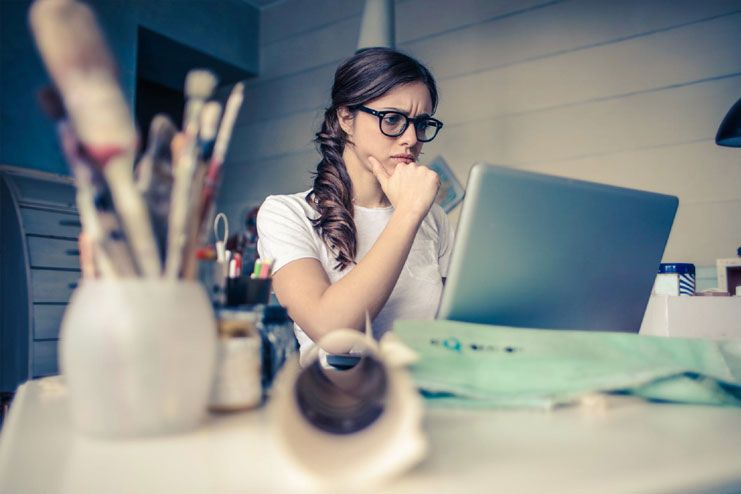 The impacts of procrastination on stress as well as mental health issues is something that the majority of the people are not even unaware of.

It is not at all surprising that pushing yourself to no ends often tend to have negative impacts on your mental health, even posing the risks of inducing anxiety and depression in people.

There have been several conducted studies (R) which have established the link between procrastination and stress. Putting off tasks and rushing through everything in the last minute has often been found to have negative impacts on your mental health, increasing the cortisol levels and inducing stress in the process.

While this might not necessarily cause heavy damage if done once in a while but if you are a chronic procrastinator who likes to put off work and test yourself with the deadlines, chances are that the same will have impacts on your mental health, especially by inducing signs of anxiety and depression.

Stress, itself has the capability of inducing negative impacts on health by making several situations worse even further. In order to avoid the procrastination effects on health, it is very important to opt for ways to manage your stress naturally. 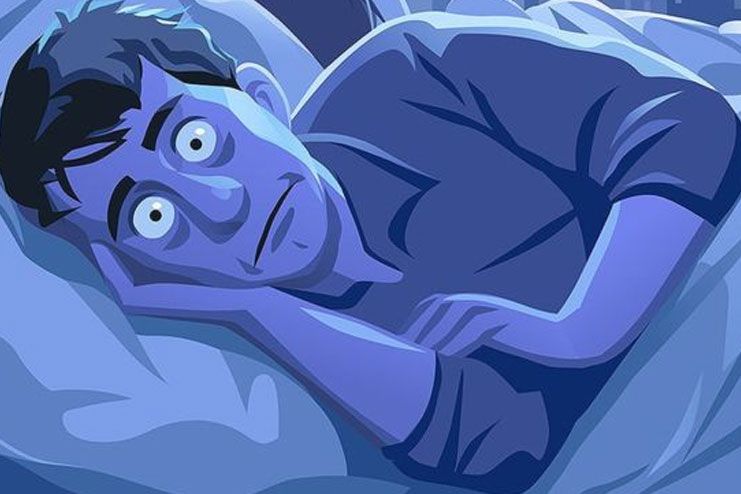 Insomnia is one of the very common side effects of procrastination on health that several people suffer from unknowingly.

“Oh, maybe I just slept more in the day.”

We often do console ourselves with this phrase when we are wide awake during the night, right?

Well, even studies (R) suggest that insomnia is linked with the signs of procrastination in people.

It has been found that people who do procrastinate on a regular basis have very affected quality of sleep. Not only do they sleep fewer hours during the night, but they have also been found to have labored sleeping schedules that have a bad impact on their overall health altogether.

The constant string of restlessness and fatigue is what ends up being an alarm for the lack of sleep and poor quality of life. 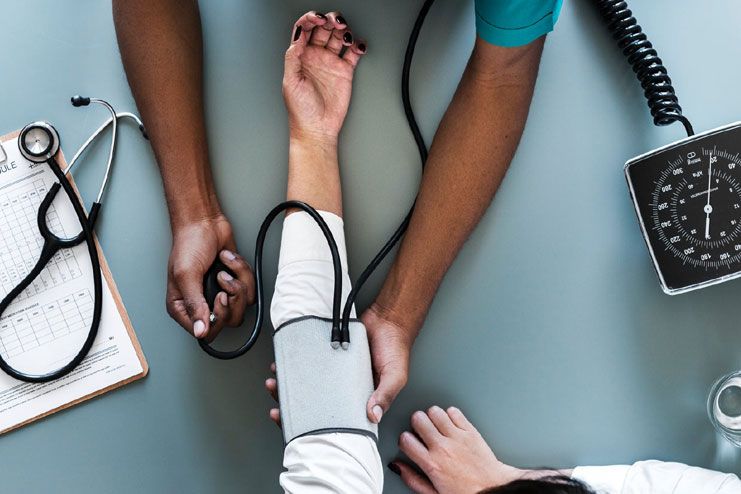 Hypertension does have the capability of affecting one’s overall well being, imposing risks of some of the most ghastly diseases altogether.

If you have been struggling with the same, chances are that your habit of procrastination could have an impact on the same.

It is believed that given the fact that people who procrastinate tend to have last minute deadlines to deal with, it does have severe impacts on their stress levels when they are trying to swerve through everything to make it on time.

The higher levels of cortisol (R) (R) in the body are often considered to be one of the most common reasons behind the induction of hypertension or high blood pressure in the body.
Cortisol does have the potency of increasing the cardiac output of the body which is what enhances the overall blood pressure of the body, causing discomfort and health issues for the person. 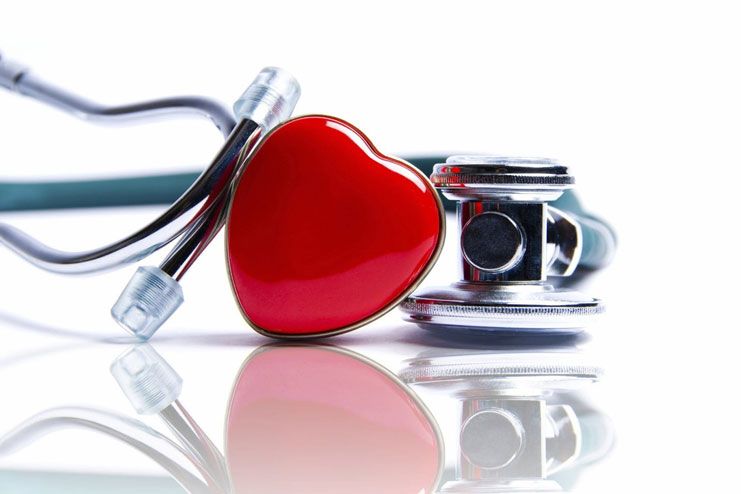 There could be a plethora of reasons behind the deterioration of your heart health.

If you look into the negative effects of procrastination on health and tally the same around, you would very well know that the impacts of the heightened stress along with the signs of hypertension does have the possibility of inducing complexities for the heart health as well.

The imposed and chronic impacts of procrastination often can end up being a liability for one’s health which is why it is always best suggested to ensure that you avoid leaving everything to the last minute and try and delegate tasks based on the time you have. 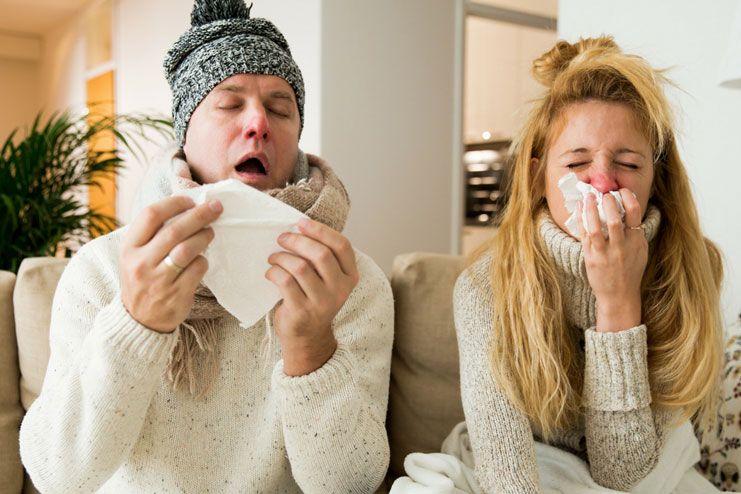 Would you believe if I said that one of the effects of procrastination on health is the fact that it contributes to impaired immunity? A specific study (R) conducted found that procrastinators not just have a bad immunity but are at a heightened risk of developing diseases.

The study found that the same is because of the lack of proper schedules and discipline in life. The unwillingness to eat proper and nutritious food, exercise on a daily basis and even the lack of proper amount of sleep has been associated with the same.

Additionally, procrastinators have also been found to neglect their health maintenance which further has impacts on their overall immunity.

Also, stress does play a crucial role in this process as well which further have the capability of making everything worse altogether.

An impaired immunity is a trigger for the induction and development of a plethora of diseases altogether which can further make the situation worse.

How Can You Overcome this Condition?

Now that we have implied and stated some of the negative effects of procrastination on health, it is time we focus on the ways in which one can successfully overcome this issue altogether.

Some of the effective ways to stop procrastinating and actually get some work done include:

You won’t necessarily realize this but one of the most common ways to combat procrastination and beat the effects is to start the process easy and slowly.
The starting point of any process is often hard but that doesn’t necessarily mean that you can’t opt for ways to fight it.

Instead of going ham and going all out, start with small steps and make gradual changes in your life. This does have positive impacts in helping beat the habit. When you gain that momentum in any kind of work, your brain starts recognizing the positive outcomes and the same does have beneficial impacts in getting over the symptoms altogether.

2. Break Down the Big Tasks

Big tasks can be very daunting and could make you procrastinate more. The best way to combat the situation is by ensuring that you indulge in tasks that will not overwhelm you.
Instead of simply just taking on the big task altogether, it is always best suggested to divide the task into smaller fragments and then work on the same.

When you break down the tasks and take them on, it does become a lot less scary and doesn’t imply any kind of negative impacts altogether that majority of us are often concerned about.

3. Don’t Be So Hard on Yourself

You will not realize this but when you are faced with hard situations, the very first instinct for everyone is to simply end up blaming themselves for the same.

This is where you are wrong.

This is often what does procrastination lead to.

If you are here having a hard time getting things done, the best way to go around it is to be calm about the process. Don’t reach to conclusions thinking you can’t do it, instead try and give yourself some time and see what works and what doesn’t.

Being lenient to yourself is one of the best ways to keep the negative effects of procrastination on health at bay.

In a conducted study by Fuschia Sirois from the Bishop’s University in Canada, she found that knowing the reason and significance behind the project is often one of the best ways to get over procrastination and get the job done on time without rushing through the process.

All you need to do is dig a bit deeper and find what the personal meaning and reasoning behind the project is and everything else falls into place altogether. This is what the researchers concluded in their study.

Often times, one of the reasons behind the effects of procrastination on health is because of the fact that we lack mindfulness. In the whirlwind of chasing after perfection, we do tend to end up facing issues concerning the impacts of this habit on our overall health.

Here, we have walked you through all the possible basics that you need to know about procrastination and its impacts on health and we hope it steers you to achieving better goals in life and that too, on time.

How to use Ginger for Stomach Problem | Ginger For Upset Stomachache

Prajakt - November 7, 2017
0
Ulcerative colitis is the condition of inflammation of the large intestines or colon, in which all the water from the waste material is eliminated...

6 Possible Causes Behind Burning Sensation in Throat and 10 Remedies...

Everything You Want to Know About Excessive Sweating

10 Things To Do Before And After Workout – Know The...