Have you been experiencing a racing heartbeat and difficulty breathing? If it has been persistent, there are possibilities for the same to insinuate the condition of cardiac arrhythmia. The condition is often neglected and not paid close attention to.

Arrhythmia can stem from a number of conditions, lifestyle and dietary choices along with an underlying health condition being some of the common contributors.

By the end of this article, we hope to provide you with insightful knowledge concerning the heart arrhythmia causes and symptoms along with the potent treatment methods that can help improve the condition altogether.

What is Heart Arrhythmia?

If you didn’t know any better, our heart has its own rhythm of beating and has its own pace to do it. The standard rate of a healthy heart should be 72 beats per minute.

Cardiac Arrhythmia is a condition in which the heart beats at an irregular rhythm and doesn’t stick to the standard norms, thereby indication some impairments to the heart health of an individual.

The condition primarily occurs when the electrical impulses which are responsible for directing as well as regulating the heartbeat fail to function properly.

When it comes to describing the heart arrhythmias and the various types, it is important that we understand the two wide classifications under the same.

Both of these conditions are further classified into further sub-categories depending on the area it is affecting and is being caused.

Some of the types of Cardiac Arrhythmia include:

Atrial Fibrillation is a condition which is characterized by the rapid and irregular beatings of the atria in the heart. Instead of the electrical signals generating through the SA node in the heart, it tends to generate somewhere near the pulmonary veins, thus causing irregular heartbeats. The condition might not necessarily be life-threatening but does have the potency to induce blood clots which can lead to strokes.

The Atrioventricular nodal reentry tachycardia is yet another one of the condition which causes abrupt changes in the heartbeat. In this, there is the presence of a small extra pathway around the AV node which makes the electrical impulse to travel around in circular motions, causing the arrhythmia.

The Paroxysmal supraventricular tachycardia is also a fastened heart rate which begins and then abruptly ends because of the lack of proper electrical connection between the atria and the ventricles in the body.
Often times, this condition is believed to be caused because of an extensive workout regime.

The condition of ventricular fibrillation occurs when the ventricles quiver due to unsynchronized contraction of the same. The condition is quite severe and the lack of blood being pumped throughout the process does have the potency to end up causing an issue for the patient, even leading to a cardiac arrest and death.

Ventricular tachycardia is the fast and irregular beating of the ventricles which often tend to last for a few seconds and then stop and doesn’t impose severe health complications. If the same does end up lasting for more than a few seconds, that is when the problem arises and requires immediate medical attention.

There could be a number of reasons behind the induction of the arrhythmia and while the primary scientific cause is the lack of proper electrical impulses passing through the heart, there could very well be a number of additional reasons influencing this in the first place.
Some of the most common reasons behind the induction of this condition include:

These are some of the influencing factors that do play a crucial role when it comes to influencing the condition of cardiac arrhythmia.

Given the severity of the condition, it is very important to pay close attention to all the details when it comes down to the same. Identifying the symptoms can be an amazing way to prevent the further degradation of the condition.

Feeling or understanding the condition just from an overview is not an easy task. This is the primary reason why if you feel any of the following symptoms, it is always best suggested to consult a doctor to get the symptoms checked out for good.

Based on the type of arrhythmia, some of the common signs and symptoms are going to be mentioned around her.

Symptoms for tachycardia include:

Symptoms of Bradycardia Include:

How to Diagnose Arrhythmia? 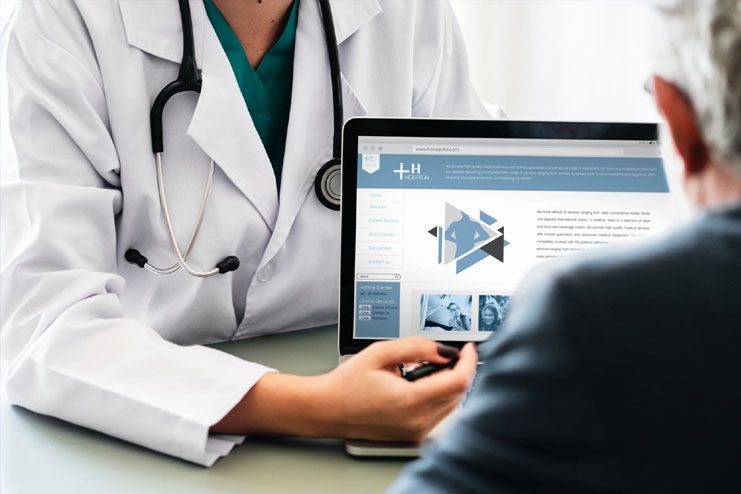 When it comes to the diagnosis of this disease, the process can actually be a bit hectic to learn. Given the fact that we often forego some of the symptoms as nothing is where the problem arises.

It is always best suggested to ensure that you get regular checkups done from time to time to keep a check on your health altogether.

When it comes to understanding and analyzing the heart arrhythmia symptoms for diagnosis, the process is not necessarily that tough to grasp.

The doctor suggests getting some tests were done which act as a marker whether or not there is something wrong altogether or not.

Some of the important diagnosis tests for heart arrhythmia treatment include: 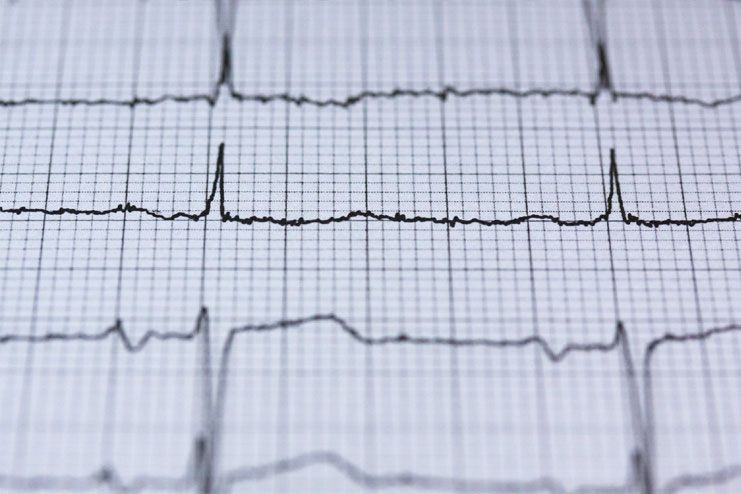 The very first test that the doctors do suggest to look into the prospect of the cardiac arrhythmia is electrocardiogram (ECG). Electrodes are attached to a specific part of the body to note down the electrical activity of the heart. Any kind of alterations in the waves further help in getting rid of the issues altogether.

An event monitor is yet another one of the portable heart monitoring devices which has been proven beneficial for keeping track of something that is wrong with the heart rhythm.

If you suddenly feel the signs and symptoms of cardiac arrhythmia, all you need to do is press the button and the record can later be shown to the doctor for them to see if there is something severely wrong with your health.

Often times, the condition of the heart arrhythmia is triggered by the exercising which is when the stress test is conducted to find out whether or not the same is the reason or there is any further underlying reason behind the problem. The patient is asked to run on a treadmill with leads attached to their body to take note of the electrical activity of the heart. 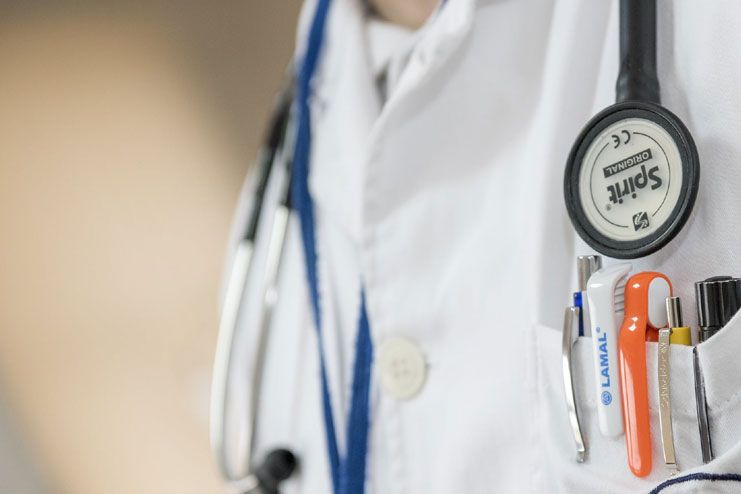 Now that we have more or less walked ourselves through the common prospects of cardiac arrhythmia, it is time we focus on the various types of natural treatment for arrhythmia.

Some of the effective treatment options for this include:

It has been witnessed that drugs are not enough to handle the condition associated with cardiac arrhythmia. In such conditions, the doctors opt for electrical cardioversion.

Atrial fibrillation is one such condition which doesn’t cure with medications.

In this process, the doctors administered some temporary anesthesia to the patient and apply an electrical shock to the chest wall which helps the normal rhythm to restore again.

One of the most common modes to treat cardiac arrhythmia is with the usage of a pacemaker. This is a device which is installed inside the body to help send necessary electrical impulses to the heart to maintain a steady heart rate.

The device has a pulse generator within in which is what helps in ensuring the maintenance of the heart rate in a steady way.

The implantable cardioverter defibrillator is yet another amazing option for the arrhythmia treatment which helps get rid of the issues altogether.

This device is mainly programmed to track the heart rhythm. If it detects any kind of imbalance, that’s when it delivers an electrical shock to the heart muscle to restore the normal functioning again.

This method is like a process in which the odd beats the odd. The doctor delivers high-frequency electrical energy to an area inside the heart which causes it to beat irregularly.
This specific energy applied ends up dislodging the actual irregularity in the rhythm that has been causing issues to the heart function. This method of treatment is often used for the treatment of a number of conditions.

Last but not least on the list is heart surgery. These do account for quite a very important procedure that helps in realigning the heart function back to normal by rectifying the condition associated with cardiac arrhythmia.

Maze surgery is the predominant method used for the treatment of arterial defibrillation. In this procedure, the doctor makes incisions around the heart tissue through surgical methods to prevent the conduction of the electrical impulses. This is often kept as the last resort is nothing else works for this.

Coronary bypass surgery is yet another one of the common surgical methods used for the treatment of the condition. This is often conducted when the patient is suffering from not just arrhythmia but also from other issues like coronary artery disease and such.

How to Prevent Arrhythmia? 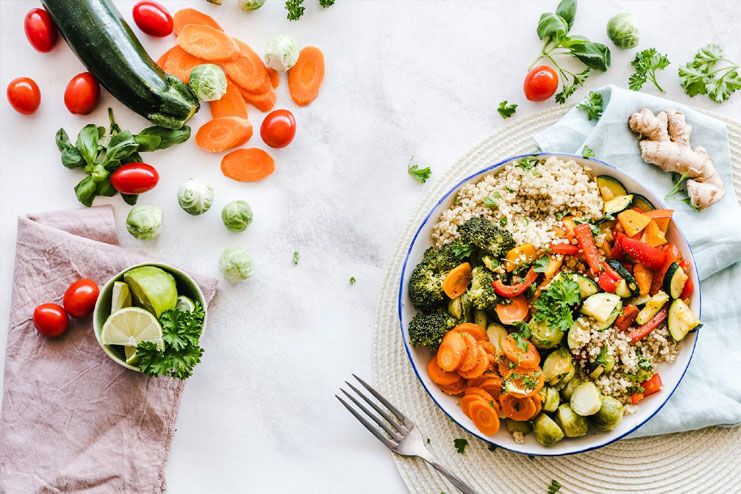 When it comes to talking about the preventive measures for cardiac arrhythmia, the possibilities all lie with the lifestyle changes that one opts for. It is important to ensure that you are not necessarily doing something to make the situation worse even further.

Cardiac Arrhythmia can be a serious issue if not tended to. If you feel like you are experiencing the signs and symptoms persistently, it is always best to focus on maintaining a healthy lifestyle and prevent ways that will end up contributing to the condition of the arrhythmia even further.

How to Get Rid of Itchy Throat Allergies

Have a diabetes diet chart handy

Somapika D - September 15, 2020
0
Underarm odour is quite necessarily enough to put you in an awkward situation altogether. There could be a wide range of reasons behind the...

How to Get Rid of Itchy Throat Allergies

Most Effective Home Remedies To Deal With Rheumatoid Arthritis

How To Stay Awake After An All Nighter? 15 Scientifically Proven...