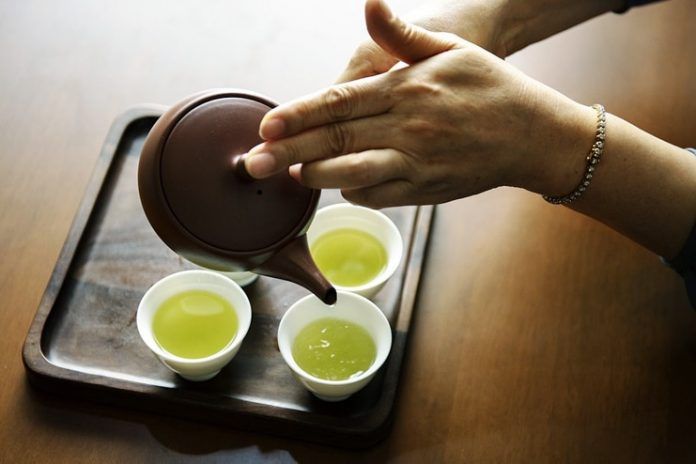 The benefits of Green tea has been a booming trend since the last few years because of the amazing influence it has on one’s overall health and well being. While this was definitely known beforehand, a new study has insinuated the beneficial therapeutic interventions for the development of memory impairment, neuro-inflammation as well as the brain insulin resistance that is often induced by the consumption of the high-fructose diet.

This new study was conducted on mice and the results were definitely positive in the sense that the compound epigallocatechin-3-gallate, otherwise known as EGCG, which is found in abundance in Green Tea and is the active compound in the Green Tea is one of the best in helping reverse the effects of high-calorie and high-lipid diet. Not just that, it also has beneficial impacts in cognitive functions of the body.

A researcher as well as the lead author of the study, Xuebo Liu from the College of Food Science and Engineering, Northwest A&F University, in Yangling, China stated saying that the Green Tea, statistically, the second most consumed beverage following water, which in itself should be more than enough to explain why this is definitely an obvious pick by several people around the world.

The consumption of Green Tea has been practiced since decades as an alternative method to get rid of the excess fat, combat obesity, treating insulin sensitivity as well as the common problems associated with memory impairment. The study to find the potent benefits of Green Tea on cognitive functions was effectively done in 3-month-old male C57BL/6J mice who were separated into three groups based on their diet.

The similar diet was administered to the mice for 16 weeks straight after which the researchers went on to finally draw their final conclusions regarding the outcomes of the diets.

Three conclusions were drawn which include:

For the final conclusions and results to get a hang of the cognitive functions and the memory functions, the researchers conducted the Morris water maze test in which they found that the mice fed with the high fructose diet took more time to find the platform in comparison to the ones that were fed with a combination of high fructose diet and EGCG.

This extensive research encircling the positive impacts of the EGCG on the overall well being, especially the memory related functions and cognitive abilities is what might lead to the further extensive studies on the benefits of Green tea on the overall health and well being

Know about the Gestational Hypertension Diet

Do and Doesn’t before and after facial

13 Scientifically Proven Factors That Can Help You Getting In The...

Somapika D - July 7, 2018
0
S*x is nice but there are definitely going to be days when you wouldn’t just feel it in your bones even if your partner...

22 Extraordinary Honey And Cinnamon Benefits You Need To Be Acquainted...

10 Yoga Poses For Heart Health – Get That Blood Flowing...

7 Effective Apple Cider Vinegar for Sore Throat Remedies to Get...