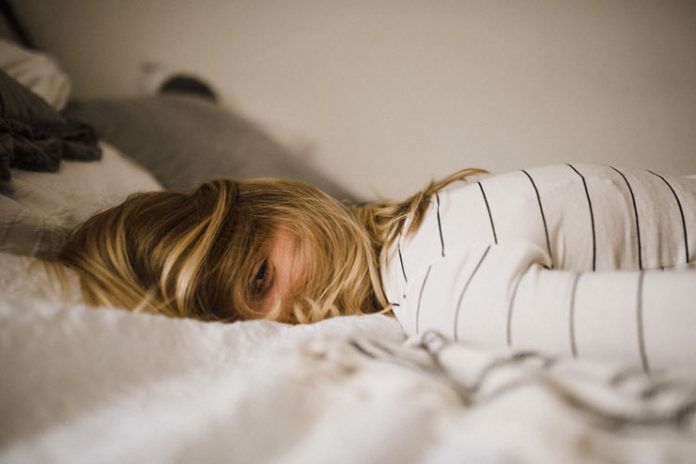 Sleep apnea is a type of sleeping disorder that causes sudden stoppage in the breathing during sleep for a few seconds and then starts back up. The condition has a number of dangers on one’s overall life, making it tough for one to get quality sleep on a daily basis.

A new study (R) conducted by the researchers from the University Of Pennsylvania School Of Medicine found that losing tongue fat does have positive impacts in helping improve the issues associated with sleep apnea and reduces the risks associated.

The researchers using MRI to find the impacts that weight loss have on the upper airway in the obese patients and found that losing tongue fat was the primary factor associated with better health and reducing the risks associated with obstructive sleep apnea.

Weight loss has been considered one of the best ways to help promote the issues associated with obstructive sleep apnea. But, how or why that is the case is a question that has bugged scientists all along.

But, this new study has found one of the strangest results which suggest that losing tongue fat is one of the easiest ways to tackle the issues associated with sleep apnea and the impacts that it has on the overall health.

Richard Schwab, MD, chief of Sleep Medicine suggested saying that with so many findings, the researchers have failed to focus on the tongue fat and the kind of impacts it has on the treatment of sleep apnea. Now that the researchers are aware of the risk factors that the tongue fat imposes on the condition of sleep apnea, it would possibly help them establish a better approach to the therapeutic treatments.

According to the statistics, it suggests that 22 million Americans struggle with sleep apnea which negatively impacts the sleeping cycle in the affected individuals. One of the most common symptoms of the condition is loud snoring which is then found to elevate the blood pressure levels and enhance the risks of stroke as well.

It isn’t a new factor that obesity is considered one of the primary triggers when it comes to sleep apnea but new studies suggest that the condition can be affected by a number of accessory reasons as well. The larger tonsils and recessed jaw are two of the most common factors that influence this as well.

The use of CPAP (continuous positive airway pressure) machines has been found to be quite beneficial in improving the condition of sleep apnea by 75% but the same is not that effective for the remaining 25%, making this quite a tough call to look into. There are a few alternative treatment options for the condition, including oral appliances or a surgical procedure done for the upper airway tracts.

In one of the studies conducted back in 2014 by Schwab, it was found that the patients who tend to struggle with the condition of sleep apnea tend to have larger and thicker tongues. Not just that, people struggling with sleep apnea were also found to have high fat deposition in their tongues when compared with that of the people with no history of sleep apnea.

Once that was determined, the next step for the researchers was to find whether or not reducing the tongue fat had beneficial impacts in reducing the risks associated with sleep apnea in the affected individuals.

The latest study included the participation of 67 participants suffering from mild to severe conditions of obstructive sleep apnea. The individuals were also obese, having an index of over 30 in the BMI chart. The subjects also successfully lost around 10% of their body weight, either with exercise or with surgery over the span of six months.

With the successful weight loss, there was a 31% rise in the overall results with the sleep apnea, helping them improve the overall prospects of recovery and treatment for the better.

Before as well as after the weight loss, the individuals underwent an MRI of their pharynx and their abdomen. The researchers found that it was not just the reduction in the overall body weight but also the weight loss around the upper respiratory tract that ended up helping improve the overall condition. The researchers further found that the reduced tongue fat was the primary factor influencing the condition of better recovery for the sleep apnea.

In addition to that, the researchers also found that the weight loss reduced the presence of pterygoid as well as the pharyngeal lateral wall which further has beneficial impacts in helping combat the condition of sleep apnea for the better.

With the findings, the researchers do believe that losing the tongue fat is one of the breakthroughs when it comes to finding better treatment options for the condition. They are going to look into the further low fat diets and the kind of impacts that the same have on the prospects of losing the excess fats from the tongue.

Schwab and his team are also looking into new interventions to help come up with better approach to the treatment of this condition in the long run. Further studies are on the way to find better therapeutic approaches for the treatment and how the same impacts one’s overall well being.

25 Amazing Self Care Tips To Love Yourself Better!

10 Tips to Make your Abs Stronger

Somapika D - January 31, 2019
0
People all around the globe have this common notion that eating fats is only bad for one’s health. What we fail to...

Everything You Need to Know About Snake Eye Piercing