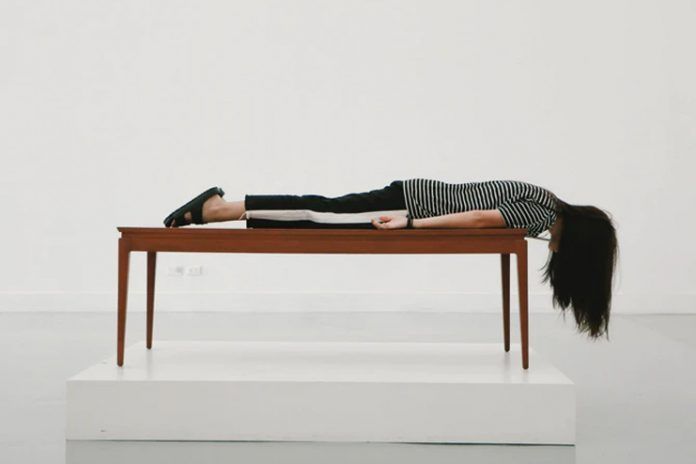 The importance of quality sleep doesn’t need a side introduction. From helping boost our cognitive abilities to improving our overall health and coordination, sleep is a necessity in our everyday lives. But, have you ever wondered what happens when you don’t sleep for days?

To be fair, people suffering from insomnia often tend to struggle with such situations that end up affecting their overall well being in the long run.

The effects of not sleeping for days are drastic and that is exactly what we are going to discuss round here.

How Much Sleep Does One Need? 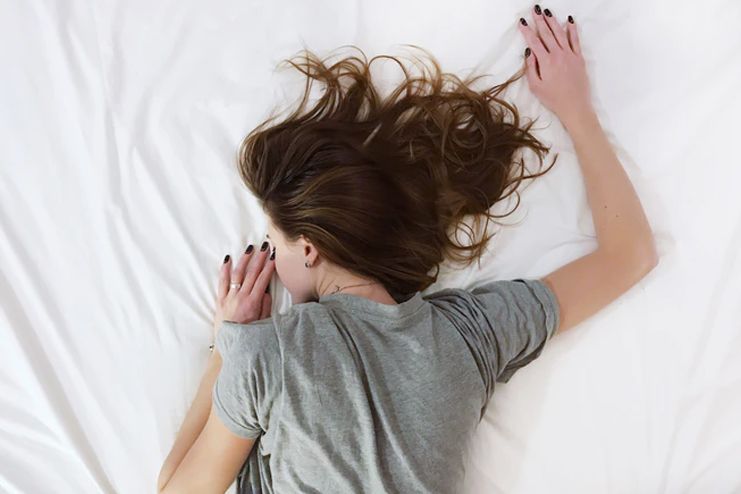 According to the National Sleep Foundation, it is suggested that the number of hours of sleep varies, depending on the age of the individual. To provide you with a better understanding, we are going to chart things out.

What Happens To Your Body When You Don’t Sleep? 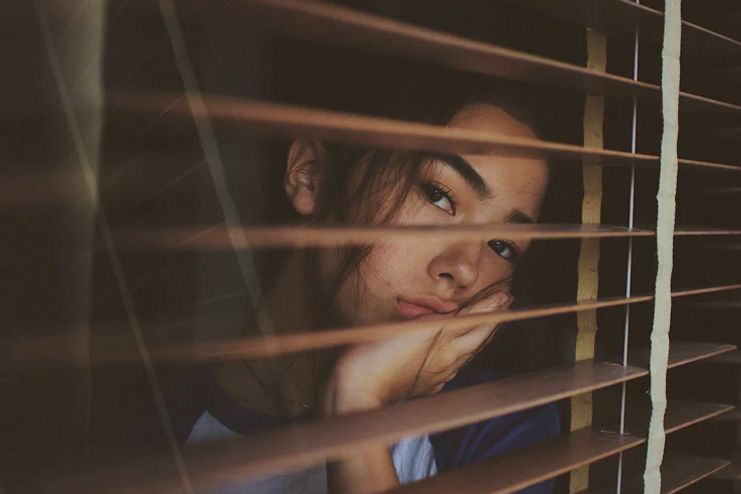 If you having a hard time getting some quality sleep, especially one that drags on for days without any stop, it is time that you either see a doctor about it or try other effective ways to combat the issue.

Knowing the impacts of the lack of sleep for persistent days can further help you understand the severity of the condition, providing better insights into why treatments are necessary.

For better understanding, we have broken down the duration based on individual days for elaborate explanation. 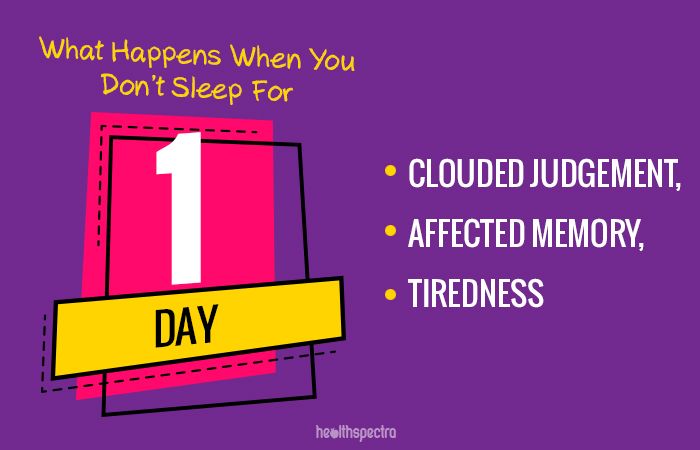 Pulling an all-nighter is a very common happenstance when you have an important exam lined up, isn’t it? But, while you might have pulled the all-nighter seamlessly because of the driving stress of mugging everything up, you don’t necessarily realize at the moment that the same end up putting your body through a lot of strain.

Not sleeping for 24 hours, even just 17 hours at a stretch has been found to have direct impacts on the cognitive abilities, memory, judgment and even the overall hand-eye coordination.

While the feeling of tiredness and sluggishness is very common, irritability is also a very common situation that many encounters.

Studies also suggest that your pain receptors are unlikely sensitive and there are impacts on your hearing, even if you don’t believe it.

In order to combat the heightened levels of cortisol in the body, the same ends up contributing to an abrupt halt to the glucose metabolism in the body. Lack of sleep by 24 hours pushes the brain into a state of “local sleep”.

During this state, the brain is in a state of rest, wherein a few parts are active and a few parts are at rest. This helps in inner fueling and recharging of the brain and the functions so that the body doesn’t end up collapsing.

The advent of microsleeps is also possibly witnessed when you haven’t slept for a day. These sleep cycles last for 15-30 seconds. This medical condition is also known as the act of “zoning out” in simpler words.

Microsleeping is the last resort when the brain and the mind fail to recover and restore the state of the active and alert state.

Lack of sleep for 24 hours results in making you more emotional with impaired attention and alertness in the brain. 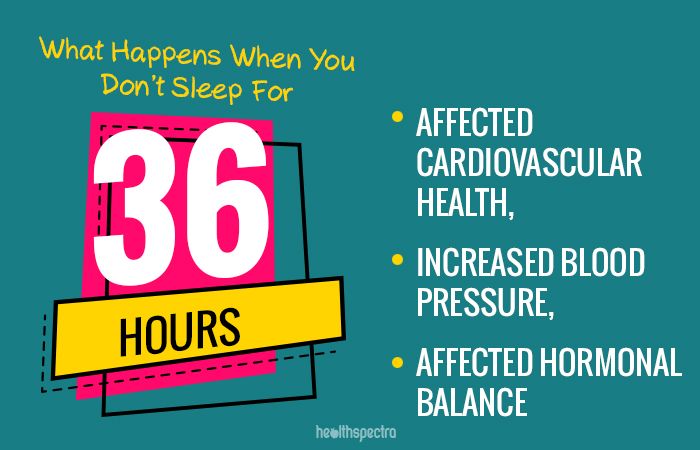 As the span of the wakefulness cycle is alert, the body succumbs to more and more stress with each passing hour. The more strain that the body is subjected to, the worse the symptoms get. While the lack of sleep for the first 24 hours impacts the mental well being and brain wiring, the impacts for not sleeping for 36 hours straight ends up affecting the physical wellbeing next.

The next stage of lack of sleep holding up to the 36th hour ends up impacting the heart and the overall cardiovascular health.

Lack of sleep causes a rampant rise in the levels of the cortisol which in turn enhances the inflammatory markers in the body (R) which impact the heart health negatively.

It also affects the blood pressure directly, causing a sudden spike without any gradation. Not just that, the lack of sleep for 36 hours also has direct impacts on the hormonal balance of the body, making your emotions go haywire.

The lack of persistent sleep also showcases symptoms of dehydration, where you feel dizzy and can even struggle to keep yourself standing straight. Not just that, it also affects one’s mental ability, causing them to lose the motivation to anything.

Often times, the lack of sleep consistently do make your body work on autopilot, especially in a situation of fight or flight. But, it is likely that the mind won’t remember a majority of the happenstances during that phase of time and just power through. 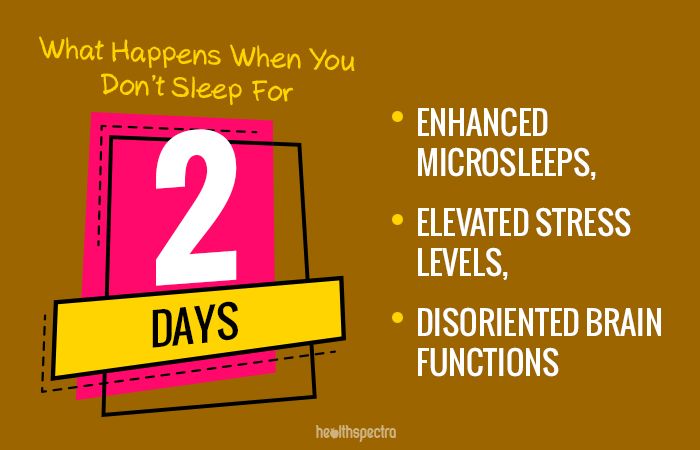 The lack of sleep for two days is further marked by the heightened levels of stress and cortisol levels in the bloodstream, causing a constant state of panic and anxiousness with jittery feelings even when the body is just about ready to crash.

The lack of sleep in the second day is when it starts affecting the immune system and reduces the levels of the white blood cells in the body. This phase is also when the brain goes into microsleeps to prevent the body from shutting down completely.

The difference with the microsleeps in this phase is the duration. Unlike the 15-30 seconds duration during the first 24 hours, the same can last from 1.5-2 minutes during the 2 days period without sleep.

The body and the mind also undergo a rapid phase of disorientation, causing further impacts on the overall mental stability.

The microsleeps that one experience in this phase are more of the blackouts than getting lose, if that makes sense. You will end up losing focus in the long term and even experience a neutral state of mind during that said time frame, causing chaos for your body.

The body, with the lack of sleep for 24 hours, often does end up losing its efficiency of fighting back for the diseases, which further ends up making the body more prone to diseases. 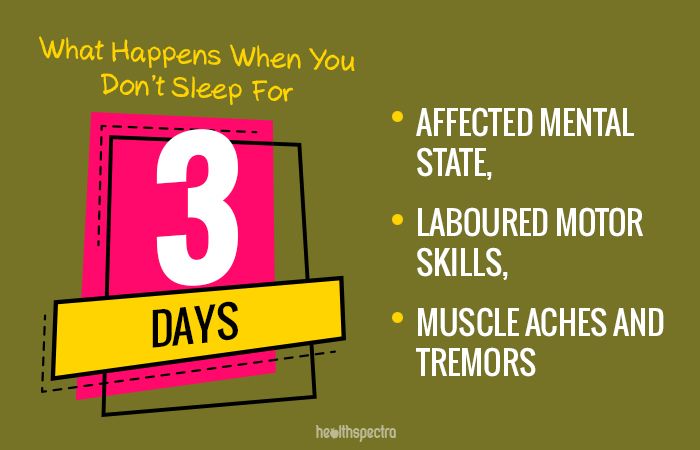 The more one goes without sleep, the more are they affecting their mental capabilities, making it hard for them to find better ways to cope with the situation at hand.

Sleep deprivation consistently for 3 days straight leaves your body in a right state of mess. It has direct impacts on not just the mental state but starts affecting the motor skills in the body too. It leaves the body in a weird state of not being fully awake or even asleep, which can be very devastating and destructive for the body. Some people also tend to even suffer from hallucinations and constant feelings of dissipation.

Muscles aches and tremors also step into the puzzle and can cause extensive distortions to the overall physical well being.

This state is marked by grave and persistent cognitive deficits which end up affecting one’s levels of motivation and mental processes.

People tend to lose all the energy to function at times as well, making it hard for them to carry on with the tasks at hand. 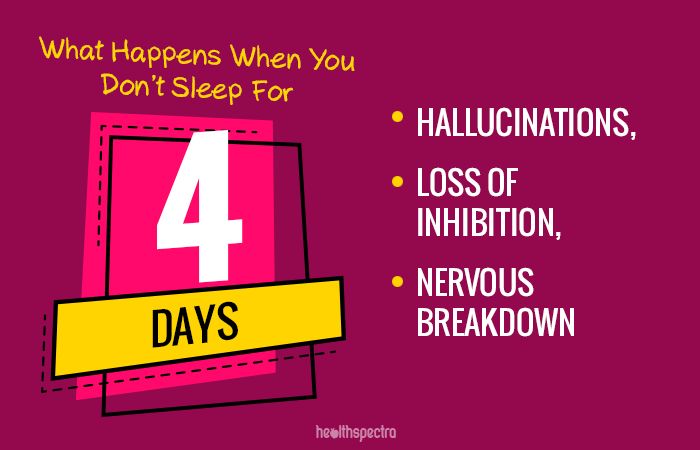 It is believed that the body has the capability to go on without 264 hours of sleep which accounts for 11 days but for the most part, a normal human becomes non-functional just after it has undergone the lack of sleep consistently for over 3-4 days.

The body loses its inhibition and ends up struggling with the state of wakefulness. The body is at a point of exhaustion that even sleep doesn’t seem to be a plausible option.

Instead of sleeping, the body tries to cope with the consistent lethargy and the breakdown that it ends up zoning out completely with no possible responses and alerts along the way.

Not just that, the situation also often calls for the constant nervous breakdown because of the constant state of wakefulness.

How Long Can You Go Without Sleep? 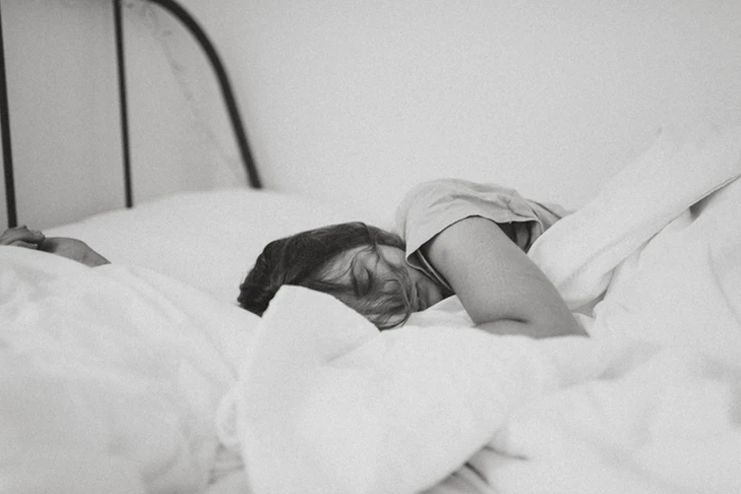 When it comes to the longest that a person can go without sleeping, it is believed that the same roughly accounts for 264 hours which is around 11 days.

Mortality from sleep deprivation isn’t a common phenomenon but that doesn’t necessarily mean that the same can’t happen because it very well can. Psychosis is the extreme that happens with the persistent and continued lack of sleep and requires immediate mitigation to recover from the state of trance that many are subjected to.

If you have been wondering what happens when you don’t sleep for days, we have sorted them out based on the days. If you are struggling with sleep and not sleeping well for consecutive days, chances are that you are going to end up affecting your health because of the same. It can lead to destructive impacts which is why it is very important that you seek medical help before its too late to respond.

Gestational Diabetes Diet And Tips For A Safer And Healthier Delivery

Somapika D - October 9, 2019
0
Have you been witnessing your gum line pushing back, exposing more of your teeth? While this condition is not often a very commonly diagnose,...

12 Ways To Overcome Addiction – It Is Time To Fight...

Inter Personal Relationships – Get Educated About Its Nitty-gritty!