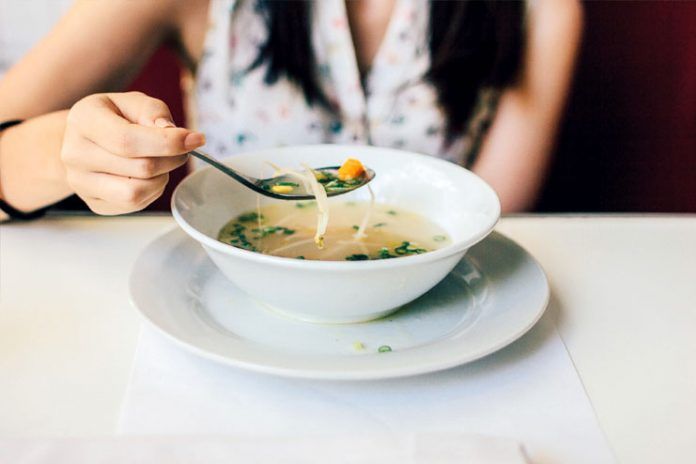 Maintaining a healthy diet is key for your overall health. If you have heard of possibilities around, it is believed that your vision and every single body function are dependent on the kind of food that you consume. One conducted case study linked the improper diet being a possible cause behind the condition of blindness.

A new case study (R) conducted by the researchers from the University of Bristol suggested saying that an extremely picky eating along with an improper diet was found to be a possible reason behind the condition of blindness in an individual.

The researchers who were actively involved with the study stated saying that it is important for the clinicians to recommend their patients with a nutritional optic neuropathy for the ones who are suffering from persistent symptoms regarding their vision irrespective of their BMI to prevent any kind of permanent loss of vision in the individuals.

For those who aren’t aware, nutritional optic neuropathy is described as a condition which is characterized by the dysfunction of the optic nerve which plays a pivotal role in vision. For the most part, doctors suggest that the condition is reversible if early diagnosis is brought upon. The problem arises when one leaves the condition untreated. Leaving it on without any kind of treatment often does lead to permanent structural damage to the main optic nerve, thus resulting in blindness.

Statistics and reports from the United Kingdom have suggested that some of the most common reasons behind the condition of the nutritional optic neuropathy is caused because of the bowel disorders or even because of the consumption of drugs that hinders the process of absorption of some of the essential nutrients in the body from the consumed food.

In the UK, the dietary causes behind this condition aren’t the primal reason because of the ample supply of the food sources. But, the same can’t be said for the rest of the countries across the world, especially in some of the developing or underdeveloped countries where there is poverty, war as well as the problems surrounding the lack of food sources. This is what leads to the condition of malnutrition, thus causing the problems with one’s overall diet.

The clinician scientists from the Bristol Medical School and Bristol Eye hospital thoroughly examined the condition of a teenage patient who came to see them with complaints of constant tiredness. The doctors couldn’t place a proper diagnosis for the condition and it was quite late when they established a possible connection between nutritional status and the vision. By the time that the doctors were able to establish the connection, it was already too late and the damage was already permanent.

The patient in question was found to be a fussy eater but had a normal BMI along with the prospects of no intake of drugs as such. The patient also didn’t show any signs of malnutrition and was not on any kind of medications as well.

Following the administered treatment process, the patient then again came back for a follow up check-up a year later. When the patient came back, they were already experiencing hearing as well as vision issues and the symptoms surrounding the same have already started creeping in. The only problem with this was the fact that the clinicians weren’t able to put a reason behind the condition.

By the age of 17, the patient experienced a downhill with their vision which kept getting worse with time, to a point that they attained blindness. To test out the possible reason behind this condition, the clinicians conducted a series of tests.

Upon getting the results back, they found a loss in the levels of the Vitamin B12, copper and selenium along with higher levels of zinc. Apart from that, they also found reduced levels of Vitamin D in the body along with that of the bone mineral density.

The clinicians conducted an enquiry about the kind of diet the patient relied on and found that they depended on extensive eating of the chips, processed meat and white bread, all three of which have very negative impacts on one’s health and overall nutritional benefits. By the time the condition was diagnosed, they found a rapid decline in the vision, which later turned to blindness.

With all the data and the findings that they gathered, the researchers concluded for a fact that it is because of the junk food and the lack of proper nutrition in their body in terms of the vitamins and minerals in the body that they same could happen. They believe that the condition of the nutritional optic neuropathy could very well be because of that condition.

The further links between nutrition and blindness need to be looked deeper into. But, for now, the researchers believe that the condition could be increasing in the years to come, mainly because of the rapid increase in the junk food exposure that people are bound to. Additionally, a vegan diet with lack of proper supplementation with the Vitamin B12 could be another condition as well.

8 Foods To Consume To Maintain Electrolyte Balance For Healthier Lifestyle

Prenatal Testosterone To Be A Degrading Factor For The Female Twin, New Study Suggests

Somapika D - August 31, 2020
0
With your hands working on your keyboard, you can feel your eyes drooping too. How often do you experience a sluggish afternoon when all...

10 Ways To Stop Sweating In Nervous Situation – Get Better...

15 Easy Tips on How to Stop Food Cravings for a...