HealthSpectra
Home News Can Fetal Gene Therapy Put a Stop to Possible Diseases Even Before... 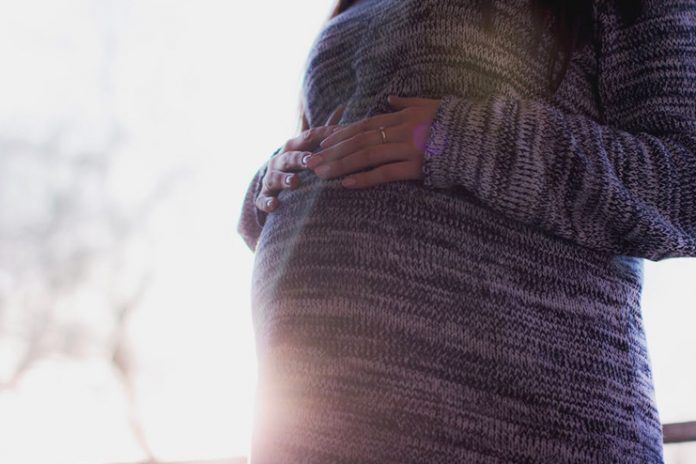 Gene therapy (R) is an evolving form of research technique in which the correct form of gene is injected into the body of an affected individual, primarily with a vector (virus in most cases). The ongoing research shows that the scientists are developing cures for gene mutation causes diseases like that of sickle cell anemia, Duchenne muscular dystrophy and a range of other ones.

The success of this technique has also been seen after its implementation in the treatment of a form of inherited blindness (R) in a patient in the United States.

But, let us divert our focus to how this therapy can benefit a baby even before it’s born. Can you even imagine how easier it would be if the inflicted disease is remedied even before the baby’s birth? While the progress in the fetal gene therapy is still in progress, its feasibility is still being tested before the scientists finally decide to approach any form of clinical trial.

A renowned scientist from the University College London, Dr Simon Waddington exclaimed that they are ready to go with their trials of gene medicinal therapy on the sick children. If you are questioning the root cause behind the heightened enthusiasm, it is primarily all because of the study (R) conducted and published by Waddington and his team concerning a successful gene therapy trial.

The treatment was conducted on fetal mice for the possible treatment of Gaucher disease, a form of disease which results in the absence of a certain type of enzyme that aids in breaking down a form of fat in the body. Dr Waddington and his team transferred a corrective gene with a vector in the body of the affected mice.

The entirety of this treatment was conducted in utero and the outcomes were definitely what the scientist and his team expected. They noticed that the affected mouse, after the treatment, was almost indistinguishable from the other healthy mice in the litter. But the most distinguishable result was seen in the fact that the success of the treatment was way more in utero than after the mice was born.

That being said, even though there has been distinguishable results on the conducted trials on mice, for it to be successfully administered in human fetus would require regulatory as well as ethical approval because of the primary reason that this process of gene therapy would impose possibilities of risk on not just the fetus but the mother as well.

Dr Waddington and his team decided to start off their research with the treatment of neuronopathic Gaucher disease owing to the severity it brings about in a child’s life. Majority of children born of with this mutation-caused disease often ends up with a few years to live right after their birth which is nothing but devastating. He is expecting that the conclusion and results of his conducted study would make people understand the actual awesomeness behind the science of gene therapy.

Another pediatric and fetal surgeon at the Children’s Hospital in Philadelphia, Dr William Peranteau who has also responsibly done a recent review on gene therapy (R) exclaimed that with the overwhelming development of both the pre-natal and post-natal gene therapy, the possibilities of actually implementing this treatment for clinical trials is a definite possibility in the future (with substantial research and studies supporting the cause).

With that being said, scientists and researchers don’t think that the usage of gene therapy would dictate its importance in all forms of diseases but only a handful of them. The primary reason behind the same is because there are possibilities that the corrected gene can attach itself to the mother’s DNA, instead of the fetus, which is one of the primary concerns. Studies and trials are being conducted surrounding this to find the intensity and probability behind the same.

Many researchers believe that administering this gene therapy during the fetal stage is fruitful because of the fact that the immune system of the fetus is still underdeveloped which lessens the risks of the body treating the injected gene as a foreign particle (although the completely possibility of it is not abolished). Researches are still being conducted to make a form of vector that would specifically reach the fetus rather than affecting the mother.

MacKenzie’s fetal stem cell trial (R) was probably the first implemented trial but there have been recent studies (R) that sure do shed some light on the possibility of treating rare genetic diseases in fetus by directly injecting the gene into the amniotic fluid. Clinical trials are also being conducted encircling the “Everrest” in which the pregnant woman will directly be treated with a gene therapy to optimize a condition, otherwise known as fetal growth restriction.

The first setback in this field was back in 1999 when a patient died upon the administration of the gene therapy. This is the primary reason why the growth in this particular field is still calculated and measure rather than rushed and vigorous.

Is Coconut Oil For Eyelashes Actually Effective In Promoting Its Growth?

20 Bad Shower Habits That You Need to Ditch Right NOW!!

Health Spectra - February 28, 2017
0
Cholesterol is a type of fat in your blood. Your cells need cholesterol and your body makes it. If you have too much cholesterol,...

12 Effective Ways For Treatment For Bedsores For Faster Recovery

20 Effective Ways To Stick To A Healthy Diet For Weight...