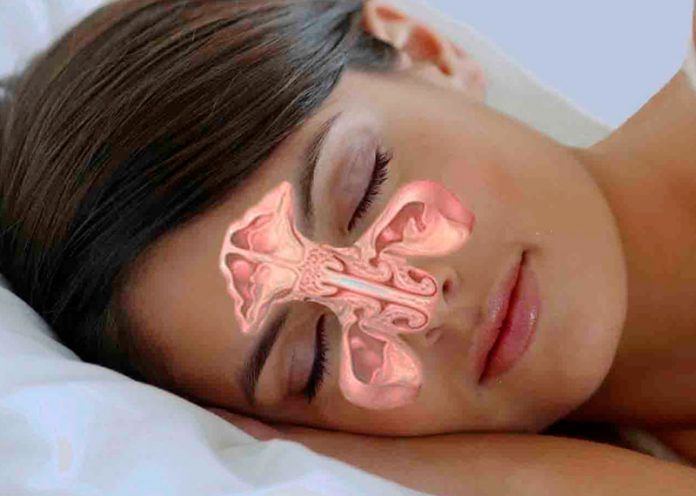 Sinuses are the hollow cavities, within the bones, which provide form and shape of our facial features. Them been hollow, often leads to their getting filled up with mucus, which may lead to infection. Severe inflammation may lead to further severe pain and blockade of the passages. The phenomenon, in medical term is termed as sinusitis.

Development of fluid in the sinuses, and the resultant pain, could also be from a common cold for some people. It is still a common misconception that sinusitis, gradually self cures with age. It could actually surface at any age, and persist through a lifetime. Most people either live in denial, or prefer to stay ignorant.

At times, for severe cases, surgery might be the only cure that is recommended, to drain out the sinuses. As the age old saying goes, “Precaution is better than cure.“, hence we have for your benefit a list of Natural remedies for sinusitis, that are sure to prevent your sinuses, from escalating to drastic proportions, wherein you have, no options left, but go under the knife.

Remedies for sinusitis, is as debatable a topic as you can get, yet nasal washes such as saline spray, are absolutely irrefutable.

A saline wash dilutes the secreted mucus and facilitates its passage out of the nasal chambers. They are proven to be effective, and are generally the first line of defense against initial symptoms. Regular rinsing of the cavities is prescribed for affected cases. If there is a sudden drop in temperature, or exposure to dust, then the frequency of rinsing is suggested to be doubled.

2Recommended use of Bromelain

Otherwise available in the market as a food supplement, Bromelain is a form of protein that is found in pineapple juice and stems. Since the days of the Colosseum, prize fighters have been using the particular substance to cure their post fight bruises.

Bromelain is known to be a proven alleviator for nasal swelling as well. A prompt word of advice from your doctor is all you need before you start taking the supplement, as it may interact with other medication that you may be taking.

Steam vapor may be extremely beneficial in moistening the sinuses, and hence provide instant relief to those burning tracks. A drizzle of menthol or eucalyptus, helps in further loosening up the debris that might have congested those passages.

A hot, steamy shower has proven to be just as much of an alleviator.

It is imperative for us to make sure that the general water balance in our body is perpetually maintained. Drinking a good amount of water, would again keep your sinuses moist, which is how you would want them to be, in case of an inflammation.

5Whip up those spices

Read or Home remedies for cold

How To Wake Up Without Coffee? 20 Amazing Non-Caffeinated Ways!

18 Ways to Get Rid of Ingrown Hair at Home

What Happens To The Body When You Live A Sedentary Lifestyle? 13 Possible Complications!

14 Health Benefits of Endoflex Essential Oil That You are Not...

12 Home Remedies For Hay Fever – Get Them Sneezes Out