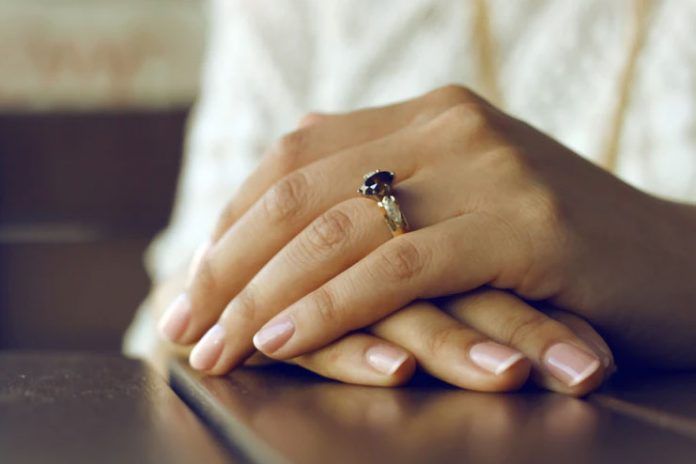 Ever noticed something off about your fingernails? Maybe a splotchy white colour or a fading pale mark on the nail? If these are something you have been noticing, have you been wondering what fingernails tell about your health?

It is not necessarily the most common to realize the importance of the fingernails as a marker for your health condition. While you might consult a doctor when you are suffering from a fever, you might not do the same when you find a white spot on your nail. But, what if that white spot signify something worse with your health?

Here, we are going to looking into what fingernails tell about your health and how you can overcome these issues.

What does your fingernail tell you about your health? 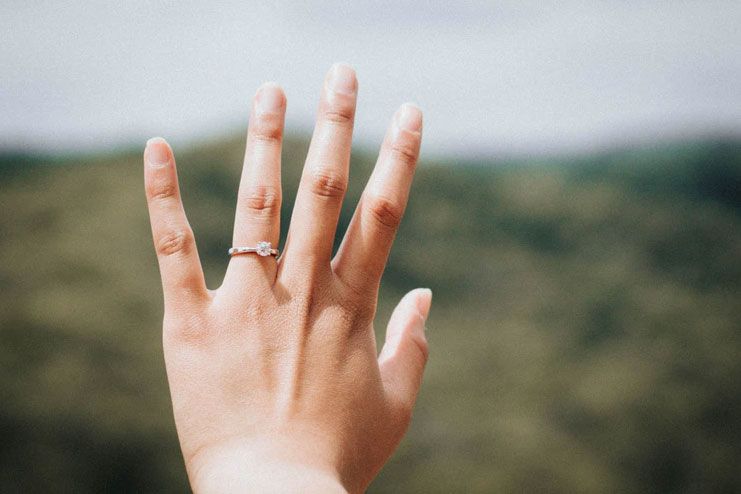 There are a number of insights when it comes to the fingernails and how the same could effectively help you learn more about your health.

It could be anything, ranging from the white spots to the bumps, the possibilities are quite extensive.

That aside, knowing these beforehand can help you get a better understanding of the precautions or the steps that you need to take to avoid the issue from getting out of hand.

Let us take a look at few of them.

If you have extremely pale nails, almost looking like you have whitewashed them, it is likely that the same indicates a number of underlying health disorders.

Anemia is one of the most common reasons behind pale nails. The improper levels of hemoglobin in the body can take a toll on your overall health if you don’t opt for fast treatment options.

Aside from that, pale nails also indicate possible signs of congestive heart failure and liver disease.

Sometimes, the appearance of the pale nails can be something as simple as the lack of proper nutrition balance in the body.

If you have been experiencing the paleness on the nails to be extremely persistent, it is better that you seek some medical advice to know the underlying cause behind yours.

Seeing a nail break down the middle is worse than heartbreak. Not only does it inflict unbearable pain, it also distorts the appearance of the nail in general.

Rough or brittle nails are often caused because of the repeated wetting followed by drying of the nails. On the other hand, the nails become extremely soft when it is exposed to heavy chemicals.

Even though they might not mean a lot about your health, it is likely that the consistent soft and brittle nails could indicate a possible nutrient deficiency, especially that of calcium.

3. Side to side lines on nails

Even though there are not a lot of information regarding the side to side on nails, studies  (R) believe that the same could be because of stress.

It is not something that you will likely come across of experience quite often and might get better as your body de-stresses gradually.

Dolichonychia is a condition in which an individual has extremely slender and longer nails. The condition is characterized when the length of the nail is more than the width of the nail.

If you find this as a common occurrence with you, the condition has been associated with Marfan’s syndrome (R). Marfan syndrome is a hereditary condition that has direct impacts on the connective tissues in the body.

The condition of dolichonychia is also associated with hypopituitarism as well.

Nail clubbing is a condition that is caused when the nails curve around the fingertips, making them look denser. The same is not something that happens overnight but can result after years.

When it comes to what do your fingernails tell you about your health, it is believed that nail clubbing is associated with poor oxygen supply in the body.

According to a study (R), the clubbing can also be a sign of hypertrophic osteoarthropathy or an early sign of AIDS in the HIV positive patient.

6. Yellowing of the fingernails

That sudden yellow tinge on your fingernail that you have been experiencing could be because of an underlying health issue that you probably didn’t even pay attention to.

Fungal infections are very common with fingernails in the feet, and if you are experiencing the same, it is time that you take things seriously.

Leaving it to heal on its own can make the nail bed retract, further causing pain and inflammation.

Aside from that, yellow nails can be a result of the nail lacquers you have been using. Not just that, the same can also be because of the smoking habits which tend to stain the nails yellow.

Onycholysis is also quite a common condition which is characterized by the detachment of the fingernail from the nail bed.

This is very common and the area of the separation of the fingernails often appears yellow or white in colour.

Even though this condition is associated with a number of systemic diseases, the researchers still do believe that the same is quite overrated.

There are a number of health conditions that are suspected if you have Onycholysis nails especially that of the Vitamin C deficiency, diabetes mellitus and even thyroid disorders, to name a few.

Experiencing a bluish tinge to the fingernails can be a very serious condition.

If you are wondering what blue fingernails tell about your health, it could indicate the lack of proper oxygen supply around the body.

Aside from that, cold temperatures can also cause the bluish appearance on the nails. So, it is better that you get the causes known first and then approach a possible conclusion.

In severe cases, blue nails can even indicate a possible lung disorder like emphysema. Experts also correlate the blue appearance on the nails with heart diseases as well.

The appearance of the straight horizontal lines from the cuticle to the tip is quite often noticed in some.

Experts and researchers suggest that the appearance of the same can depict the presence of moles or even cancerous melanomas.

If you find your nails changing colour around the lines and ridges and turning into something like deep brownish shade, it is better that you see a dermatologist for the same.

If you witness brown lines running down and into the cuticle of the finger, it is better that you get the same checked out by a professional.

Also known as koilonychias, spoon nails are quite rare in its occurrence. The nails have a spoon like appearance, mainly like the shape of a scooped out appearance.

Experts suggest that spoon nails are mainly caused because of iron deficient anemia. Additionally, the condition of hemochromatosis is yet another possible reason that could affect that condition further.

Hypothryroidism could also be a contributing factor behind this condition.

If you struggle with short, extremely bitten nails, the same is considered to be an underlying sign of Obsessive Compulsive Disorder.

It is a possible symptom but not something that can alone assert the symptoms. Aside from that, bitten nails could also be a sign of anxiousness that you might have been experiencing consistently.

Yet another one of the factors to look out for when it comes to talking about nail health are the dents and pitting appearance.

The same is believed to be a sign of psoriasis. So, in case, you are experiencing something similar, it is best suggested that you consult a dermatologist for the same.

If you have been wondering what fingernails tell about your health, these are some of the most common and possible facts. Seeking medical help for these conditions is considered smart because the underlying conditions, if left untreated, can end up making things worse than they are. Anything amiss with your health should be consulted with a doctor to avoid further worsening of the condition.

How to Get Rid of Dry Cough with Ayurvedic Medicines

Working From Home? Advice For Your Own Ergonomic Home Office 2021

8 Ways To Reduce Salt Intake Quickly For Better Well Being

Somapika D - June 15, 2020
0
If you are finding yourself in a stressful situation, chances are that many have the tendency to rely on eating unhealthy to get them...

15 Ways To Use Lemon For Dark Spots And Their Fast...

18 Easy Ways To Lose Weight Without Exercise That Will Leave...

Metallic Taste In Mouth – Know The Causes And How To...

12 Effective Ways To Stop Hating Yourself And Bring Out The...