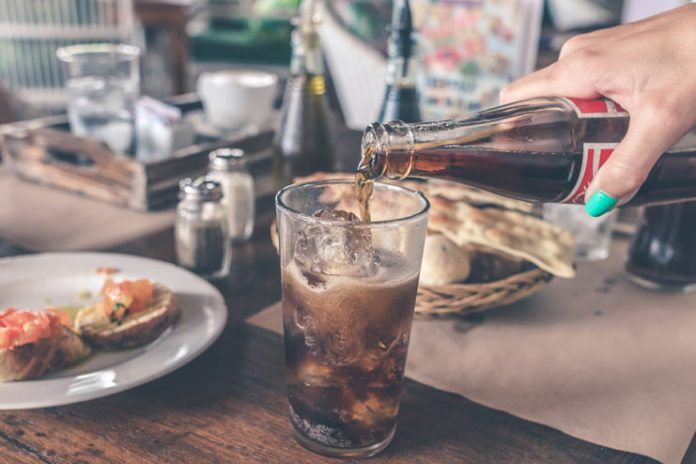 Even though sugar filled beverages are delectable, they are no good for your health, especially when it comes down to your heart health. Persistent inclusion of the same has the tendency to enhance the cardiovascular risks in an individual.

A new study (R) conducted by the researchers from the American Heart Association suggested saying that the consistent consumption of the high sugar beverages impose cardiovascular risks. The reason why that is the case is because the same alters and lowers the levels of the high density lipoprotein cholesterol and enhances the triglyceride levels, promoting the risks of stroke and cardiac blockage.

Although, the consumption of 12 ounces of fruit juices in a day didn’t contribute to the similar kind of impacts on the health of an individual. The problem arises when the frequency of the consumption is enhanced to more than once in a day.

Some of the high sugar content beverages that the Americans rely on include sodas, sports drink and even a wide range of fruit flavoured drinks.

Eduardo Sanchez, M.D., M.P.H., chief medical officer for prevention and chief of the Center for Health Metrics and Evaluation at the American Heart Association stated saying that researchers have known for quite some time the negative impacts of the sugary drinks on the body, especially when it comes to the heart health of an individual. The same also contributes to weight gain.

This specific study further helps reinforce the belief on how the sugary drinks further affect the cholesterol levels in an individual. The same is further associated with the heart disease risks. If you have been indulging in these more often than not, it is time to get rid of the habit as soon as possible.

According to the findings of the study, the researchers assert dyslipidemia as one of the possible paths by which these sugar filled drinks deteriorate one’s condition for the worse. Reports suggest that 40-50% of Americans suffer from dyslipidemia. The condition is characterized by the imbalance in the cholesterol and the triglyceride levels in the body.

For the study, the researchers analyzed data from 5,924 participants from the Offspring and Generation 3 cohorts of the Framingham Heart Study. The average duration of the study ranged from 1991 to 2014, lasting for 12.5 years.

The beverages used for the study included 12 ounces of sugary drinks like that of soda and energy drinks, 12 ounces of low calorie drinks like diet soda and such and finally, 8 ounces of 100% fruit juices that didn’t have any kind of added sugar in it.

The researchers then analyzed the impacts of these various cohorts of drinks on the cholesterol and triglyceride levels in the body of the participants over the course of 4 years.

They found that the consumption of these sugar filled beverages more than 12 ounces in a day increased the levels of triglycerides and the LDL cholesterol in the blood by 53% and 98% respectively.

Nicola McKeown, Ph.D., a nutrition epidemiologist at the Jean Mayer USDA Human Nutrition Research Center on Aging at Tufts University in Boston, who is also the lead author of the study stated saying that the elimination of these harmful sugary beverages is considered one of the best ways to cope with the issues associated with the increases levels of LDL levels and triglycerides.

McKeown further emphasised saying that even though the study didn’t find any negative impacts of the low calorie drinks on the blood lipid profile, it is likely that the same also does have negative impacts on the body along with the high sugar level drinks. Water is thus considered the healthiest and the preferred choice of drink.

The prior cross sectional study findings have been a lot similar to this which is why this study is considered as an effective reaffirmation for what the researchers have hinted on. The only limitation to this data source and study that the researchers are working on is the fact that the data has been self reported by the participants, thus questioning authenticity.

5 Home Remedies for Acne and Pimples

How to Get Rid of Pinkeye: Home Remedies for Pink Eye

HealthSpectra - March 15, 2021
0
Every one in seven person in the world is diagnosed with sleep anxiety. Sleep anxiety falls under the classification of psychosis according to National...

Switching from Coffee to Tea – 15 Benefits You Didn’t Know...

Petroleum Jelly – Everything You Need To Know

Fruits For Weight Loss: 18 Fruits That Shed Off Unwanted Fats