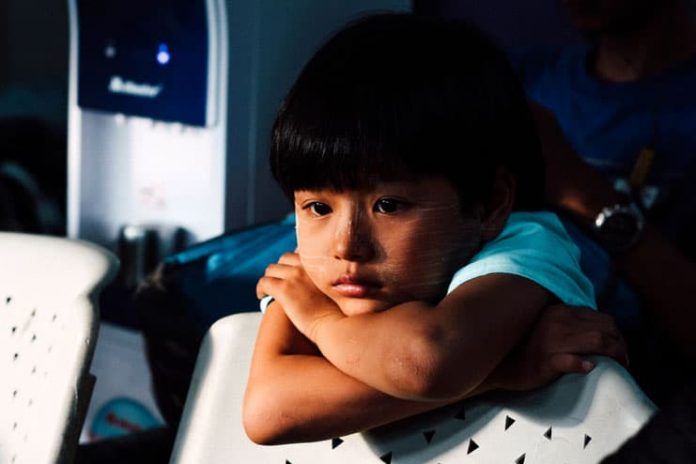 Stress is often seen in a negative light as it should always be. But, even with all the prospects of the kind of impacts it has on one’s health, it is actually surprising that some scientists believe that some form of stress could actually be a contributing factor to a longer lifespan.

A new study (R) conducted by the researchers from the University of Michigan found that some form of stress during the young life can actually help in enhancing the overall lifespan for the better. The researchers established a correlation between the impacts of oxidative stress and stress resistance which is what led to the main subject line for the study.

The researchers found that experiencing oxidative stress in the young age later helps in increasing the stress resistance later in the life.

For those who aren’t aware, oxidative stress is a condition wherein the free radicals are more in the body in comparison to the oxidants, thus causing damage to the healthy cells around. It is part of the aging that one goes through but often times can be triggered by stress, calorie restrictive diets or even exercising.

The researchers from the University of Michigan, Ursula Jakob and Daphne Bazopoulou examined a type of roundworm for this study, C. elegans. They found that the worms who were producing more oxidants during their young age and during the time of development were the ones who lived longer than the individuals who produced lesser oxidants.

Jakob, who is a professor under the molecular, cellular and developmental biology, has been wondering on the subject of the factors determining the variability in one’s lifespan. They said that they knew that one part of it had to do with genetics meaning that if your parents have a long life, you are more likely to have one as well, provided that you don’t have a very unhealthy lifestyle.

While another part was considered to be the environment, the one thing that the researchers randomly stumbled across was when they were examining the C. elegans. Addressing why they opted for the roundworms, Jakob stated saying that these short lived hermaphrodites mothers produce a number of numbers in one birth, giving birth to genetically identical offspring. The important thing that they found with this was the fact that the lifespan of the offsprings varied which wasn’t something they expected.

Addressing this finding, Jakob said that if the lifespan of an individual was just based on the genetics and environment, it is more likely that there is something else influencing the condition. They found that while some of the worms had a lifespan of 3 days, there was some which lived more than 20 days without any issues.

Both Jakob and Bazopoulou then wanted to dig deep into it and find the reason that could be causing the issue in the first place. During the study, the one thing that they did notice that the one thing that varied a lot during the lifespan of the worms was the levels of the reactive oxygen species in their bodies.

Reactive oxygen species, otherwise known as ROS, are the oxidants which are responsible for the aging process in an individual. They researchers found that the worms which produced more of the ROS during their developmental stage were the ones with a longer lifespan.

Bazopoulou said that experiencing this first kick of stress in the initial days of one’s life is what helps in managing through with the extended lifespan. For examining this, Bazopoulou sorted through the larvae of thousands of worms based on the level of oxidative stress that they have been experiencing.

Once they were segregated, they found that by doing so, it did help out a lot with finding the reason behind the extended lifespan. The researchers suggested that by removing the high ROS producing worms from the less ROS producing ones, they were able to deduce the fact that it was infact the sensitivity to oxidative stress that helped prolong the lifespan.

The researchers delved deeper into the same and found that the temporary secretion of the ROS during the phase of development impacted the histone modifier in the worm. Even though the researchers were able to point out a possible cause, the one thing that is still unknown and requires more research is to find how the same is happening.

What the researchers currently know is the fact that the same histone modifier found in the worms is also sensitive to oxidative stress in case of the mammals, so we can tout it true for the human models as well.

More research on this and how the correlation of stress and lifespan intertwines is something that the researchers still working on to find better evidence.

What Happens When You Drink Apple Cider Vinegar In The Morning Every Day?

Yawning and Everything You Possibly Need To Know About It

How To Start A Weight Loss Journey? 12 Ways To Choose...

14 Impressive Natural Home Remedies For Getting Rid of Dark Circles...

7 Effective Ways To Use Coconut Oil For Eczema For Faster...