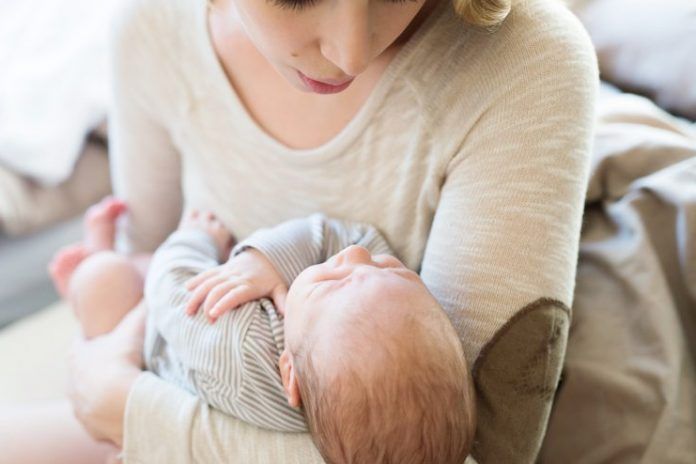 Even when we become an adult, not talking to one’s mom can make a day feel incomplete, right? Well, maternal deprivation during infancy can actually be a matter of grave concern because the same has been linked with higher risks of developing risks of mental illness later in the adulthood. Concerned? Intrigued? Surprised?

A new study (R) which was conducted in the laboratory of associate professor of psychology Christopher Lapish at the School of Science at IUPUI focuses on the connection between the maternal deprivation in the infant stages and its possible repercussions in the mental health when the baby grows into an adult.

According to this animal model study, it is believed that even the slightest bit of separation of the baby from its mother is connected to significant alterations in the future, adult function of the brain. These changes and alterations with the brain are associated with the disturbances in the brain structure and have been correlated with the higher risks of the neuropsychiatric disorders much like schizophrenia.

In this conducted study, the 9 day old rats were separated from their mothers for 24 hours to show the kind of changes they could be projected to. The time that they were separated is considered as one of the most crucial time frame for the proper development of the brain and the neural activity. In order to conduct a comparative study, they had a group that was not separated from their mother.

Following the separation, the group of separated rats underwent a brain scan to note their activities and alterations. The resulting scans significantly revealed that in comparison to the rats that were not separated from their mothers, the ones that were separated from their mother experienced not just behavioural but biological and physiological alterations as well in correlation to the brain development and subsequent abnormalities.

In order to establish the significant connection of this study with human and clinical approaches, Prof Christopher Lapish, in whose lab the study was conducted, stated that as the rat and the human brain have similar kind of connectivity and structure, it can be conveniently said that this kind of trauma could very possibly be inflicted in the minds of an infant as well.

Lapish further said that knowing the kind of changes and alteration in the rat’s brain would be a significant breakthrough in understanding how any kind of similar trauma would affect the young human brain as well. This finding and understanding of the kind of response that the brain inflicts against the separation would be helpful for the researchers to understand the alterations and come up with novel strategies to make a switch to these neurological diseases.

Another corresponding author of the study, Sarine Janetsian-Fritz, a postdoctoral fellow in neuropsychology at the Indiana University School of Medicine, stated that apart from the possible risks of developing neurological disorders, the scan results also found a few problems associated with the memory impairment as well issues with the lack of proper communication between the brain regions who were removed from their mothers. While the researchers suspect the higher risks of neuropsychiatric disorders because of this separation, the cause as well as the course of action of how it actually occurs is still a mystery to this day.

Further explaining the stance, the co-author of the study, Brian F. O’Donnell, professor of psychological and brain sciences at IU Bloomington stated that the children who have experienced maternal deprivation and have been exposed to higher levels of stress and depression in their early life are more likely to be at risks of mental illness in later stages in life.

Best Ways to Use Yogurt for Acid Reflux

Green Coffee for Weight Loss – A Proven Fact or An Overrated Myth?

12 Tried And Tested Home Remedies For Removal of White Spots...

Somapika D - May 31, 2018
0
Teeth might sometimes be one of the most neglected parts of your body but they often play a significant role in boosting your confidence?...