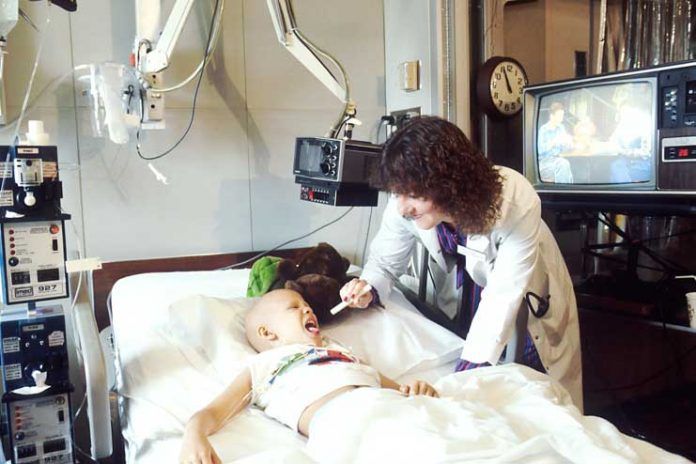 Not many realize this, but cancer is that one disease that is consistently rising with enhanced risks. While new studies and researches are being conducted every day, the scientists have still not been able to find a permanent cure for the condition. A new study suggests that lactate molecule could be a biological marker behind the condition of cancer formation.

A new study conducted by the researchers from the University of Colorado Anschutz Medical Campus have found that lactate, which is a byproduct of glucose can contribute to further conversion of a mutated cell into a cancerous one.

With the new finding, the primary aim of the researchers is to focus on finding alternative ways to tackle the issue and come up with better therapeutic approach to combat the risks.

Iñigo San Millán, assistant professor of medicine at the University Of Colorado School Of Medicine and the University of Colorado Springs, who is also a senior author in the study suggested saying that they found for a fact that lactate triggers the mechanism of transformation of the mutated cells into the cancerous ones.

Understanding this provides with a better outreach in getting a better look into the prospects of understanding the process of cancer formation at a primary metabolic level. They also believe that with this finding they can also target lactate to minimize the further risks.

For those wondering, getting rid of lactate completely from the body isn’t a favourable option because it provides energy to the cell, especially the mitochondria.

The preliminary finding around this subjected was postulated by Nobel Laureate Otto Warburg with his “Warburg Effect” wherein he found that the discovery of the cancer cells in the body were characterized by not just how quickly one consumed the glucose but also with the salient increase in the levels of lactate production in the body.

While the Warburg effect does explain the theory, it fails to explain how the same happens. It was later in 2017 that San Millán and George Brooks published a study further explaining the meaning and the process of cancer formation through lactate, as mentioned under the Warburg effect.

Professor San Millán who holds his specialty in metabolism went along to further demonstrate the hypothesis even better. He and his colleagues made use of the breast cancer cells for the demonstration.

The researchers exposed the breast cancer cells to glucose which then they found transformed the same into lactate. The formed lactate later was responsible for expressing the levels of the mutated genes in the cells by 150-800% which is absolutely mad and crazy.

It is a known fact that not all mutated genes in the body are responsible for the risks of cancer. There are certain triggers that cause the issue. The researcher emphasised on the fact that the trigger is lactate itself.

With these findings, San Millán and his other colleagues are working on finding whether the same kind of effects is prevalent with the other cancerous cells or not.

Addressing the impacts, San Millán further said that lactate, which was once often considered as a waste product is being found to have necessary impacts on the signaling process as well as the gene regulation for the cancer cells.

The researchers are still not aware as to why or how the same happens but they are consistently working to find reasons and theorize the exact mechanism that could be contributing to the said condition.

Studies have found that exercise does have positive impacts in helping reduce the risks of a few cancers and even help with the condition therapeutically.

For finding better treatment approached, San Millán and his colleagues are working to find better ways. He said that in order for the lactate to leave the cell, it needs a transporter. The researchers are working on blocking the said transporter and even put a stop to the lactate production inside the cancerous cells, further limiting the spreading of the same.

But, the roadblock with this theory and Millán and his colleagues are facing is the fact that blocking lactate in human cells has ghastly impacts when done with synthetic drugs. This is the reason why the researchers need to find more targeted treatments for the condition.

Additionally, the researchers also realized that the lactate is the key factor that also prevents or shields the cancerous cells from being attacked by the body’s immune system. Millán believes that if they can target and block lactate in the body, they can easily find a better mode of treatment for cancer in the near future.

12 Benefits Of Epsom Salt Bath You Didn’t Know About

18 Signs Your Relationship Is Hurting Your Mental Health – Know The Red Flags!

Prajakt - August 10, 2017
0
Estrogen is a female sex hormone which is essential in initiating sexual development. Estrogen is female is what testosterone in men. However, both the...

26 Simple Ways to Get Rid Of Cystic Acne

23 Hacks to Get Rid of Skin Blemishes – All Natural...