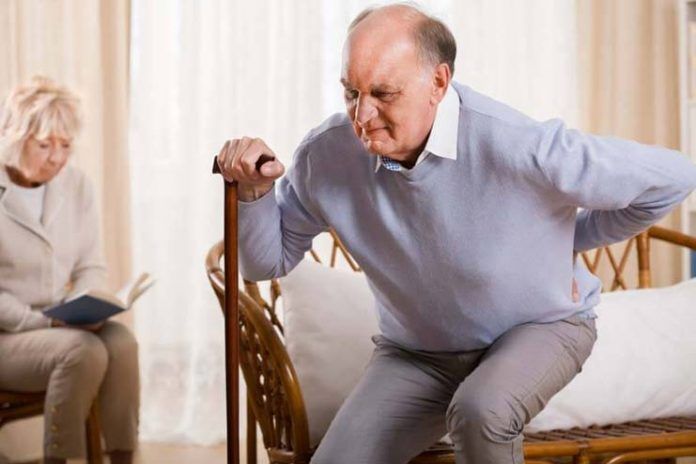 Health emergencies such as hemorrhoids are highly painful and make you uncomfortable. The internal, as well as external types of hemorrhoids, may cause various problems which are usually experienced after the age of 50. We have provided you some of the important tips on how to get rid of hemorrhoids, which is also known as piles, through some effective techniques as well as with some home remedies. 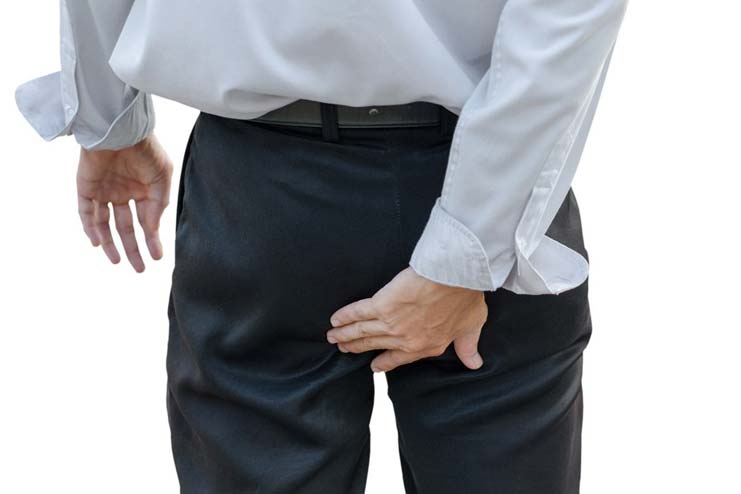 Hemorrhoids are the condition of swelling on your veins around your anus which is located in the lower rectum. Hemorrhoids are of two types, external and internal. External hemorrhoids are considered as most common and cause major health problem such as hemorrhoid pain. You will have to act accordingly to get hemorrhoid relief. You can have problems such as itching, pain as well as difficulties in sitting if you are suffering from hemorrhoids.

What Are The Causes And Symptoms Of Hemorrhoids?

Hemorrhoids show some symptoms which you should not ignore. These symptoms should be diagnosed and treated as early as possible to counter further problems. Some of the major causes of hemorrhoids are as follows.

Although the experts are not sure about the main causes of hemorrhoids, some of the factors include

Although the condition of hemorrhoids is not considered as fatal and the pain caused by it may get resolved in few days without treatment, it can make your life uncomfortable through severe itching as well as various difficulties. In severe conditions, people may suffer from anemia, due to blood loss and may show symptoms such as pale skin as well as weakness. 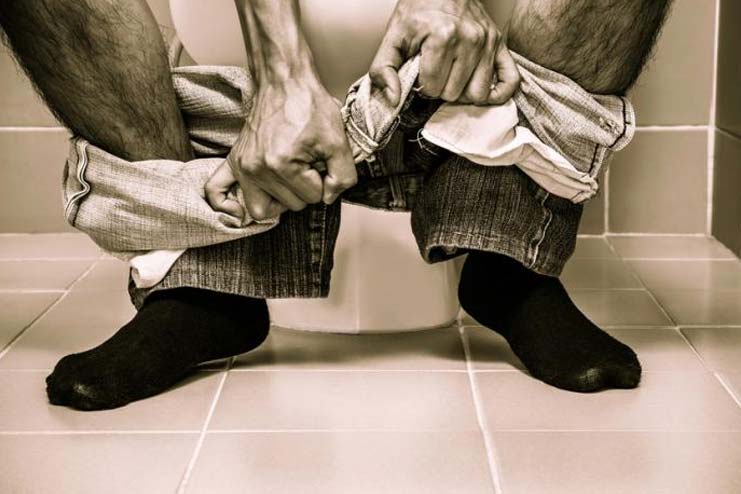 If you are wondering about what do hemorrhoids feel like, you should read on to get better information. According to the experts, the grading of hemorrhoids is done in four stages. This categorization is as follows.

Hemorrhoids in this grade do bleed but do not spread or multiply. Although they are a bit large, they do not get out of the anus.

Hemorrhoids, which can spread outside the anus with or without bleeding are classified into this stage. This type of hemorrhoids may also come out of the anus and return in the body during bowel movements.

Hemorrhoids in this stage get spread outside the body but need to push inside with the help of a finger.

These hemorrhoids are not only spread outside the anus but also cannot be pushed back inside the body. These hemorrhoids may also contain blood clots and causes pulling of a lining of the rectum through the anus.

Hemorrhoids are looked like a lump in the anus or rectum which can cause severe pain as well as itching. 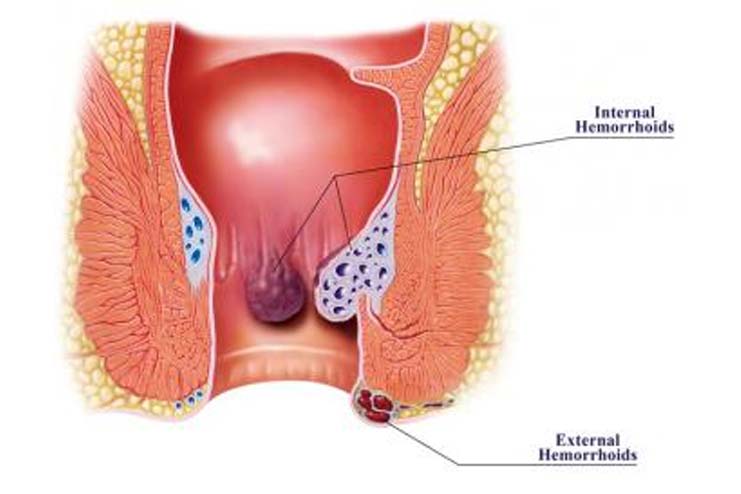 Internal hemorrhoids are developed in the rectum and are not felt till they are enlarged. These hemorrhoids do not cause any pain, usually. However, they may cause bleeding with the bowel movement.

These hemorrhoids may spread outside the anus and can be felt like a lump of skin slightly different in color than the surrounding area. These hemorrhoids may also cause pain due to the presence of pain-sensing nerves in the anus. They return into the rectum on their own normally. You need to push them back with the help of finger, however.

Internal hemorrhoid cause due to the presence of stool, inflammation as well as constant moisture in or around the affected area.

Symptoms of internal hemorrhoid may show due to the pain while passing the stool, especially hard stool linked to constipation. This may also cause bleeding as well as severe pain.

This can also be joined with itching while bowel movements and urge to pass the stool always.

Although it can be pushed back into the rectum with the help of a finger, it may get prolapse again with next bowel movement.

These hemorrhoids are formed underneath the skin around the anus and slightly lower than internal hemorrhoids. These hemorrhoids can be easily felt when they swell. This can cause itching, pain as well as bleeding while releasing stool.

You can even see or feel external hemorrhoid while passing stool if it is prolapsed.

Sometimes the situation may become severe and can form blood clots which are known as thrombosis. Thrombosed hemorrhoid lump can bleed. Although this condition is not considered highly serious, this can cause severe pain and can get resolved after few days.

Your doctor may suggest the removal of a blood clot from the thrombosed hemorrhoid, which may help in getting relief from the pain.

It may also leave a tag of skin from the anus. This tag can cause severe pain while cleaning and also cause irritation in the anus.

How to Get Rid of Internal And External Hemorrhoids Fast? 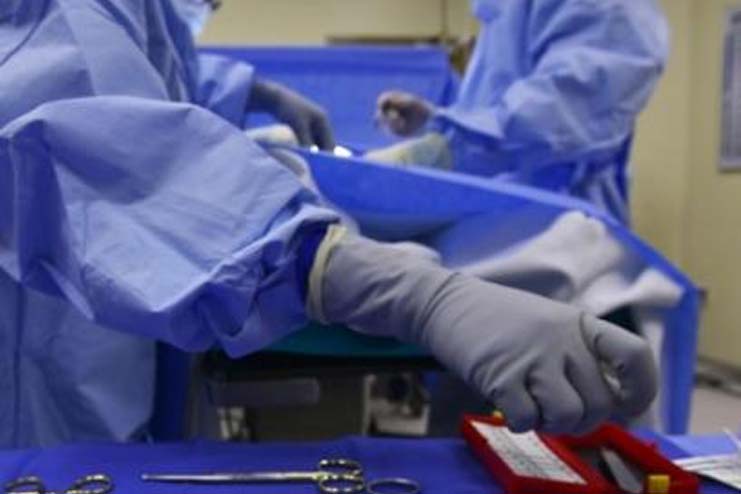 Apart from using various chemical ointments, over-the-counter painkillers, creams to get relief from burning as well as itching, you can also opt for natural treatments to cure external hemorrhoids.

You can soak yourself in warm water for the short period of at least 10 minutes. Also, place yourself on a warm water bottle to get rid of external hemorrhoids.

Painkillers such as ibuprofen, aspirin as well as acetaminophen can also be consumed for pain relief.

Constipation may also a cause of hemorrhoids. To soften the stool linked to constipation, consume the supplements of fiber. There are various types of fiber supplements available in the market in tablet or powder form.

Trying chemical remedies for hemorrhoids may solve the problem of hemorrhoids. But it can also cause various side effects, too. To overcome this, you can try various home remedies to treat the condition of hemorrhoids.

Keep a proper hygiene by cleaning your anus with the help of warm water during a shower or taking a bath every day. However, avoid the use of soap as it can worsen the situation even more. Also, don’t use rough and dry toilet papers for wiping after your bowel movements.

Hemorrhoid swelling can be reduced by using a cold compress on the affected area.

Following medical treatments such as rubber band ligation may be highly helpful if you are not getting any relief from home remedies. Your doctor may cut the blood circulation to hemorrhoids by placing a rubber band around it, which results into the shrinking of hemorrhoids lumps. Avoid trying this at home and use expert advice.

Your doctor may also suggest injection therapy through which he will inject chemicals into the lumps directly which helps in reducing the size of lumps.

How to Prevent Hemorrhoids? 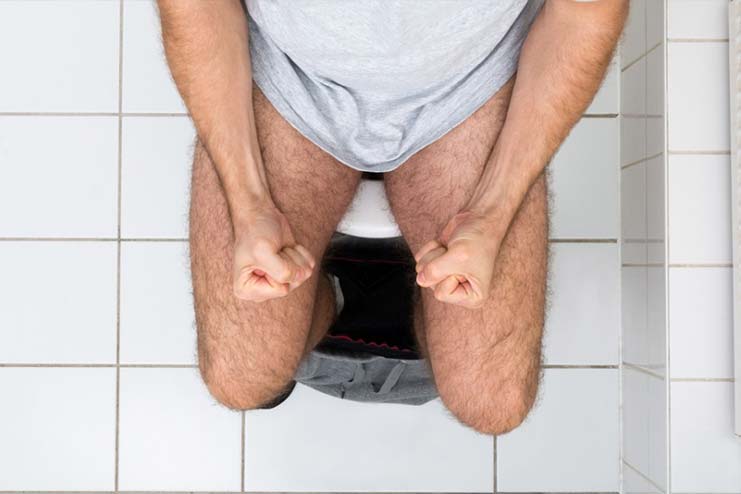 Following the tips given below may help you in preventing the situation of hemorrhoids development.

Some of the major fiber-rich foods are,

It is important to follow a proper treatment while getting rid of hemorrhoids. It is equally important to get the help of your doctor as soon as possible if you are suffering from hemorrhoids. Your doctor may suggest appropriate treatments according to your problem as well as overall health.

Why Does My Belly Button Smell Very Bad

How to Get Rid of Jock Itch: 16 Home Remedies for Jock Itch

Somapika D - January 22, 2019
0
It is not uncommon for you to recognize and distinguish your own touch with that from others. But, have you ever wondered...

Do You Know These Dry Fruits Benefits

Usage And Benefits Of Barley Tea

15 Ways To Overcome Social Anxiety – Fight Your Way Through!