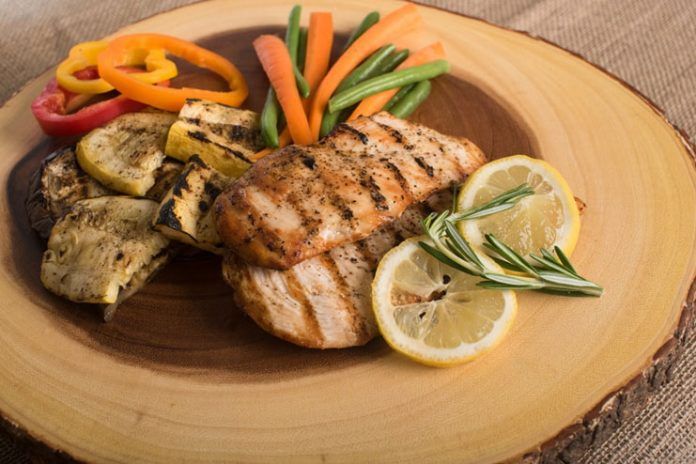 Eating the high protein diets have often been considered good enough if you are looking to lose weight. But, some recent studies do suggest that consuming high protein diets could also enhance the risks of plaque deposition in the arteries.

A new study (R) conducted by the researchers from the Washington University School of Medicine suggests saying that while it is true that the consumption of high protein diet has positive benefits in weight loss and building muscles, the same comes with some downsides too.

It has been found that the consumption of high protein diets impact the deposition of more plaque in the arteries. They also cause the formation of the unstable plaque which has the worst impacts in enhancing the risks of rupturing of the arteries.

The constant deposition of plaque in the arteries has also been associated with the heightened risks of heart attack as well.

Babak Razani, MD, PhD, an associate professor of medicine, who is also the senior author of the study suggested saying that the primary reason why the high protein diets have gained such rapid popularity is because of the kind of benefits they have in weight loss.

But, there have been a number of animal as well as epidemiological studies conducted which have clearly correlated the consumption of high protein diets with that of the heightened risks of cardiovascular issues. With the prior studies in place, the researchers did want to delve into the possible prospects to establish a link as to why the same happens in the first place.

For comparison, a group of mice were fed with just a high fat and low protein diet.

Razani stated saying that people in their day to day lives tend to add a few scoops of protein powder to their smoothies and shakes which does equivalent to around 40 grams of protein. That is enough for the daily dietary intake. To keep an eye out on whether or not the protein had any negative impacts on the heightened risks on the cardiovascular health, the researchers fed the mice with 3x the protein than the normal.

With the protein amount increased by 3x, the researchers ensured to keep the fat amount the same. The proteins given to the mice made up for 46% of the daily calorie intake for them.

The mice which were given the later diet was found to have 30% heightened risks of atherosclerosis in comparison to the mice which ate a high fat but low protein diet.

Addressing the results, Razani said that this isn’t the very first study that is being conducted that suggests the risks of the high protein diet on the cardiovascular health but does provide with better detailing into things.

The study’s main objective is to successfully highlight the reason why or rather, how the dietary protein further leads to the development of unstable plaques in the blood stream, further heightening the risks of a heart attack.

For those who aren’t aware, a plaque is composed of cholesterol, fats and calcium deposits which tend to block the blood flow through the arteries, increasing the blood pressure in the body and causing several cardiovascular risks. It is the macrophages that eat up the plaque, further preventing the risks.

Razani said that when it came around to the high protein diets that the mice consumed, the same made the plaques as a macrophage graveyard, making it difficult for them to eat away at the same. The area around was composed of many dead cells which is what ends up causing the risks to be higher than normal.

When there is a normal blood flow around the plaque, the same causes heightened pressure and stress on the arteries, causing the heart attack that one experiences.

For better understanding of how the dietary protein is contributing to the plaque formation, the researchers looked into the path of digestion that the proteins follow after ingestion. They found that the proteins do get broken down into their simplest form which is the amino acids.

But, since a high protein diet breaks down in more amino acids, the excess was found to activate a protein in the macrophages, known as the mTOR which promotes the growth of the cell instead of the destruction.

The constant signals from the mTOR were then found to end up shutting down the cell’s ability to get rid of the toxic deposition around the plaque. This then constantly set off a chain of events which made the macrophage to die.

The role of leucine and arginine were found to be more potent in the destruction in comparison to the others. The high consumption of red meat as well as fish was found to be the primary reason behind the worsening condition. One of the most common reasons behind the plaque instability is the consistent cell death which is what was seen with the macrophages in this case.

This lays the groundwork on why it is important that one practices safety when consuming high protein diets because they do come along with their share of risks that can end up impacting the cardiovascular health in the long run.

Everything You Need to Know About Snake Eye Piercing

Ashok - January 2, 2016
0
Now-a-days love affairs is not a horrible word as it was in 60’s. Most teenagers used to have a relationship before marriage. Even live-in...