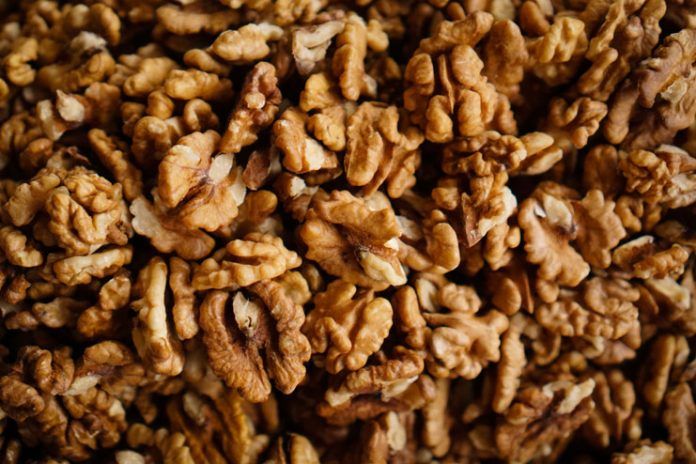 Given that we have a very hectic and unhealthy lifestyle in our day to day lives now; it isn’t surprising that the risks of heart diseases and even the issues with gut health have been on a constant rise. But, what if we said that walnuts could help restore your health?

A new study (R) conducted by the researchers from the Penn State found the consumption of walnuts on a daily basis helps in the heightened production of a number of bacteria which have positive impacts on one’s health. These same bacteria have been found to have positive benefits in improving the heart health as well.

Kristina Petersen, assistant research professor at Penn State, stated saying that replacing any form of unhealthy snacks that you consume on a daily basis with walnuts can help improve your overall diet. There have been persistent and substantial evidences from studies that have found that making small and gradual improvements to your diet can in turn improve your health as well.

According to the study, it suggests that eating 2-3 walnuts in a day can help in improving the overall gut health and the heart health of an individual as well.

There have been prior studies conducted which have found that combining almonds with that of a diet with low saturated fatty acids have proven benefits in helping improve the overall heart health. It also suggested saying that eating walnuts reduces the cholesterol levels and improve blood pressure as well.

As per the reports from the researchers, it is suggested that the positive changes to the GI tract or the overall gut health of an individual has positive benefits from the consumption of walnuts over an extended time period.

Penny Kris-Etherton, distinguished professor of nutrition at Penn State, who is also part of the study, suggested saying that there are a number of ongoing researches that are being conducted to find more on gut health and how the same can be regulated for the better.

In order to find how the gut health impacts the overall health, the researchers wanted to look beyond the prospects of the lips and lipoproteins. Their main objective was to check whether the changes to the gut health with the consumption of walnuts had any kind of direct impacts on the heart health or not.

The study was conducted with 42 participants between the age of 30 to 65 who are either overweight or obese. Before the start of the study, the researchers put the subjects on a standard American diet for two weeks straight.

In all the three introduced diets, the unhealthy saturated fats were replaced by either the walnut or the vegetable oils. These diets were then followed by the participants for 6 weeks straight with a break in between the diet period.

For the analysis of the bacterial growth and presence in the GI tract, the researchers collected the fecal sample 72 hours before the completion of the run in diet along with each of the three study diet that was given to them.

Analyzing the final results, Petersen suggested saying that the diet which consisted of the walnut imposes beneficial culture of the good bacteria in the gut that have been found to have beneficial impacts on the health in prior studies.

Following that, the researchers also found that the Eubacterium eligens had positive benefits on regulating the blood pressure and even reduced the risk factors that are associated with the said condition as well.

The presence of Lachnospiraceae was also found to help with the reduction of the heightened blood pressure along with that of the cholesterol levels, thus promoting the overall heart health.

Regina Lamendella, associate professor of biology at Juniata College, who did look over the study, said that the study is enough of an example that we can do things that can positively impact our gut health and overall well being.

Walnuts have proven benefits in providing your body with the much needed substrates including fatty acids, fiber, and even the necessary bioactive components. This has been found to further help in promoting better generation of the metabolites in the body that can boost the overall health as well.

Further Understanding Of Irregular Heartbeat To Pave Way For Treatments

How To Get Rid of A Sinus Infection Fast At Home?

Everything About Oolong Tea Benefits

15 Ways For Coping With Short Term Memory Loss – Get...

12 Best Recumbent Exercise Bike – Know Which One You Need!

How To Gain Weight With Diabetes? 15 Effective Ways And Foods...