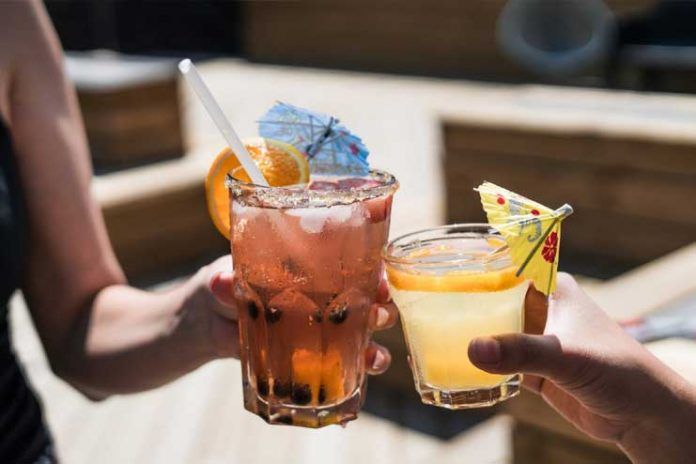 We all love to indulge in some extremely sweet sugar drinks every once in a while, don’t we? If that is something that you are addicted to, now is the time to make changes to those habits. Sweetened drinks have been found to have impacts in the induction of cancer, if the reports from the new study are to be considered.

A new study (R) conducted by the researchers from France was recently published in the British Medical Journal suggesting that the reduced consumption of the sugar drinks have been found to have beneficial impacts in reducing the risks of cancer in the individuals.

Further cautious interpretations are required in this case but it has been found that the same does have beneficial impacts in the associations between the two subjects that we have most definitely mentioned above. Not just the consumption but even the taxation as well as the marketing restrictions can further help reduce the risks associated with the cancers.

If the statistics are to be believed, it has been stated that the heightened consumption of sugary drinks has been associated with the condition of obesity in the last few decades itself. Obesity itself is one of the most important markers when it comes to the risks associated with cancer. But, the only problem with all this was the fact that the research of the sugary drinks with the obesity and cancer was very limited.

This was what drove a group of researchers to establish a solid association between the sweet beverages like coke, sweetened fruit juices to find their connection with the overall types of cancers, especially breast, prostate as well as colorectal cancers.

To conduct the study, the researchers accumulated a group of 101,257 French individuals out of which 21% were men and the rest 79% were women. The cohort study did include 42 years as an average in this as a whole.

The participants were presented with two 24 hour online validated diet questionnaires which were specifically made to be able to gauge the intake of 3300 varying kinds of food as well as beverage items. They were then followed up for an extended time period of 9 years from 2009-2018.

The daily consumption of sugary drinks along with the artificially sweetened beverages were then calculated. Several of the participants then reported the first cases of cancer induction which were later validated using medical findings and reports.

The researchers did consider a number of risk factors associated with the condition of the induction of cancer like that of the age, sex, family history, smoking levels, and even the amount of physical activity that one does indulge in.

It was also found that the average daily consumption of the sugary drinks was found to be more in the men in comparison to the women which was 90.3 ml vs. 74.6 ml. When the follow up was done with the participants, it was found that 2193 cases of cancer were reported and validated as well, out of which, 693 cases were of breast cancer, 291 cases of prostate cancer and 166 cases of colorectal cancers.

The results further do indicate that the rise in the consumption of the sugary drinks by 100 ml increased the risks of cancer by 18% and 22% risks of breast cancer. Irrespective of the fact whether it is sweetened fruit juices or even the unnecessary carbonated beverages, the risks of cancer were still the same.

In contrast to these findings, the researchers also did find that there was no relevant correlation of the consumption of the artificially sweetened diet beverages with that of cancer. The authors still warn to have a better perspective into the finding because even they aren’t yet assured of the consequences altogether.

Apart from the high levels of sugar, there are a number of other chemical compounds and additives in the soda which has been found to have salient impacts on the overall well being of an individual, thus enhancing the risks associated with cancer and the relevant.

This is considered to be an observational study which is why the authors aren’t able to detect the cause behind the condition of the induction of cancer because of the sugary drinks. The fact that the study was conducted with such a vast number of participants is what is believed to be the primary factor involved in the validation of the finding with this specific study altogether.

12 Home Remedies For Hay Fever – Get Them Sneezes Out

What are the Differences between Cold and Flu

Sumana Maheswari - December 28, 2017
0
Do you know that the shapes of your fingers can speak a lot about your personality? This may seem stupid or silly, but definitely...

Ways to Build Your Cardio Regime

How to Get Rid of Wavy Tongue

Exercise to get relief from joint pain

Can Skipping Increase Height After 18? #Skipping