HealthSpectra
Home News Prenatal Testosterone To Be A Degrading Factor For The Female Twin, New... 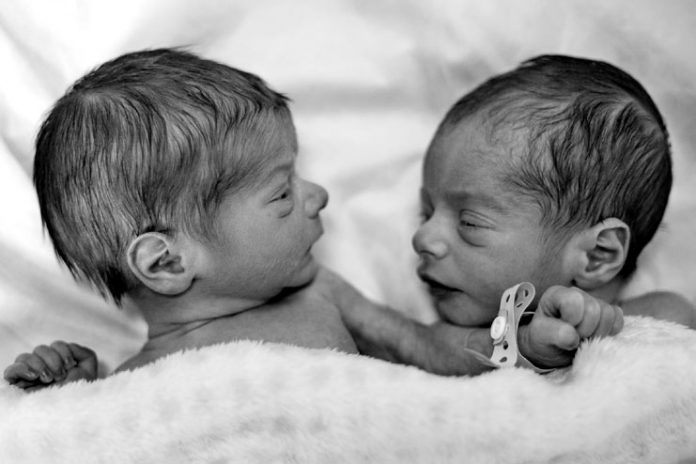 Twins are always a blessing, isn’t it? And while it is definitely nice to have a boy and a girl, the implications of the prenatal testosterone is definitely not the best for the girl. A new study has found that the impacts of the same can be daunting for the girl child at a later stage in their life.

A new study (R) conducted by the scientists and researchers from the Northwestern University found that women who shared their mother’s womb with their male twin brother are likely to face a number of complications throughout their life because of the impacts of the prenatal testosterone.

These girls are less likely to graduate, and even earn a lot lesser in comparison during their 30s and can even have a lower fertility rate along with lesser possibilities of marriage in comparison to the two female twins.

The conducted study is one of the biggest and the most rigorous ones performed under the collaboration with the researchers from the Northwestern University and Norwegian School of Economics. The researchers examined the collected data from every twin births in Norway spanning over 12 years.

Upon running the analyses, the researchers did find that the females who have been exposed in utero with a male twin are believed to experience adverse impacts in their education as well as an affected and altered impact on their marriage and fertility as well.

Krzysztof Karbownik, an economist and research associate at Northwestern University’s Institute for Policy Research (IPR), who is also the corresponding author of the study stated that this is the first time that a study has clarified the problems a male twin impacts their female twin with.

The study is based around the “twin testosterone-transfer hypothesis” which suggests that the female twin in the female-male twin pair are exposed to more prenatal testosterone in comparison to their twin brother. Unlike the girls, the researchers did find that the male twin wasn’t necessarily exposed to any kind of alterations throughout their life.

David Figlio, Dean of Northwestern’s School of Education and Social Policy and IPR fellow, who are also the co-author of the study, did find that all of these issues aren’t necessarily stating that the female twin is more “male like”. That is not necessarily the case. Their findings clearly suggest the impacts in the upcoming life of the female twin in terms of their education, labor market as well as their fertility.

During the development of the fetus, the production of the steroids by the ovaries and testes, predominantly testosterone is what helps deduce the biological changes in between the males and the females. Prior studies have clarified the impacts of the opposite sex hormone in the behavioural changes in the offsprings.

In order to make distinguishable difference between the impacts of prenatal testosterone along with postnatal socialization, the researchers solely focused on the female twins whose twin brother or sister died post birth and hence, has been brought up as a singleton. The results even in such case remained the same which insinuated the fact that the impacts are because of the prenatal causes and not post natal.

The rate of twinning has gone up by a lot since the year of 1980s mainly because of the later conceiving and also because of process of in-vitro fertilization. The researchers have clearly clarified the situation to be take seriously and to have a clarified knowledge before jumping into handling the scenario altogether.

The impacts of the prenatal testosterone exposure have also been found to have impacts on not just the behavioural changes but also on the societal norms surrounding the gender change altogether.

Christopher Kuzawa, professor of anthropology and an IPR fellow, who is also the co-author of the study clarified the fact that the findings of their study does imply solely to the Norwegian province and that too during that specific timeframe that the study was conducted in. There could very well be changes and different implications now which might not have been prevalent before.

Kuzawa further suggested that the study primarily focuses on the fact that there are noticeable difference altogether in the twin sister in comparison to the brother. Now, if they are take as something positive or not is something that completely depends on the cultural dependency.

These difference and impacts are mean difference and not something that will affect the people in the safe way and there could also be instances in which the female twin isn’t affected at all. The impacts of the prenatal testosterone do vary from individual pregnancies and the situation surrounding the same.

Infertility is the inability to get pregnant. It i

Have you had your little drop of hope yet today? T

Trichomonas infection or trichomoniasis is one of

Tips to keep your lungs in tip top shape with flu