HealthSpectra
Home News People Gain Weight As They Get Older, Here’s Why 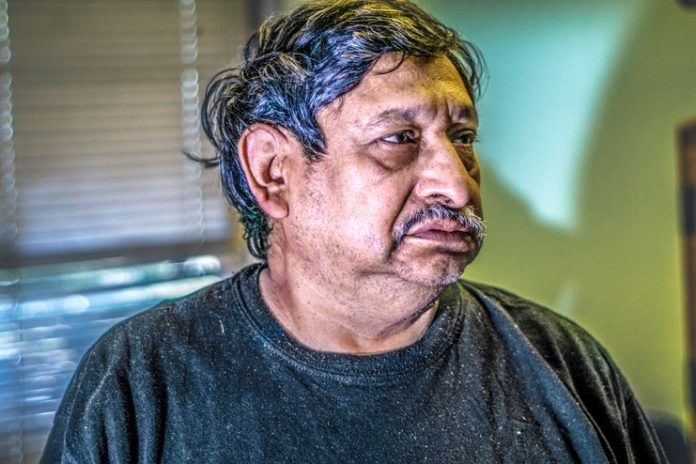 You will tend to notice that as you grow older, your body starts gaining weight even though you have been doing everything in your power to stop that. It is very important to understand the repercussions that cause it. It is not likely that every old person will gain weight but it is evident in majority of them and a study confirmed why this happens.

A new study (R) conducted by the researchers from the Karolinska Institutet has revealed the reason as to why people tend to gain weight as they grow older. If you were wondering about the reasons, this study could be the perfect answer behind the same. The lipid turnover in the fat tissue tends to gradually slow down and decrease during aging. This is the primary factors that make an individual consistently gain weight. The results from the same are irrespective of whether one eats more or exercise less.

The findings of the study have been published in the medical journal Nature Medicine.

For conducting the study, the scientists analysed the fat cells in around 54 men and women spaced across the time period of 13 years. During that time frame, the subjects, irrespective of whether they gained or lost weight were found to show a decreased rate in the lipid turnover in the fat tissue. For those aren’t aware, this is a process by which the lipids in the individual fat cells are removed or even stored.

The people who didn’t compensate for the slag in the functions of the fat cells with consumption of fewer calories were found to gain weight by over 20%. The study was done with collaborative efforts from the researchers from the Uppsala University in Sweden and University of Lyon in France.

In addition to that, the researchers also analysed the lipid turnover in 41 women that underwent the bariatric surgery to get rid of their excess fat in the body. Following that, they also focused on finding how the lipid turnover rate was associated with the maintenance of the weight following 4-7 years after the surgery was conducted.

Peter Arner, professor at the Department of Medicine in Huddinge at Karolinska Institutet who is also one of the lead authors of the study suggested saying that the changes in the process of fat metabolism and the fat cells in the body undergo consistent changes and regulation because of aging happens irrespective of the external factors that are involved around.

The findings of the study could most definitely come in handy when it comes round to the ways to treat the condition of obesity in the individuals.

Prior studies surrounding the same subject of how the lipid turnover rate can be changed are with more exercise. The new study also does follow through with the findings of the studies conducted before. It does highlight the fact that more physical activity is important following a weight loss surgery if they want to maintain their weight loss.

Kirsty Spalding, senior researcher at the Department of Cell and Molecular Biology at Karolinska Institutet who is also one of the lead authors of the study highlighted saying the kind of problems obesity and the obesity related diseases are bring along with it. Understanding the lipid dynamics and how everything works around it is one of the best ways to pose better treatment options to the affected people.

The finding of the study can prove fruitful in understanding the dynamics behind why people gain weight and how weight maintenance can be streamlined with essential approached in handling calorie consumption.

What Happens If You Don’t Brush Your Tongue? 7 Grave Side...

Somapika D - September 16, 2020
0
How often do you brush your tongue when you are brushing your teeth? If the answer is none or rare, chances are that you...

8 Benefits of Hot Stone Massage Therapy & Everything One should...

Improper Diet Can Cause Blindness According To A Case Study

10 Stretches To Do Before Bed For Peaceful Sleep