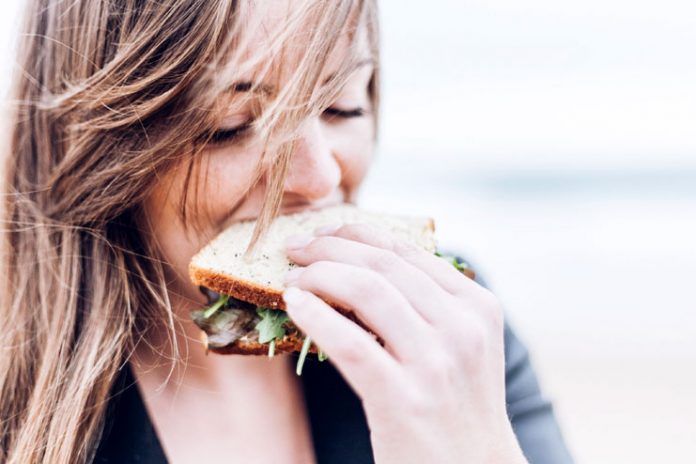 If you have a tendency to overeat, chances are that the same will end up affecting your overall well being in the long haul. Food impulsivity is a very common phenomenon, especially with the junk food available around. To cope with the same, studies and new findings have paved through for better understanding of the subject.

A new study (R) conducted by the researchers from the University of Georgia has found the link between the brain circuits with the food impulsivity. The researchers were successful in pointing out the shortcomings and the same is expected to help pave way for finding better treatments for the condition of overeating that many struggle with.

Even though you are on a diet, there are chances that the smell of the popcorn wafting through the lobby of the movie theatre will end up making you want to eat some. So, where do you think this sudden food impulsivity comes from?

For those who aren’t aware, impulsivity is the kind of response one showcases without thinking about the possible consequences from the process. This kind of behaviour has often been associated with overeating, binge eating, unprecedented weight gain and obesity. The same has also been linked with a number of psychiatric disorders as well.

In order to find better understanding of the situation, the researchers along with a faculty member from the University of Georgia have successfully identified a specific circuit in the brain that has direct impacts on food impulsivity with hopes that the scientists will be able to find better modes of treatment for the conditions related to overeating and other disorders.

Emily Noble, an assistant professor in the UGA College of Family and Consumer Sciences, who is also the lead author of the study stated saying that there is an underlying physiology specifically in your brain that regulates the possible capacity of you saying no instead of being impulsive about the decision. In the experimental models, it is possible that you can easily activate the circuitry and get better responses from the same.

For this study, the group of researchers emphasised on a rat model and put special focus on a subset of cells in the brain that are responsible for the production of a specific transmitter in the hypothalamus which is known as the melanin concentrating hormone (MCH).

Prior studies with this model has found that elevation in the MCH levels in the brain and blood stream does have direct impacts in increasing the tenacity to consume more food. This although is the first study that showcases the fact that the increased food intake is proportional to the prospects of the higher levels of MCH in the body.

Apart from that, the researchers also did find for a fact that activating the cells that produce MCH in the brain can further lead to increasing an impulsive behaviour in the body. The higher activate rate of the MCH cells in the brain resulted in more impulsiveness amidst the animals.

In order to test out this impulsivity in the rats, the researchers trained them to press on the pedal to get hold of the delicious, high fat and high sugar pellet. The catch with this was the fact that the rats had to wait for 20 seconds to get their reward after the lever press. If the rat pressed on the lever too soon, chances are that they would have to wait another 20 seconds for the food.

Following that, the researchers also emphasised on creating a specialized MCH neural pathway from the hypothalamus to the hippocampus. This is the part of the brain which is associated with the learning and memory functions.

The observations in the end found that the MCH wasn’t responsible how much the animals liked their food or how hard they were willing to work for the said food. The circuit in the brain was found to impact the animal’s inhibitory control and the kind of ability that they possess to stop themselves from overeating.

The researchers found that activating this specific pathway of the MCH neurons is what contributed to the impulsive behaviour that one experiences without affecting the normal eating for the much needed caloric intake throughout the day.

Understanding this specific circuit in the brain and how it affected the food impulsivity is what the researchers think would prove beneficial for better development of the therapeutics related to overeating and associated eating disorders.

Teens Who Don’t Date Are Less Likely To Be Depressed, New Study Suggests

Covid-19 – A Dreadful Contagion or an Environmental Saviour?

Somapika D - July 23, 2018
0
Do you always find yourself dozing off at the oddest times? Are the overwhelming stress at work and the impending hyperactivity at home making...