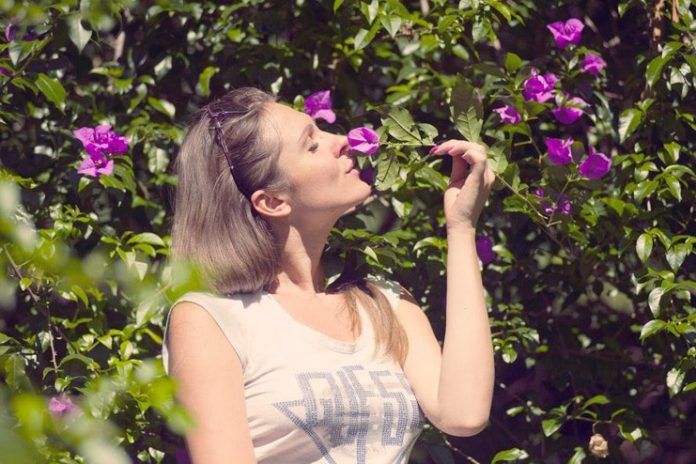 We smell a lot of things every single day, some good and some bad. But, has it ever struck your mind how or what kind of mechanism is involved behind the same? Not really, right? Researchers have pinpointed the genomic mechanism that makes you distinguish the various kinds of scents around.

A new study (R) conducted by the researchers from The Zuckerman Institute at Columbia University have pinpointed out the important genomic mechanism which predominantly is responsible for helping you have the sense of scents and distinguish one from the other.

The human nose has the capability of distinguishing over 1 trillion smells and scents which is pretty extraordinary in itself. This extensive process does require over 10 million specialized nerve cells in the nose along with more than 400 dedicated genes associated solely with the process. The thing that has till date confused the scientists is the mechanism behind the process.

This new Columbia study is what has provided with recent evidences regarding the process stating that the genome is what rearranges itself in a three-dimensional space and is also responsible for regulation of the associated genes in each of the neurons. This is what creates the biological diversity that helps us detect the various kinds of smell altogether.

Stavros Lomvardas, PhD, a principal investigator at Columbia’s Mortimer B. Zuckerman Mind Brain Behavior Institute, who is also the senior author of the paper stating that they have established a study pinpointing a genomic mechanism in which a finite number of genes would be successfully able to distinguish near infinite number of scents in the nature.

The sense of olfaction is possibly one of the most complex ones that the human body encounters. The receptors located in our nose are not just responsible for identify the scent, but also measure the intensity of the same. The stages don’t stop there. It also further needs to relate the same with the memory and gauge whether the smell is pleasant or toxic.

If you are wondering how the same is done, the olfactory neurons are the ones responsible for the entire process altogether. Each of the olfactory neuron contains over 400 genes out of which only one is active per neuron. In simpler words, the active gene in every neuron is selected at random for each of the neurons.

This unusual genomic mechanism of is what often did attract the attention of the scientists and researchers from all across. The process of how the receptor neuron works around to activate just one gene per neuron was fascinating and intriguing all at the same time.

Traditionally, it was thought that the genes residing on the different chromosomes didn’t necessarily interact with one another. In order to check whether the same is a myth or fact, Dr Lomvardas along with his colleague employed an effective genomic sequencing technique known as the in-situ Hi-C. The results from the same showed that the genes on the different chromosomes interacted more than they expected.

Adan Horta, PhD, a recently graduated doctoral candidate in the Lomvardas lab who is also the co-author in the study did clarify stating that Hi-C is actually quite a revolutionary, mainly because of the fact that the same helps map the entire genome inside the cell in 3D. This helped them get a better snapshot of the genome at a particular point in time.

On further analysis, the researchers found the olfactory receptor genes which were located on different chromosomes were physically moving towards each other. Following the same, yet another type of genetic element, the enhancers went on to huddle close together in a completely separate 3D compartment. The enhancers themselves are not genes but are quite impactful in regulating the functions of the other genes.

Apart from these, there has been yet another discovery too. The researchers further found that the protein Ldb1 plays a crucial role in the process. It helps in holding the Greek Island together, allowing them to then switch on the specific olfactory receptor gene.

These combined efforts of the genes are what make it possible for the nose to detect the various scents and distinguish them from each other. The flexibility of this process is believed to be responsible behind explaining us how we easily learn and remember smells in our memory. This involved genomic mechanism is believed to have diverse impacts on the overall further studies concerning the inter-chromosomal findings.

16 Home Remedies For Stomach Flu – Get Relief At Home

12 Ways To Reduce Edema Naturally – Get Rid Of The Swelling

Everything You Want to Know About Excessive Sweating

7 Unbelievable Health Benefits Of Having Sex

Sumana Maheswari - January 24, 2018
0
Sex is not just limited to physical pleasure, it does a lot to smooth over the rough parts of a relationship. On the top,...

5 Effects Of High Cholesterol You Need To Know Of

10 Stretches For Tailbone Pain – Get Rid Of The Coccyx...

A 5 Minute Workout Can Be The Answer To Better Brain...