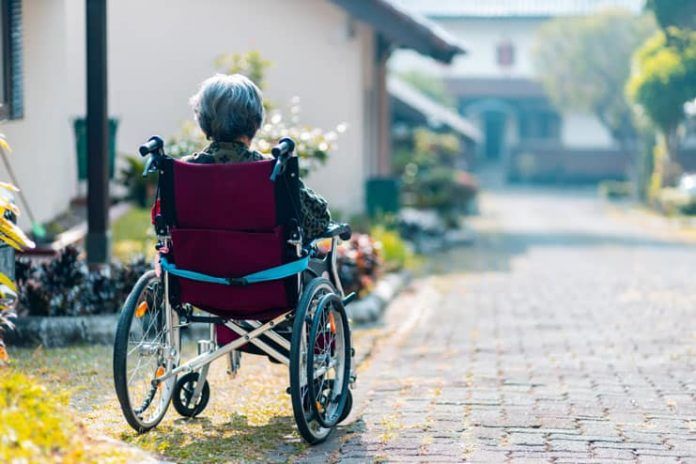 Dementia is one of the most common age related diseases that affects people. The lack of memory and heightened prospect of memory lapses have caused chaos in the lives of several people. Brain networks and connections could be a matter to blame, a new study suggests henceforth.

A new study (R) conducted by the researchers from the University of California – San Francisco used some of the maps of the brain connections to test out how the brain atrophy of an individual can contribute to the spreading of the frontotemporal dementia (FTD).

This finding adds to the existing beliefs that the loss of the brain cells that are associated with dementia does spread around because of the synaptic connections which are established in the brain networks.

Jesse Brown, PhD, an assistant professor of neurology at the UCSF Memory and Aging Center and UCSF Weill Institute for Neurosciences, who is also the lead author of the study said that knowing the way dementia spreads is a breakthrough for the better understanding of the biological mechanisms of the disease. This helps understand what part of the brain and the neural circuits are vulnerable. She said that it’s tough to design a specific mode of treatment until we are sure of what is causing the problem in the first place.

FTD is the most common form of dementia that affects people under the age of 60. It includes a number of neurodegenerative issues along with linguistic as well as behavioural symptoms in the individuals. Much like the impacts on the Alzheimer’s, the FTD impacts do vary depending on the kind of differences one experiences with the spreading of this neurodegenerative diseases.

This variable impact makes it harder for the scientists to pin down the specific markers in the brain atrophy associated with the spreading of this condition. This also makes it tougher to opt for novel treatment options for better cure of the condition.

William Seeley, MD, a professor of neurology and pathology at the Memory and Aging Center and Weill Institute, who is the senior author of the study, has already conducted some prior research on this. His findings suggest that the patterns of the brain atrophy in several forms of dementia do map out closely on the brain networks around.

In simpler words, Seeley suggested saying that unlike the tumor which spreads evenly all throughout, the neurodegenerative disease don’t follow through the same path and jumps from one part of the brain to the other along the anatomical circuits that wire through the connection in the brain.

In this new study which has been conducted by Brows, Seeley and other scientists, they provide better evidence to support this prospect of how well the neural networking in the brain of the healthy individuals could later predict the spread of the atrophy in the FTD patients over the course of an year.

For the study, the researchers recruited 42 patients from the UCSF Memory and Aging Center who were suffering from behavioral variant fronto-temporal dementia (bvFTD), which is a form of FTD wherein the patient depicts varying social behaviour. Other than that, they also recruited 20 patients with semantic variant primary progressive aphasia (svPPA) which impacts the patient’s language skills.

In the initiation of the study, the patients underwent a baseline MRI scan to assess the brain degeneration and the extent of it. They did a follow up scan a year later to find how the disease has spread and progressed over the course of time.

The researchers started by assessing where the brain atrophy started with and based on their hypothesis that the degeneration further occurs in the vulnerable locations in the brain, they proceeded along with the study.

To assess this, the researchers penned down a standarised map of the main functional partners of the 175 specific brain regions based on the fMRI scan reports of 75 healthy patients. Following that, they compared which parts matched the best with the brain atrophy which is witnessed around in the FTD patients. They found that the network’s central hub is the epicenter of the degeneration in the patient.

Once that was deduced, the researchers use the standarised connectivity maps to help predict which areas in the brain are more likely to spread during the follow up scans in the upcoming year. They also compared the accuracy of these scans and didn’t take the network connectivity into account.

The study further clarified that these two prospects of the network connectivity helps predict the spreading of the disease even better. In some of the cases, the disease completely bypassed through the already atrophied regions in the brain instead of jumping out to some of the more functional spots around in the brain.

The research does provide with ample evidence and background but the researchers do believe that the same is still not ready for the clinical trials. They are trying to improve the further accuracy of the findings and make use of individualized networks rather than the average connectivity maps.

11 Reasons Why Sugar Is Bad For You – Take A Look At Its Ill-Effects!

14 Reasons To Do Squat Exercises Regularly For Overall Better Health

10 Most Important Vaccines For Babies – Gift Them A Healthy...

12 Strategies To Reduce Healthcare Costs – Show Mercy To Your...