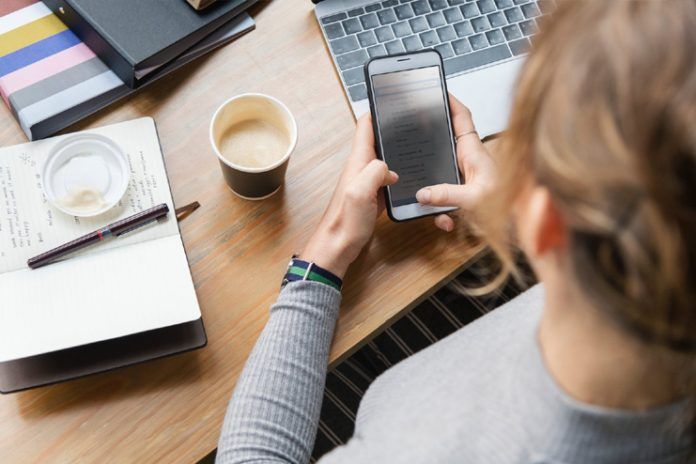 How many hours of the day are you on your phone? Chances are that its way too many and if you want to catch a mental break, letting go of your phone is the best factor in it. If you tend to have the habit of ending up being stuck in the situation with your mobile phone as a rescue, it is best suggested that you do focus on getting rid of it to process a situation at hand.

A new study (R) conducted by the researchers from the Rutgers University suggest that if you have the habit of having your phone on your during some of the mentally challenging tasks around, chances are that the same doesn’t have direct impacts in proper recharging of the brain functions, thus resulting in the poorer performance.

The study was published in the Journal of Behavioural Addictions. It included a group of college students, undergraduates precisely, who were given to solve challenging sets of word puzzles to complete. Once they were halfway done with the same, a group of the students were allowed to use their phones on their break, some were given paper and computers for their work and some didn’t take any kind of break at all.

Upon the completion of the study, the researchers found that the group that took the phone break was the one which experienced the maximum mental depletion through the process. They were also the ones whose mental break resulted in them not being able to solve the problems that they were provided with.

In comparison to them, the ones who didn’t take any break at all were the ones who experienced the maximum results during their puzzle solving through it. Additionally, they were also the ones who did end up solving more problems in the puzzle during the post break session.

Statistically found, the ones who did take a break were the ones who took 19% more time to finish the rest of the task. It doesn’t just stop there. They were also the ones who completed 22% of the problems in the puzzle in comparison to the other ones. This was in combination of both the other two groups one of which took a paper or computer break and the other one which didn’t take any.

Terri Kurtzberg, associate professor of management and global business at Rutgers Business School, who is also the co-author on the study suggested saying that we tend to have a very common habit of reaching out for our phone in between our tasks which is what we claim to be the mental break but it ends up doing no good for our mental ability and processing.

Kurtzberg further elaborated suggesting that the condition of reaching out for our phone is something that does affect our mind and the overall processing factor involved. For the most part, just seeing your phone activates the thought of you trying to sneak in a view of some of the messages and just checking through the social media handles and such.

Out of all the 414 participants in the study, each was given 20 sets of puzzles to solve. They were also given breaks during the process and a budget for them to select and buy three things. They were also asked why they chose what they chose and for their mental break, they were given a phone, paper and computer.

All You Need to Know About Lip Piercing

Figs – Health Benefits, Risks & Nutrition – Everything you need to know!

Somapika D - February 14, 2019
0
How often has it happened with you that you feel accomplished and so happy when a musician hits an unexpected chord perfectly?...

10 Ultimate Ways to Increase Water Intake for Healthier Well Being

Yawning and Everything You Possibly Need To Know About It