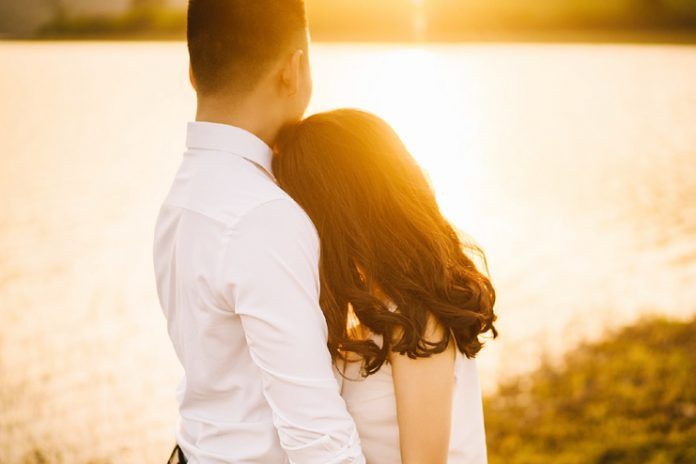 The science behind arousal and the impacts of it in a relationship doesn’t necessarily require a separate introduction. Attaining physiological synchrony was known but the science behind the same was still a big blur altogether.

A new study (R) conducted by the researchers from the University of Colorado Anschutz Medical Campus examined what kind of social interaction was effective enough in inducing physiological interaction among a couple. Physiological synchrony is nothing but the mutual changes in the activity occurring inside the autonomic nervous system.

Apart from the possibilities of the physiological synchrony, the researchers also delved into finding whether or not the levels of the autonomic arousal in the people was connected with the affiliation or even the friendship among two people other than being in a relationship. The findings of the study have been published in the esteemed journal of Nature Scientific Reports.

Chad Danyluck, PhD, postdoctoral fellow at the Colorado School of Public Health, who is also the lead author of the study, said that in more situations than not, people tend to have a better bonding and a better connection when their autonomic nervous systems are in sync.

While this was known before from prior studies, the spectrum of findings in this study is completely different. The data from this study shows that even though several people may showcase similar range of psychological synchrony depending on varying social contexts, the rate of arousal that people share does vary further impacting the overall social outcomes including the friendship interest as well as the perceived similarity.

Shedding further light on the situation, Danyluck further stated that the prospect of psychological synchrony is evident in a number of relationships, be it married couples to even the sports and the military units who work along to coordinate on their behaviour.

With the results from this study and finding the ways in which the shared arousal brings in people together will be fruitful in helping understand how one can hone their development in several programs with reference to building team leadership as well as social cohesion around in the professional environments.

He further suggested saying that his interest is to find the impacts of physiological synchrony in building and harboring better friendship interests among the ethnic and the racial divides.

Stringing along reference from prior studies, even this one observed the rate of physiological synchrony in either branches of the autonomic nervous system along with the spectrum of cooperative as well as competitive social contexts.

The authors also want to dig deeper to find the correlation among the physiological synchrony during the social interactions and how the same relates to the social processes which have ultimately been found to lead into friendship.

Delving deep into the study further, the researchers found that different social contexts were responsible for causing different physiological arousal. What this means is the branch of the autonomic nervous system either because hyperactive or dipped down in reactivity in response to one of the experimental tasks.

However, the researchers also found that in every condition, the strangers did quickly go in sync and did the same in each of the branch of the autonomic nervous system irrespective of whether they were high or even low in their arousal.

The only factor involved was the fact that whether the social or even the physiological context of synchrony was contributing to the social outcomes was responsible on which branch of the autonomic nervous system displayed the prospect of synchrony.

Coming on to the findings, the researchers found that the people who shared similar prospects of sympathetic arousal was enough and sufficient to increase the perceptions of similarity which is the stage just before friendship.

Explaining the situation, the researchers do believe that the same could be dependent on the patterns of the sympathetic arousal correlating with the body movements in the individuals which explains the perceived similarity among the people or group involved.

Additionally, the group of participants who reported back with heightened levels of parasympathetic synchrony as well as parasympathetic reactivity was high ended up reporting better friendship interest depending on the social context that they are conversing about.

The entire study was conducted with 134 participants who interacted in pairs. The researchers indulged in two distinct prospect of social context to help test out their impacts in both the sympathetic as well as the parasympathetic reactivity. The researchers, apart from the physiological synchrony, also examined how the synchrony was responsible for the predicted affiliation as well.

Serotonin Could Be The Reason We Freeze When Startled, New Study Suggests

13 Myths About Vaccination – Let Us Debunk The Façade

Resistant Starch Diet Plan – All That You Need To Know

Somapika D - June 25, 2019
0
We often see a drastic change in our personalities during our stage of adolescence. While the same is often blamed on the prospect of...

How To Use Birth Control Pills Effectively