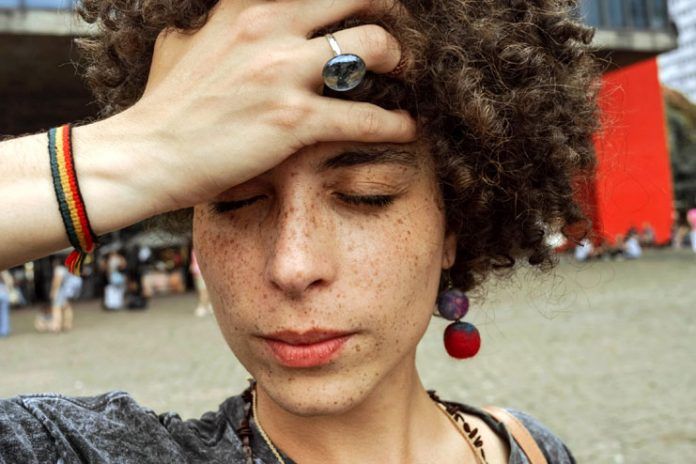 Women are subjected to quite a lot in their lifetime, the risks of autoimmune diseases being more in comparison to men. While the statistics did prove out the same, the reason behind the same wasn’t clear up until now.

A new discovery (R) conducted by the researchers from the University of Michigan where they found a key role for a molecular switch called the VGLL3 in autoimmune diseases along with the major gap incidence between men and women. If prior studies are to be considered, it is believed that women tend to have more of VGLL3 on their skin cells in comparison to men.

In order to get a better understanding and outlook on the same, the researchers decided to study it further on mice. They concluded for a fact that the presence of more VGLL3 in the skin cells does have the potential subject the immune system into an overdrive, thus enhancing the risks of autoimmune diseases like that of Lupus.

When it comes to addressing the issues concerning the heightened risks of autoimmune diseases in women, the researchers suggest that the problem does lie in the skin.

New evidences in the study have found that the key to this does lie in the role for a molecular switch called the VGLL3. In a study conducted 3 year ago, the researchers found that women tend to have more VGLL3 in their skin in comparison to men.

Relaying through the excerpt, the researchers extended their realm of finding to the mice. Working the same on mice, the researchers have found that excess presence of the VGLL3 on the skin does have the potential to end up putting the immune system of the body into an overdrive. What this does is end up imposing the “self attacking” autoimmune response, thus affecting the internal organs in the process.

The team of researchers described the process in which the VGLL3 set of some events in the skin which I what is responsible for the immune system to come running even when there’s more or less nothing running against or around.

Johann Gudjonsson, M.D., Ph.D., and professor of dermatology at the U-M Medical School who also led the study stated saying the VGLL3 is what is responsible for regulating the immune response genes which have further been implied to play a crucial role when it comes down to the autoimmune diseases, especially that in the women.

Gudjonsson further clarified that with this discovery they have more or less shown how the over-expression of the VGLL3 in the skin of the transgenic mice is more than enough to showcase a phenotype which is a lot similar to systemic lupus erythematosus.

What are the impacts?

Following the initial findings, the researchers did find that the excess presence of the VGLL3 in the skin cells did change the expression levels of a number of genes which are key to the normal functioning of the immune system in the body. The same is what happens with the alteration of the genes in some of the autoimmune diseases like that of lupus.

The alterations in the gene expressions which were caused by the VGLL3 did impose several negative impacts on the mice. The same did make the skin of the mice scale and very dry. Not just externally, the mouse was also found to have been producing antibodies against its own tissues in the body which does have the potential to destroy the kidneys in the Lupus patients.

The only shortcoming in this is the fact that the researchers are yet not sure as to why the presence of VGLL3 is more in women in comparison to men. They believe that the same could very well be because of the evolutionary time that females have developed better immune system to fight off infection, often subjecting their body to the risks of increased autoimmune system.

Majority of the current treatment options and medications for lupus have been found to have negative impacts and side effects on the body, from the increased risks of infection to cancer or even kidney failure.

Being able to find the key factors downstream of VGLL3 may help in identifying the targets for not just new but much safer therapy options, thus benefiting the patients of both the sexes.

Further research and its role

Michelle Kahlenberg, M.D., of the U-M Division of Rheumatology who is also the senior author for the study is currently recruiting patients suffering from the Lupus disease to be able to monitor the condition even closely for finding better approaches to the treatment.

Not just that, Bill did clarify stating that the patients that do come to her seeking medical help for their condition are very much convinced to provide with their skin samples as well as the DNA samples for the purpose of the study. This is believed to be very much helpful in scrounging through better and new discoveries in this field.

Patients suffering with autoimmune diseases do get frustrated with the multiple therapies that they have to undergo. One of the researchers involved in the study stated that when they mention that they are currently working on a mouse with a similar condition like them and trying to find a better approach to their treatment, it does bring out a better and much more positive outlook for them.

11 Side- Effects of Consuming too Much Milk

How to Get Rid of Nausea | Best Home Remedies for Nausea

Prajakt - August 30, 2017
0
It is important to know that the appearance of white spots on the throat is not at all a normal condition and help from...

20 Health Benefits Of Meditation According To Science

Check Out Some Celebrities With Type 2 Diabetes

10 Effects Of Night Shift On Health – Know The Impacts...