HealthSpectra
Home Health Tips 14 Things You Should Never Do After Eating – Know The DON’Ts! 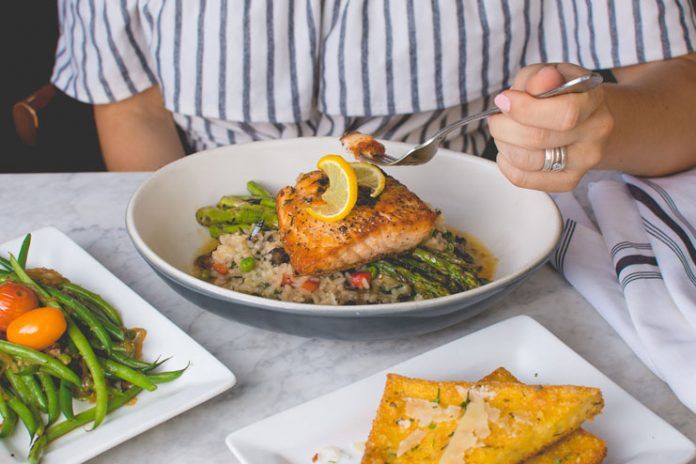 What was the thing that you did immediately after eating your lunch?

If the answer is sleeping or smoking, chances are you are adding to the things you should never do after eating.

To be fair, the list doesn’t just stop there.

We are often doing a number of things after our meals that we don’t even realize are impacting a negative impact on our health.

In here, we are going to share some of the things to avoid after eating to ensure the best of health.

Things You Should Never Do After Eating 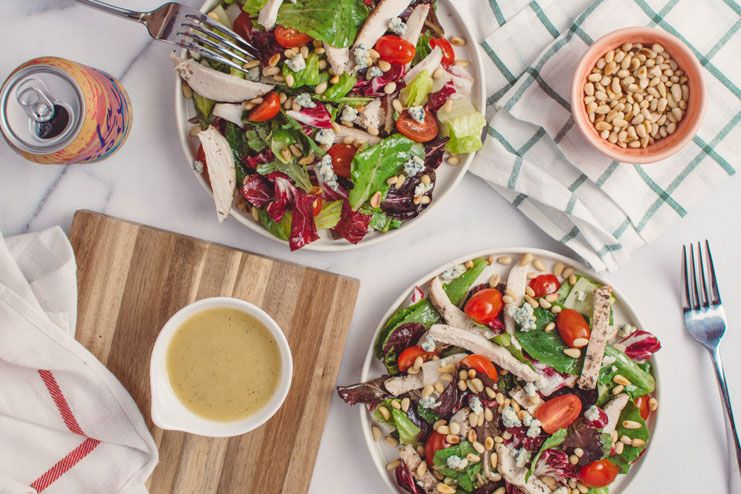 If you just got done with your meal, there are a number of pointers that we would love to share that one needs to avoid doing. When you have eaten a healthy meal, you want the same to be digested well before you do anything that could sabotage the same.

In here, we will give you a quick rundown of the things that you definitely shouldn’t do after your meal. 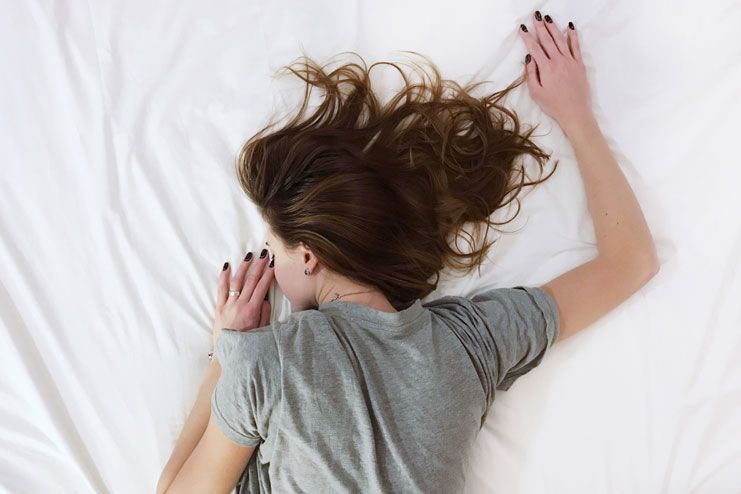 As tempting as it might sound to get some sleep and lay down on the bed, that is one of the worst things that you could do.

Sleeping right after a meal has been found to inflict negative impacts on digestive organs, suppressing their functions.

Getting to bed right after a meal ends up impacting the digestion and can cause the risks of bloating and discomfort that many tend to complain about.

Studies have also found that individuals who avoid sleeping right after their meals also have lesser risks of strokes and heart diseases. 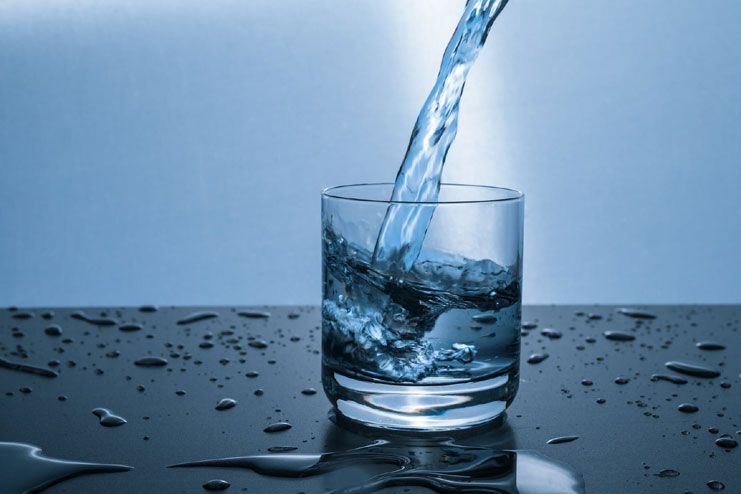 Drinking ice cold water during the summers is a staple, especially after meals, aren’t they?

While water is a crucial component when it comes to digestion of the food, drinking cold water right after a meal can end up causing clumping of the food, hampering the digestion process.

Cold water also slows down the digestion process because of the diverse energy utilization that the body and the digestive organs have to indulge in.

This is the reason why it is best that you skip drinking water at least an hour from your meal. Let the food settle in well first. 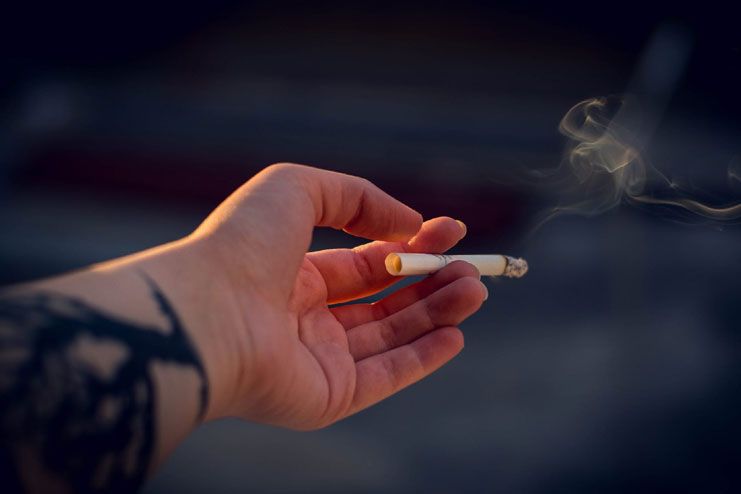 Would you believe if someone said that smoking one cigarette after a meal because of the same impacts as smoking 10? Studies have claimed it to be true.

Smoking itself is a habit that contributes to risks of cancer and several other diseases. Doing that after a meal adds to the negative impacts furthermore.

Cigarettes contain carcinogens which have been found to have direct impacts on your well being, be it after eating or any time of the day.

It is just that the intensity of the impacts enhances when it is done after eating.

Smoking has also been found to contribute to the persistent irritation of the intestines. After your meal, there is a high affinity for the nicotine to bind with the oxygen in the bloodstream, further enhancing the risks of cancer. 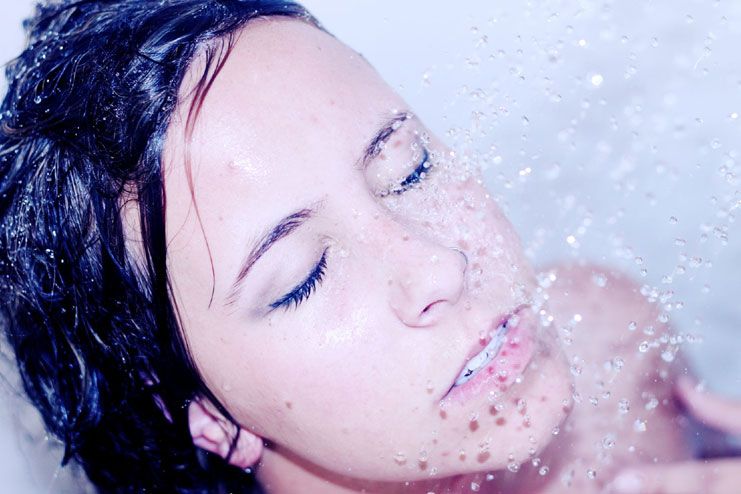 Many people do have the habit of taking a shower or bath after their meals. Don’t do that.

When you have eaten, the body produces energy by burning the food. Taking a shower has been found to slow down the digestion process, mainly because of the reduced body temperature.

The blood circulating around the stomach moves out to the rest of the organs, thus delaying the digestion process even further.

If you don’t want to feel bloated and experience a sour stomach, it is best that you at least wait for a hour or so before you end up taking a shower.

Another one of the things to avoid after eating is wearing body hugging and tight clothes. When you are eating your meal, your stomach is consistently distending to accommodate the food that you are eating.

When you wear restrictive clothes, the same imposes constant pressure on the stomach and the abdominal region, impacting the digestion process.

This can not just delay the digestion process but can even contribute to the condition of heartburn that many complain about.

Not just during eating, you want to have those loosely fitted clothes after your meals as well. This allows you to have a comfortable eating experience and promotes better digestion as well. 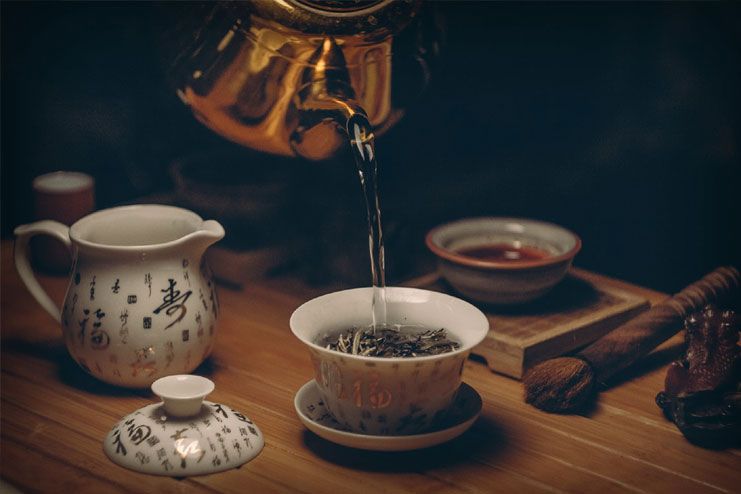 Often, people do have a habit of drinking tea or coffee after their meals. Try and avoid that habit, especially after your dinner.

It is important that you drink these beverages at least an hour after your meal.

It is hard to pinpoint the exact reasons why drinking either of these rights after a meal is considered bad, but it is believed that the same end up hampering the digestion process. 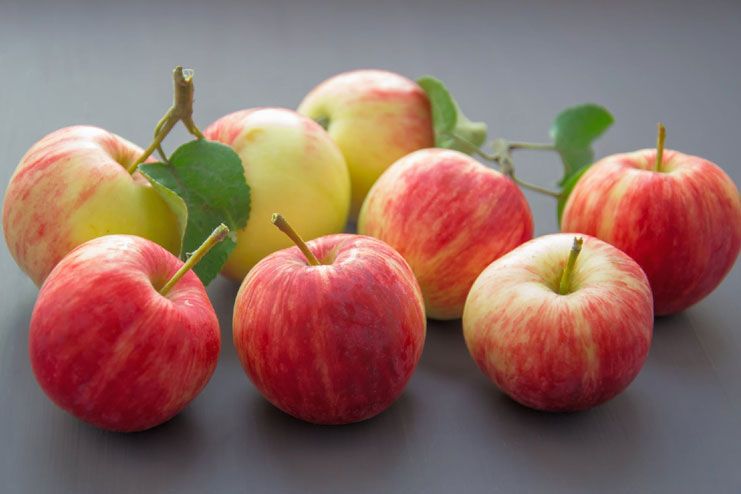 Fruits are healthy for you but not something that you want to eat after lunch or dinner.

When I say that you are setting yourself up for a disaster if you eat fruit after or with a meal, I am serious.

Fruits are high in fiber but can be digested easily. It takes them around 20 minutes to be transported down to the intestines from the stomach.

Eating fruit after your meal means that it will stay stuck above the food, thus not being digested completely. This often ends up making them rot in the digestive tract, doing the same to the food as well.

This is something that happens often when you eat fruit after a meal. So, if you are planning on eating one, wait for 1-2 hours after the meal and let it digest first. 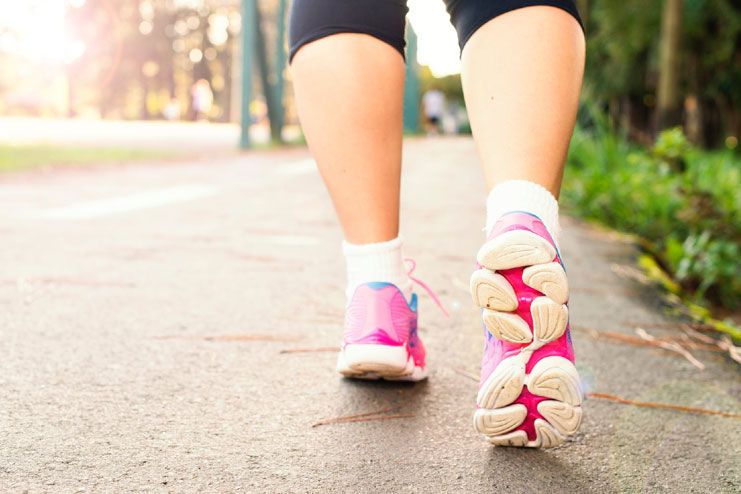 Many people do have the misconception that walking after a meal is a healthy option, especially when you are looking for ways to lose weight.

That is absolutely not the case. If you do want to lose weight, it is necessary that you opt for some other ways but indulging in a walk right after your meal might not be the best idea.

Often times, going for a walk right after a meal can impact the digestion process and even end up causing issues with the heartburn and improper digestion that many tend to complain about.

If you do want to go out for a walk, make sure that you wait for 30 minutes to an hour before doing so. 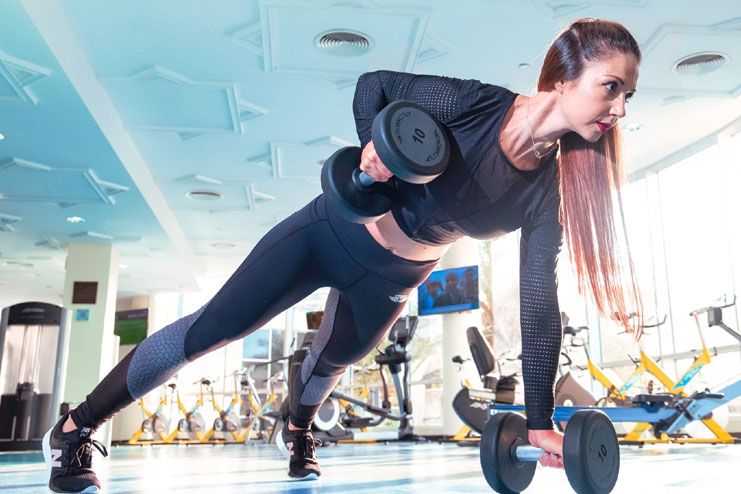 Much like brisk walking, even working out after a meal can end up disrupting the digestion process in the body.

Since the body does need an hour to two hours to digest all the food and ensure absorption of the nutrients, the last thing that the body needs is an excess form of exercise that can end up disrupting the whole process.

Indulging in a workout right after a meal can end up causing bloating and even vomiting if you overdo it. 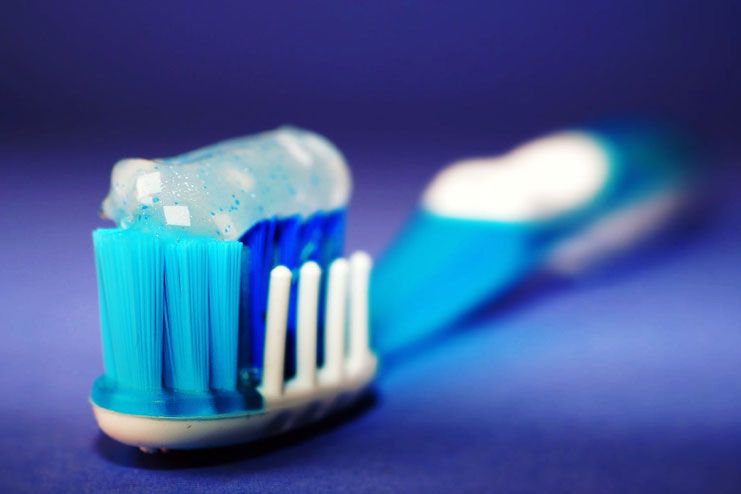 Brushing your teeth after a meal is something that is touted as a beneficial step when it comes to maintaining your oral hygiene.

But, if you have a habit of brushing your teeth right after your meals, it can cause the enamel to erode. The oral cavity is very acidic after you are done eating a meal.

So, what happens is that when you brush your teeth after the meal, you are brushing off the upper layer of the teeth along with it.

This has been found to have negative impacts on your oral health, especially in inducing the risks of sensitivity.

If you want to brush your teeth, make sure that you wait for at least 30 minutes to let the mouth produce enough saliva to buffer the acidic pH in the oral cavity. Brushing after that is not that harmful.

When you are eating your favourite food, it is likely that you might end up overeating.

While that is not the problem, especially when it is done every once in a while, the problem arises when you loosen the belt.

Loosening the belt is itself a sign that you have overeating. So, instead of making the situation worse than it has to be, avoid loosening it when you are feeling uncomfortable. 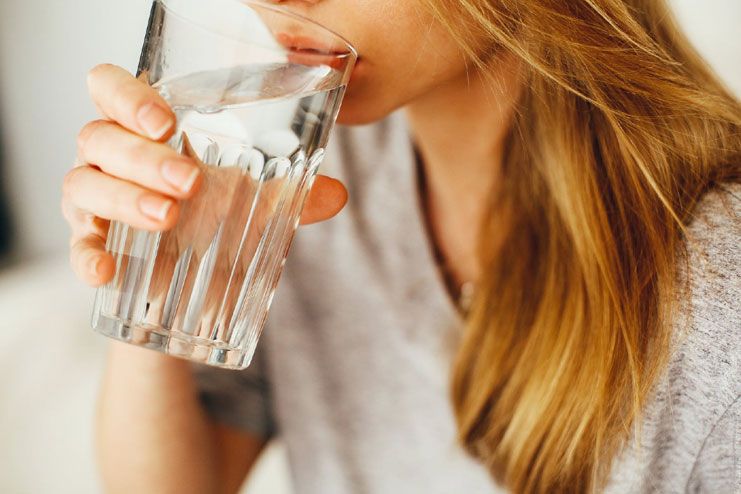 Another one of the common things you should never do after eating is to drink more water than what is necessary.

This has been found to put the pressure on the food bolus, making it difficult for the food to be digested properly.

Instead, ensure that you do indulge in avoiding water for at least 1-2 hours after a meal.

Let the meal be digested properly and then drink the water than you have needed. 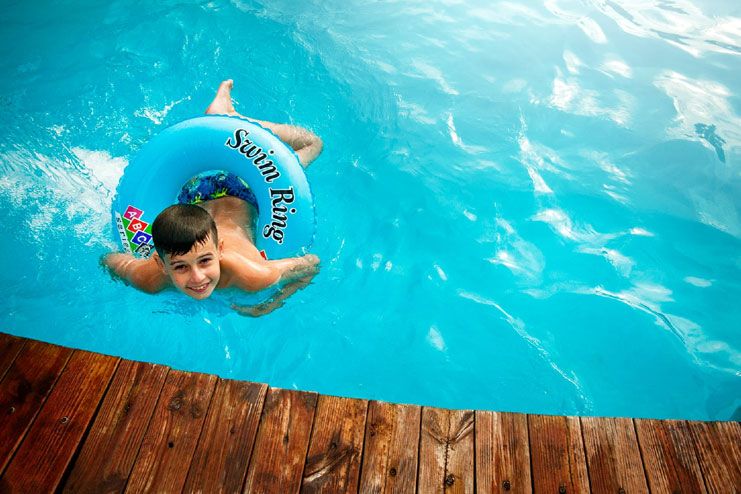 Swimming after a meal is again a bad habit that you need to let go.

The body needs to have an optimal temperature for you to be able to digest the food that you have eaten.

When you go for a swim, the core temperature of the body comes down, affecting the digestion process and slowing it down.

Additionally, swimming also ends up affecting the normal movements of the stomach and intestines, causing cramps and bloating.

It is best suggested that you wait for 2-3 hours before jump inside the pool. 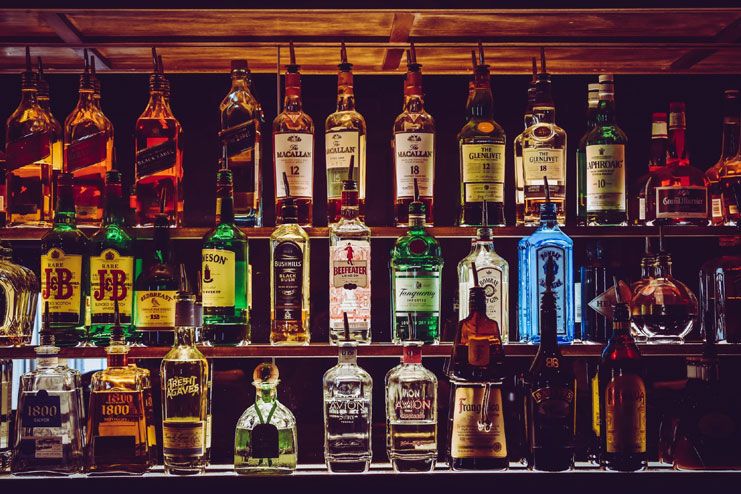 It is very common for people to have food with their alcohol because the same otherwise ends up making them feel lightheaded.

But, this is also one of the things to avoid after eating, especially because of the fact that it causes direct impacts on not just the digestion but the nutrient absorption from the food as well.

It can also often make you feel very nauseous, especially if you face a hard time keeping your liquor down.

When it comes round to the things you should never do after eating, these are some of the important ones that we wanted to sort out for you. If you have been doing any of these after your meals, make sure that you avoid doing them straight away. Not only do they affect your digestion but the same has been found to have grave impacts on the nutrient balance in the body as well.

Did you know that many fruits and vegetables can b

Diet during periods is one of the most important f

Great for your kids shoes #SmellyShoes Drop ? if t

So, you have a trip planned out with your friends