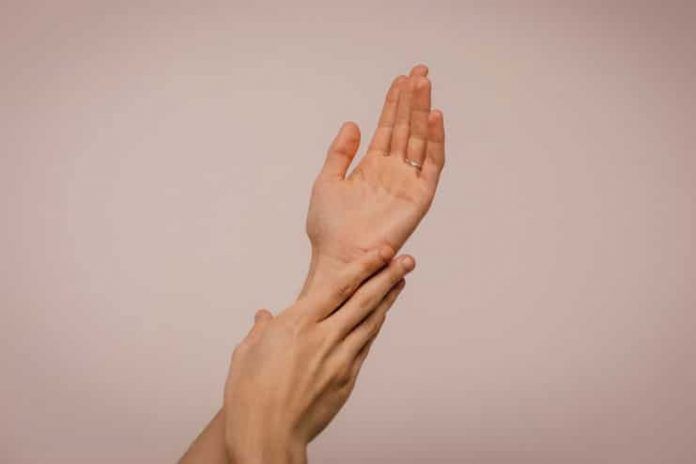 It is not uncommon for you to recognize and distinguish your own touch with that from others. But, have you ever wondered how we distinguish self touch from that of the touch of a stranger? While you might know that it is the job of the brain to get the problems sorted, but did you know how?

A new study (R) conducted by the researchers Linköping University have found the mechanism by which the brain functions to help us distinguish self touch from other proprioceptive touches. It has been concluded in the study that the brain works around to reduce the sensory perception from site of the touch when it’s done by us.

This new finding is believed to be a breakthrough in establishing how and why we are able to exactly distinguish between the self touch and being touched by any other person, for that matter. The findings were published in the Proceedings of the National Academy of Sciences, PNAS.

While it is not uncommon to not be well aware with the difference when you are touching yourself, the ability to successfully be able to distinguish the touches is what is intriguing.

If the life of a new born is considered, they spend the initial days of their lives learning about their own body mainly via being touched and cuddled by the people who care for them. You would necessarily be astounded to know for a fact that while majority of the people can’t tickle themselves, some schizophrenic patients can.

This indicates that the mode of perception of the touch is perceived different by some people suffering from mental health disabilities.

The scientists found that the brain restricts down the processing of the sensory perception when it comes down to the self touch.

If you weren’t aware, our skin has scattered presence of several sensory receptors which respond to heat, pressure, cold and touch as well. Any kind of proprioceptive signal is passed on by these sensory nerves through the spinal cord and then relayed on to the brain via several nervous pathways where they are processed to revert with the motor functions to that signal.

In this new conducted study, the researchers worked around to perform a number of experiments on some healthy individuals in a magnet resonance camera. This was used to record the activity of the brain with the fMRI technology.

These individuals were then asked to stroke their own arms following which the researchers were the ones stroking the arms in the similar manner. Once done, the recording from the used camera was seen. The main objective of the researchers was to find how these changes in the touches affected the brain or were linked to the brain activity.

Rebecca Böhme, postdoc in the Department of Clinical and Experimental Medicine and the Center for Social and Affective Neuroscience, CSAN, at Linköping University who is also the principal author of the study stated that their results clearly indicated a reduction in the brain activity when it came down to self touch while the same was not the case when the touch was initiated by someone else. She further went on to clarify that these changes and differences start out as early as in the spinal cord before it is finally relayed to the brain for further processing.

There has a prior conducted brain research study which insinuates a similar conclusion stating that the brain predicts the sensory consequences of each and every activity we indulge in. What it means is that the sensory outputs are not that drastic when it is self touch because we expect that already.

Dr Rebecca further went on to state that as the findings suggest, the differences stem from the spinal cord stage itself. While it might not trigger the interest in some, it is actually quite interesting to note how self touch and being touched by someone else has different perceptions in the brain. This is especially very interesting when it comes down to the visual system which the researchers are going to further work into.

12 Foods For Breakfast For Weight Loss In A Healthy Way

Which Foods To Avoid With Rheumatoid Arthritis

12 Ways to Improve Gut Bacteria – Treat Your Gut With...

Somapika D - February 22, 2019
0
Our body is home to a plethora of bacteria, some good and some bad. Our gut is also filled with good bacteria that are...

How to Remove Upper Lip Hair? Here Are 12 Easy Ways...

Suicide Attempts With Self Poisoning In Teens And Young Adults Doubled,...