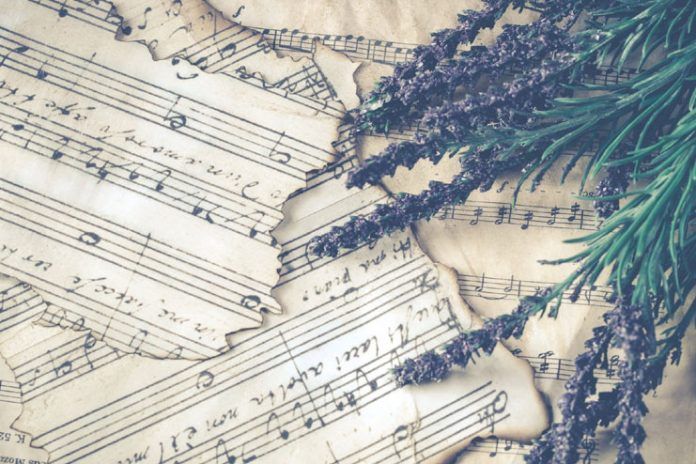 We are aware of the fact that proteins are the building blocks of your body. But, the one thing about this that stands out of everything is the fact that scientists were able to convert the proteins into musical notes that would help them gain a better insight into the protein structures as well as be able to create new variations of the same.

A new study conducted by the researchers from the Massachusetts Institute of Technology indulged in forming a combination between the science and art by developing a method through which they could be able to convert the molecular structures of protein into audible sound and musical notes resembling the musical passages.

They were even able to reverse the process which helped them introduce new variations in the music and even help in then creating better and newer proteins that has never been seen in the nature before. If you think the process is as easy as humming a new tune, you are sadly mistaken.

The process is very systematic in which the process is quite easy into translating the protein’s sequence into the amino acids further into a musical sequence engaging the physical properties of the molecules to be able to determine the sounds.

In order to make them audible to the humans, the sounds were transposed but the tones and the relationships among them are based off of the natural vibration frequencies of each of the respective amino acids which were then computer using the quantum chemistry.

The entire system was developed by Markus Buehler, the McAfee Professor of Engineering and head of the Department of Civil and Environmental Engineering at MIT, along with postdoc Chi Hua Yu and two other researchers.

As per the capability of the system, it effectively translates 20 types of amino acids which are the building blocks that join together to form the proteins which then forms into the 20-tone scale. These long sequences of amino acids then go on to form the sequence of notes altogether.

Such a distinctive scale does sound a lot unfamiliar to the people who normally listen to the Western musical traditions, listening to the notes on a regular basis can actually come in handy in helping through the prospect of familiarizing with the sounds.

Beuhler, who is the main head behind the system, suggested saying that he is now able to listen to some of the resulting melodies and can easily distinguish between some of the amino acid sequences that correspond to specific proteins like the beta sheet and the alpha helix.

Learning more about it

With the prospect behind the system, the main goal was to develop new variants of proteins. The whole concept according to Beuhler is to understand the proteins and the vast range of variation that comes along with it. Proteins are an integral part of our body, not just for our skin, bone and muscle but also for the enzymes, signaling chemicals and the molecular switches.

Beuhler believes that proteins have their very own language which is something that we aren’t aware of. We aren’t aware of what it is specific in a silk protein that make it as such or what kind of patterns reflects the functions found around in the enzyme and so on and so forth. We lack the code to crack the functionality behind the same.

So, by translating this specific language into a different form that the humans are well versed with, it allows the different versions of the same to be encoded in varying dimensions, be it the pitch, volume or even the duration.

The team of researchers is working to establish better insights and relationships between the different kinds of proteins and the variants of it. When it does come down to the music, the process is quite hierarchical with multiple levels of structures to it.

The entire team did leverage the artificial intelligence to be able to study the catalogue of melodies which was then produced by different variants of proteins. Following that, they used ways to include minor changes in the musical sequences or end up creating completely new sequences.

Following that, they successfully translated the music back into proteins to either create existing proteins or end up making new variants of the same. Even though the researchers don’t have a clarified notion about the prospects behind the same, the artificial intelligence did have an insight into the same all the more.

With the help of the AI, the researchers were able to encode varying types of proteins, both new and the existing. While it is not possible for the humans to manually create proteins from scratch, the same was actually quite easy to do for the artificial intelligence to do. Given that there are trillions of available options when it comes to the potential combinations of new proteins, leaving it on the AI is what makes the process easier.

The “Composition” of the new proteins

The usage of the system with the Artificial Intelligence does make it a lot easier altogether, entering in the data associated can help with the production of a completely new design within a matter of few microseconds.

Beuhler stated saying that none of the other available models comes close to the kind of accuracy this one brings in. The only downside to it is the fact that none of the researchers know what is going on inside the system, they just know that it’s working.

This specific mode of encoding of the structure is not just effective but takes off the shield in terms of the removal of the static nature of the same. With this form of research, they know that none of it is static at all. It is consistently moving and is vibrating as well. Every single bit of it depends on the vibrations it brings along with it. This is what can be used as a concept to describe the matter.

The only downside to this method is the fact that it doesn’t allow any kind of directed modifications. It is upto you to deduce and decide what it is that is causing the changes around altogether. You need to do the experiment altogether because there is no specific way to predict the same involved.

The team of researchers was also successful in creating musical compositions which were developed from the sound of the amino acids, thus giving way for the 20-tone musical notes. The entire sound base that they created was solely based around on the sound that was generated from the amino acids. The same didn’t include any kind of artificial sounds.

While this still needs more research to get a better idea into the prospects involved, it is best suggested that one takes this prospect and even the thought as a stroke of genius. Being able to convert the proteins into music and vice versa can actually prove a lot fruitful in a number of stances involved.

26 Health Benefits of Pomegranate That Will Leave You in Shock

How to Get Rid of Heartburn

Tantric Yoga: What is Origin, Ways to Practice- Everything You Should Know!

18 Food Swaps For Weight Loss – Switch To A Sustainable...

Somapika D - December 5, 2019
0
We are all stuck fighting a battle between losing weight and eating something that is tasty. For the most part, it is a misconception...

How To Choose A Diet Plan? Ask Yourselves These 12 Questions...

18 Best Exercises For Balance – Get Your Posture Fixed

20 Practical Ways to Stay Relaxed Through Out The Day

How To Treat Oily Skin Effectively With Natural Products